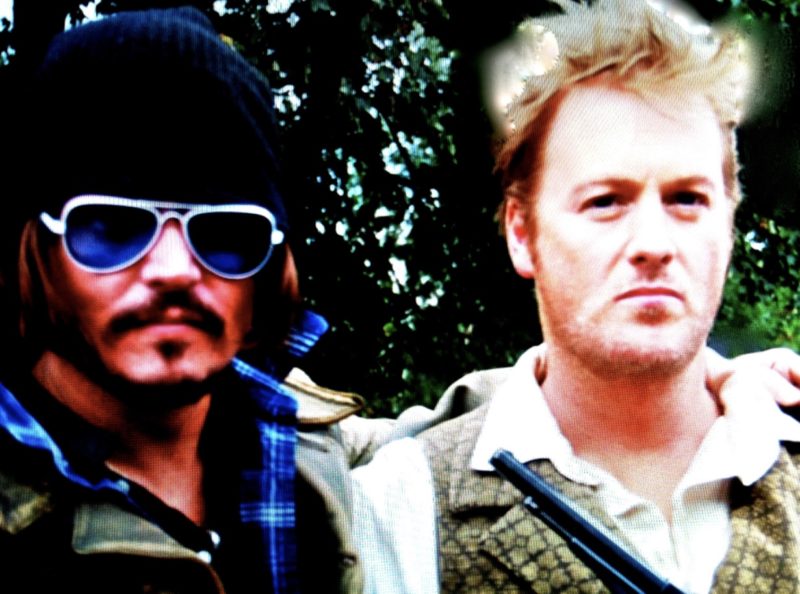 So, I have been very kindly asked to describe a pivotal moment in my career – or “not proper job”, as I see it. Of course, there are my kids but that’s private, and beyond that I can’t really think of anything else that I can remember as “pivotal”. When I was four, my parents took me to New Zealand on a Greek ocean liner. Flying was too expensive. In those days, if you could secure a job abroad, you could take your family on a ship for £50.

It took 36 days to get there, via New York, the Suez Canal, Ceylon (as it was then called) and Tahiti. The only memory of this trip was captured in black and white photos, with the odd Kodak Technicolor one thrown in.

The cabin we shared with one tiny porthole was painted bright economy orange, so if you weren’t seasick from the rocking, the walls would bring the chunks up. We had gone for good. At Southampton, we waved our seething grandparents goodbye forever, only to return four years later due to another pivotal moment, which I think was my father losing his job, but I wasn’t savvy to that, and I still don’t really know what happened or why we returned.

It is now the past life of someone I don’t remember being. I have a misleading memory. I comfort myself with the fact that nostalgia is a complicated bastard. So hopefully without sounding horrendously pretentious, my life so far has been a combination of different strangers who have disappeared every five or ten years at a time, been forgotten, and then resurrected as a new person, or zombie (depending on the hour of day).

I look at photos from that time and don’t recognise myself in the photos.

Anyway, this next section is me recounting and nailing down a pivotal moment that I actually recall most of. Admittedly, this will seem like an enormous name-drop and I apologise, but I feel extremely strongly that this meeting I am about to describe blew away the cobwebs of a huge hit that had defined Babybird as a “pop act”.

Babybird are not a pop act. Johnny Depp recognised that immediately. He saw beyond all the shenanigans of the music business and spotted, even in the verses of that love it/hate it “You’re Gorgeous” song, the darkness and tinted humour.

The story goes that Johnny was sat with Marilyn Manson when they struck upon the songs “Bad Old Man” and “Take Me Back” from the Babybird album There’s Something Going On, and decided that the “lunatic” who had written this should be located. I never met Manson, but I did Depp. He was filming Finding Neverland at the time, and he had asked my manager if I’d like to go to London. Obviously, I thought it was a joke. At the time I was in Pembrokeshire at my parents’ house, with a two-year-old and partner, who remember things better than I do.

He saw beyond all the shenanigans of the music business and spotted, even in the verses of that love it/hate it “You’re Gorgeous” song, the darkness and tinted humour

So, me being a naive idiot, I thought I’d be getting some helicopter sent down to take me to London. Bollocks. The next day I got on a train for a seven-hour trip to King’s Rd. Straight out of the taxi, I was accompanied down a long dark entrance with white strip-lighting at the floor edges. I was knackered from a shit train trip sat next to a large crisp muncher. From the dark hall, I was soon in a lighted reception room, with various members of a film crew milling around. I stood there for a while and saw two jeaned arses under a table. They were fiddling with speaker cables, when someone said: “Johnny, Stephen’s here.” 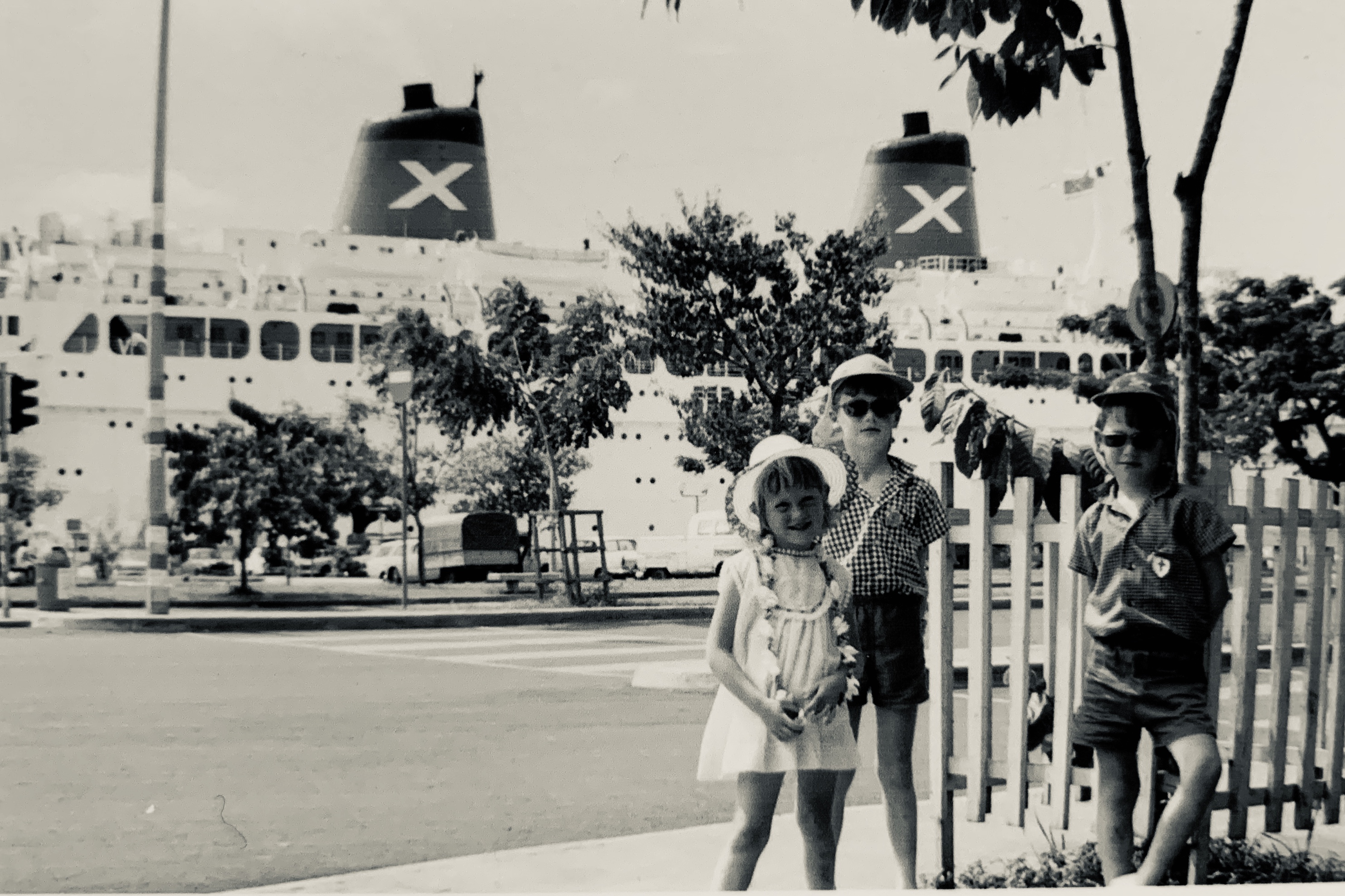 Stephen Jones pictured as a child.

Yet backing out from under the table wasn’t the mythologised figure one might imagine. In fact, I apologise as I hope I’m not portraying this fluke encounter as some kind of big deal. I’m sure at the time I was shitting myself, but now writing about it it seems very normal, and for someone who can’t clearly remember what he did from decade to decade, this moment was crystal. I even remember the colour of the arsed jeans, a cross between dark denim and stone-washed, tucked into trademark boots. I even remember the speaker he was fiddling with: a transparent glass dome that sunk back at the top into its middle like a static whirlpool.

Johnny offered me carrot sticks and a dip, and we talked about the computer speaker. “You should get one”, he said. The sound was ridiculously good so I did, and stupidly cheap too at a hundred quid. Johnny was like that – no mythological beast, no servants and completely unlike all the shit written about him. We became friends from that day. I’ve been unlucky enough, through writing a few songs that did okay, to meet the odd celebrity, sharing slots on TV shows etc., and most are self-obsessed turds.

My friendship with Depp would have ended there if he had been a celebrity of that ilk. He wasn’t. He’s extraordinarily down to earth and so simple to be around – quiet, softly spoken. And, thankfully, it all turned into two albums and the “Unloveable” video (it’s on YouTube). Luckily, he saw beyond the knackered idiot with a marmite hit who had traipsed seven hours from West Wales, probably talking nervous shite. We even survived the evening of that first day’s meeting. Depp always blames me, but I’m convinced he was the one that ordered the Grappa. I’d never had it before but what a fucker – horrendous hangover.

I hope I’m not portraying this fluke encounter as some kind of big deal. I’m sure at the time I was shitting myself, but writing about it it seems very normal

The next day, Johnny had an early start to act scenes with Dustin Hoffman, but was out like a black light bulb. I even got asked to try and wake him up, so another bizarre moment: trying to shake someone awake that I’d met only yesterday. Eventually he stirred, and asked me to come watch the scenes, but my head was split into banging hammers, so I stupidly declined and went back to Wales to my two-year-old daughter and partner. A good choice.

In sum, you could say that pivotal moment was many things. For one, it’s an example of a moment that I can actually accurately remember. I have been around the globe on a boat but don’t remember a minute of it, except what I see in my mother’s black-and-white photos, and in my recollection that my parents had no plans to return to England. Had that ended up being the case, there would have been no partner and I wouldn’t have the kids I have now.