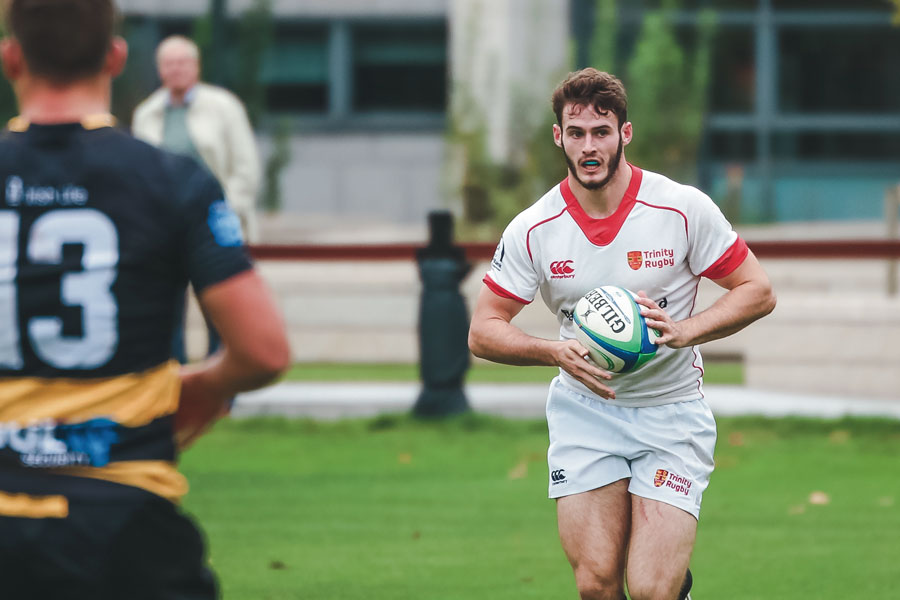 Jack Kelly, of Dublin University Football Club (DUFC) Men, has been selected in the Ireland Men’s Sevens squad set to participate at the HSBC World Rugby Sevens Series in Dubai next week.

Kelly, a fourth-year law student at Trinity, has already made five appearances for the sevens team. Kelly made his debut for the team earlier this year at a previous World Rugby Sevens Series event held in Twickenham last May. Ireland were drawn in Pool C, where they faced New Zealand, Scotland and England. Ireland reached the last-eight of the competition, before losing out to eventual winners Fiji.

Kelly captained the Ireland under-20 squad that participated in the 2017 Six Nations. Ireland finished fourth in the competition, recording wins over Scotland, Italy and France.

Kelly has also represented Ireland at under-18 Schools and under-19 level.

Kelly, who plays at full-back and wing, has also represented Leinster at several levels. He captained Leinster A to victory in the inaugural Celtic Cup in October 2018, when they defeated Scarlets A 15-8 in Llanelli, Wales.

In November 2018, he made his senior Leinster debut off the bench in a Guinness PRO14 clash against Ospreys. He is yet to made another senior appearance for the side.

Kelly has also represented the province at under-18 Schools, under-19 and under-20 level.

Kelly made several appearances for DUFC last season in the All-Ireland League (AIL) Division 1A. He has not yet featured in the first team this season.

He will be joined in the Sevens squad by Greg O’Shea, the winner of the latest instalment of ITV’s reality TV  programme Love Island.