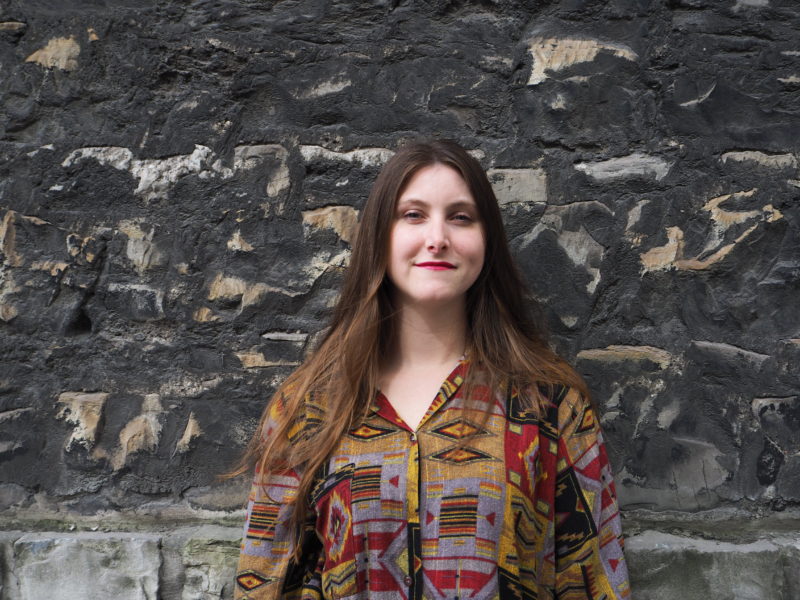 Ellen Finnerty for The University Times

I meet with journalist and writer Caelainn Hogan on the day her first book, Republic of Shame, is released. Speaking to The University Times, she describes how surreal it is to finally see the book on the shelves in Hodges Figgis, the book shop she frequented as a student of English in Trinity: “It’s really exciting to have it out and for people to finally be responding to it.”

Republic of Shame is a work of non-fiction that documents an experiential investigation into mother-and-baby homes and Magdalene laundries. These institutions were operated by the Catholic Church, and supported and funded by the Irish State, from the 1920s right up until the end of the 1990s. Hogan spoke with women who were sent to these homes, people who were born in them and members of the religious orders who operated and supported the institutions.

The book gives a harrowing account of how an entire society colluded in this cruel, authoritarian and repressive system. Hogan offers a portrait of a culture of shame and control that originated in the church, but was facilitated by both the church and the state. This shame and control still manifests in Irish culture today, and Hogan testifies to this ongoing trauma.

“I think younger people tend to think that it is something in the past that doesn’t affect them and that they don’t have a direct connection, but the legacy of shaming women, separating mothers from their children because of stigma, it has a generational impact.”

“It doesn’t just end with the person who is born in the institution. It affects families for generations”. Hogan’s book records the testimonies of women whose lives are still affected by the pain and suffering caused by these institutions.

Ann O’Gorman, whose baby died in Bessborough mother-and-baby home in Cork in the 1970s, is still searching for her daughter’s burial place. Hogan explains: “That was something that was so powerful and important for me – to understand that this is an ongoing legacy. It’s not the past and it is affecting my generation. People were born in these institutions the same year as me, people younger than me.”

The pain and loss that was endured in Ireland during this period permeates society today. In the opening chapter of the book, Hogan describes her own realisation of the scale of this trauma. She writes: “Once I started working on this book, and mentioning it to people, it came to seem that everyone I knew had a friend, an aunt, a cousin, a classmate or a neighbour who had been sent to one of the institutions, or who had been born in one of them. This was not a subculture; this was a mainstream set of experiences, hidden in plain sight.”

Hogan speaks about growing up in Dublin in the 1990s, describing how her generation had a level of awareness about abuses within the church. These abuses were beginning to come to the surface during that time. “My generation grew up on a strange cusp of a changing Ireland where we were aware of it but maybe didn’t know as much as we should have.” The cruelty of these institutions is embedded in the history and memory of the landscape, not only in Dublin but all around the country.

Hogan describes the shock she felt when she realised there was an institution linked to the phenomenon around the corner from her house. The building, Temple Hill, was an infant hospital used to house illegitimate children awaiting adoption. “It was right there near where I grew up. I had walked past that institution nearly everyday on my way to school. I also came to realise that the religious order that ran the biggest mother and baby home in Ireland, the Daughters of Charity, was right across the road from my house.”

For Hogan, growing up in Ireland, the country was abuzz with whispers of injustices, but there seemed to be no pressure on institutions to provide answers. “I think there is still a really pervasive silence within the church about these issues and there is a denial of the testimonies of survivors”, Hogan says, reflecting on the time she has spent speaking to the nuns, priests and bishops who operated or supported these institutions. “It was important to speak to them because that silence really needs to be broken. And they are human beings, people with their own individual experience.”

“We are at such a critical time in our history. This is a lived experience. Some survivors are growing older and that living history won’t be around forever, so it is important to document the experience of these people while we can.”

In 2014, historian Catherine Corless found evidence of a mass grave at a mother-and-baby home in Tuam that made international news. Her research determined that nearly 800 children had died in the Tuam institution, but no burial records could be traced. In March 2015, the commission of investigation released an interim report that confirmed Corless’s hypothesis. Mothers are still searching for the burial places of their children.

Corless’s research prompted the commission of investigation into mother-and-baby homes, which was established in 2015. It is tasked with investigating and reporting on the burial arrangements of children and mothers who died in institutions across the country, and to provide a full account of their living conditions and treatment in these homes. The commission was due to release a full report in February 2018. The report is now expected in February of next year.

With the anticipation of this report, Hogan expresses the urgency with which people need answers. Without answers, there will be no justice. Without cooperation from the church, the possibility of healing diminishes. If we do not dismantle the legacy of shame pervasive in our society, the powerful voices of survivors will be lost.

The writer states: “There are a lot of women in Ireland who still feel stigma and who are still afraid to talk about their experience. The more people can listen, and hear these testimonies, and show that they are listening, I think that helps people.” She says that “justice has to come before healing, answers have to come before healing”.

Hogan stresses that Republic of Shame does not constitute a comprehensive history, it only scratches the surface. There are so many stories yet to be told, so many voices yet to be heard. Hogan insists that “we need a way to hear them all”.