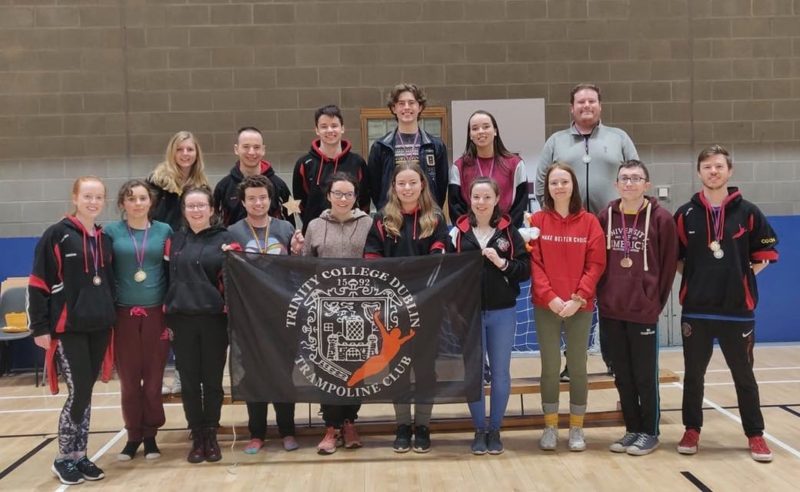 Dublin University Trampoline Club (DUTC) enjoyed a successful weekend at the Trampoline Intervarsities in the University of Limerick (UL), bringing home several medals across a range of different events.

The haul included five medals in a number of the individual events organised by UL Trampoline and Gymnastics Club.

In the team events, Sharp picked up a silver medal alongside Dave Woods in the lower synchro event.

Walsh and Woods both added to their personal accolades with bronze and gold medals in the lower synchro and synchro roulette respectively. Catríona Quinn, along with University College Cork’s Emma Barrett, won bronze in the synchro roulette.

In an email statement to The University Times, captain of DUTC Catríona Quinn praised the performances of her clubmates: “Our competitors did the club proud this weekend. We’re especially proud of everyone who competed for the first time.”

“There were great scores all around and we’re delighted with the results we got”, she added.

This weekend is not the first time DUTC have tasted success this year. Last month, four members of DUTC competed in the Welsh Open qualifiers, collecting a total of five medals at the event. The finals of the Welsh Open will be held on December 7th and 8th at the Sport Wales National Centre in Cardiff.