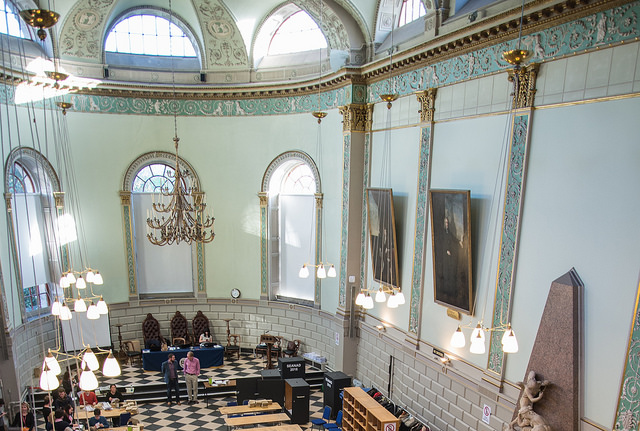 Trinity has refused to disclose how much of its collection of artwork is concealed from the public, after the Irish Times made a request for the list under the Freedom of Information Act.

The College’s art collections include various paintings, prints, sculptures and statues, with a particular focus on portraiture.

The newspaper sent requests under the Freedom of Information Act to a number of universities concerning how much of their collections were kept “for academic eyes only”.

Victoria Butler, an assistant secretary in Trinity told the Irish Times that the college claimed exemptions on the grounds of security.

She said that “the public interest is better served, as is the safety of the college community, the collection, and college building, by refusing this request”, given the “national and international cultural significance” of the college’s art collection.

She added: “The university is committed to displaying artworks in as many appropriate locations as possible, noting that some pieces of the collection may not be on display at certain times due to conservation works or building refurbishment works.”

According to the Trinity website, the College’s “historic and modern collection” of art consists of approximately 2,000 pieces distributed throughout “public and private location in the main and satellite campuses”, including the Provost’s House, the Old Library, the Dining Hall, the Arts Block, the Hamilton and teaching facilities at St. James’ and Tallaght Hospital.

In response to a request under the Freedom of Information Act, NUI Galway listed more than 20 pieces in its collection considered to be of national significance or valued at more than €10,000 which are not easily accessible for public viewing.

Included in the works are a portrait of Lady Augusta Gregory and paintings of Killary Harbour in Galway, the Mweelrea mountains in Co Mayo and the river at Annamoe in Co Wicklow.

University College Dublin told the Irish Times that “all artworks, apart from one sculpture” in its collection that are priced at €10,000 or more or are regarded as of national significance are on display to the public.

They are mostly part of the National Folklore Collection at UCD, which is open to the public free of charge “during standard UCD hours year-round”.

The one valuable sculpture not on display is the Pangur Bán by Imogen Stuart.

The University of Limerick said it had only one high-value artwork out of the public’s sight, an eight-metre-high outdoor sculpture titled “Vertical Growth”.

University College Cork and NUI Maynooth both told the Irish Times they do not have any art appraised at more than € 10,000 or of national importance kept away from the public view.

Earlier this year, Trinity commissioned a portrait of former Chancellor Mary Robinson for the Dining Hall.