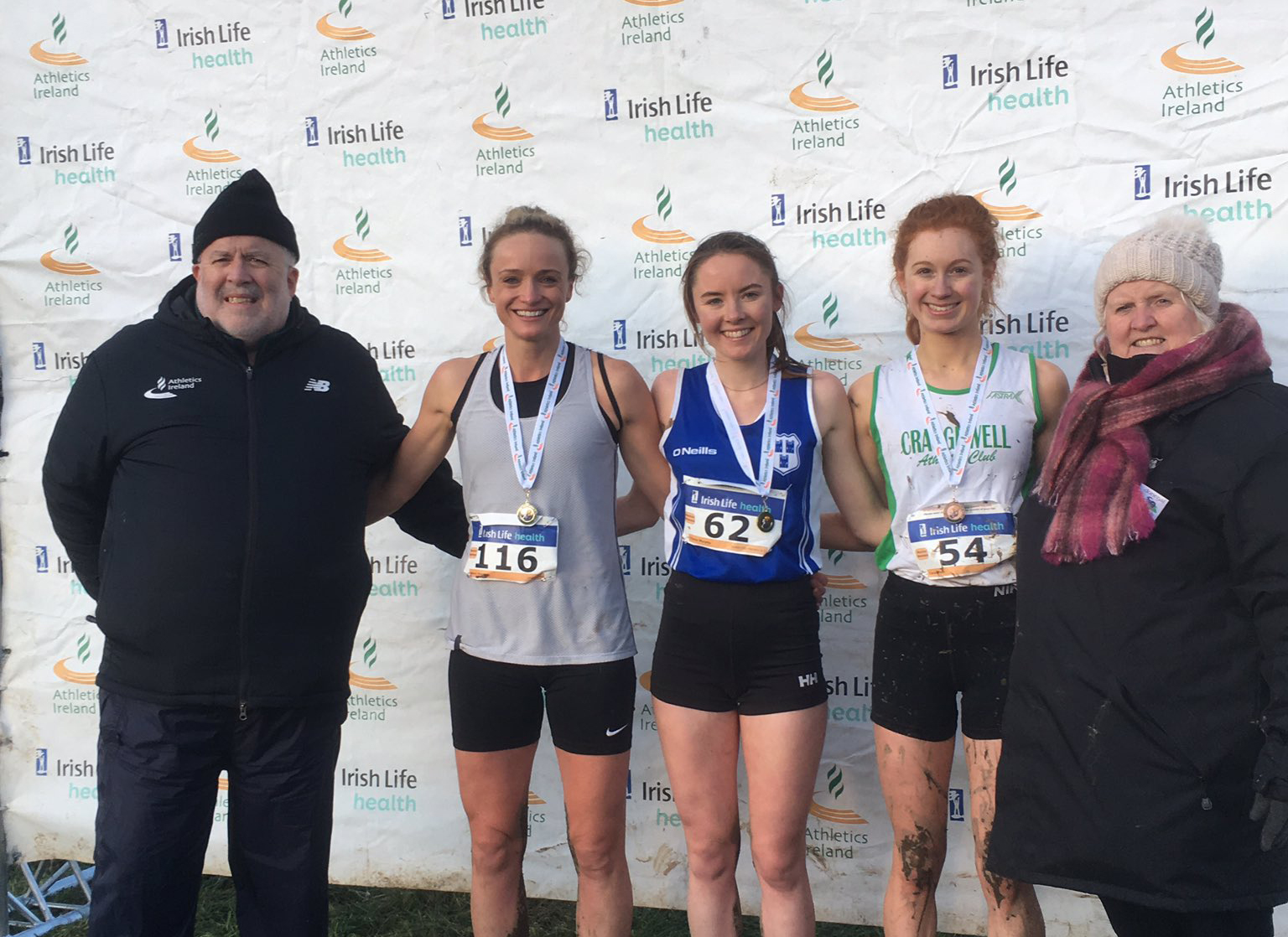 Clíona Murphy, of Dublin University Harriers and Athletic Club (DUHAC), secured three gold medals at the at the National Novice and Uneven Age Cross-Country Championships held in Dunboyne this weekend.

Murphy, a club captain at DUHAC, dominated the women’s novice 4,000m race throughout, finishing comfortably in first place after navigating the slippery course with ease. She powered into a lead after just one kilometre of the four-kilometre race and never looked at risk of giving up her lead.

Murphy picked up two further gold medals, with both her club and county – Dublin City Harriers and Dublin – securing the respective team titles.

Murphy’s Harriers teammate Caron Ryan put on a similarly impressive show to finish up with the bronze medal in the same event. Ryan’s performance was particularly impressive given that she held off competition from one of the strongest runners in the field – European bronze medallist Nadia Power.

Laura Brennan, Eavan McGloughlin and Aoife Ni Thuthail rounded out the participants for Trinity in what was an impressive showing for DUHAC in the women’s race.

In the men’s novice 6,000m race, DUHAC’s Thomas Lupton finished in second place to win silver. Lupton, representing Portlaoise Athletic Club, bided his time in an exciting men’s division, in which the lead changed nearly every other metre.

In an email statement to The University Times, club secretary Conall Hayes spoke on behalf of DUHAC on the weekend’s results: “As a club we’re super proud of all the athletes who competed over the weekend at the National Novice Cross Country Championships. It’s great to see all the hard work that these athletes put in finally paying off and it’s a nice way to wrap up a very successful 2019 for DUHAC.”

“Special congratulations to those who won medals is also due especially to our ladies captain Cliona Murphy who led by example with three golds. A huge thank you must go to our coach Iain Morrison who makes all of this possible”, he added.

The impressive display by the women’s team is unsurprising after a strong showing by the harriers contingent at last month’s Varsity Road Relay, which saw DUHAC win their first gold medal at the event since 1987. DUHAC also dominated this year’s Colours Road Relays, winning gold in both the women’s and men’s categories.