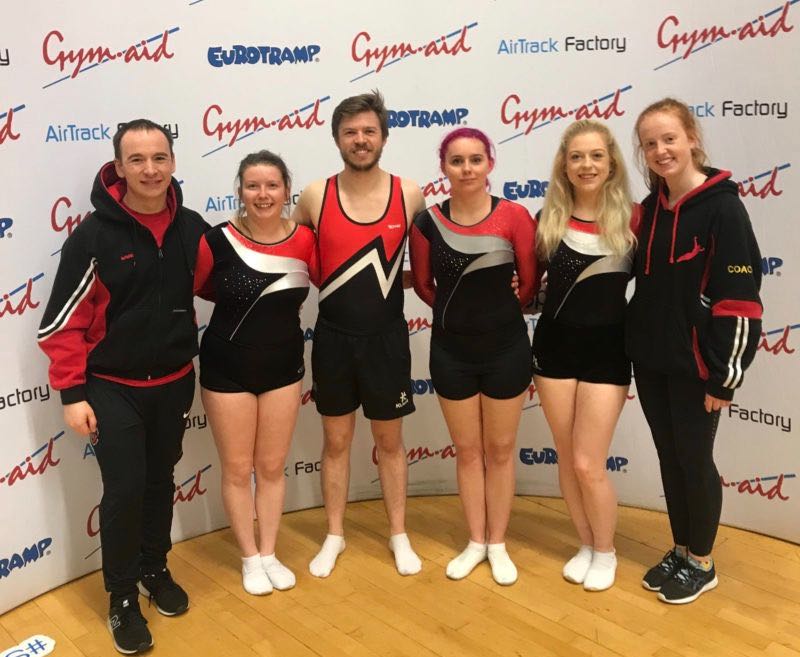 The medals were won by Janice O’Gorman, Adelais Farnell-Sharp and Dave Woods, at a tournament held at the Sport Wales National Centre in Cardiff.

In an email statement made to The University Times, DUTC club captain Catríona Walsh wrote: “Our members performed really well at the competition this weekend. They did themselves and the club proud and we are delighted for them.”

In competitive trampoline events, athletes are scored on their air time while performing jumps in various positions, including pike, paddle or straight position. They can also incorporate some more advanced manoeuvres such as the somersault and the twist.

Double-mini trampoline is a hybrid of trampolining and gymnastics, with competitors making a running start and performing triple and double somersaults on a trampoline which is less than a quarter the size of a regular trampoline.

Last month, the club won five medals at the Trampoline Intervarsities in the University of Limerick.

In the team events, Farnell-Sharp picked up a silver medal alongside Woods in the lower synchro event.

Walsh and Woods both added to their personal accolades with bronze and gold medals in the lower synchro and synchro roulette respectively. Catríona Quinn, along with University College Cork’s Emma Barrett, won bronze in the synchro roulette.