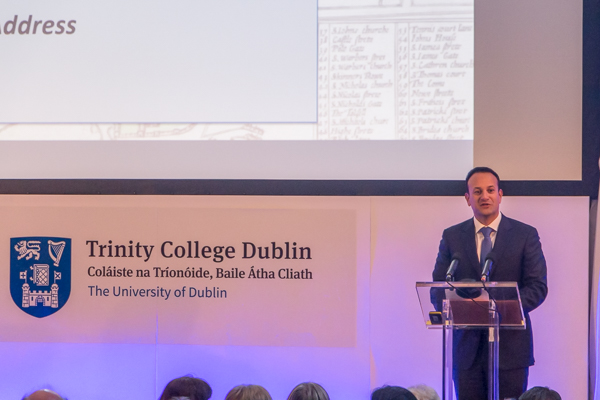 Young people are annoyed and disenchanted with the government – and many of them may not be able to vote in the upcoming election despite registering last year. Unsurprisingly, this does not seem to worry Fine Gael too much.

Last week, Virgin Media journalist Gavin Reilly reported that doubts hung over whether those who registered to vote in the last year will be automatically able to vote in this election, given that the new register doesn’t kick in until February 15th – seven days after the general election. This rule will, of course, predominantly affect young people who have only recently turned 18.

Since then, conflicting reports have emerged from different county councils, and – almost unbelievably – the only constant has been the lack of clarity surrounding the situation. Current legislation on voter registration has existed since 1992, so how is it that it took a Twitter thread from a reporter to inform people that may essentially have been disenfranchised?

Many young people are currently grappling with the question of why they seem to be still paying for a decimation of the economy that was staged when they were kids or teenagers. Meanwhile many of those who sunk it are riding high, with talk of recovery gaining noise. It doesn’t really make any sense, but it is clear to many that the politicians who should have been protecting and supporting young people – in Fine Gael and Fianna Fail – are to blame.

With so much uncertainty about who can and can’t vote, it’s eminently possible that many won’t get themselves onto the supplementary register in time

Young people might be uncertain on who they want to vote for, but they are certain on who they do not want to vote for. They won’t vote for the people who have forced them to work in retail while making it through their education and preyed on their dreams of going to university. They won’t be voting for the parties that are driving them and their friends and families out of their hometowns to make a new life abroad.

And Fine Gael is well aware of this fact – having as few young people voting is very much in its interest.

Fine Gael’s response has been conspicuous by its total absence. The party hasn’t come out with a definitive explanation to voters about whether or not they will be able to vote. The issue has instead fallen at the feet of the councils to sort out, and while it is possible that some councils may allow those who registered after May to vote, it is possible that some may not. Fine Gael has shrugged its shoulders and turned to more pressing matters – like plastering over a woeful housing record.

If Fine Gael wanted young people to vote, it would have lifted a finger to help them get on the register

This should be massive news. A rake of people who are furious at Fine Gael have been disenfranchised – and it took a media outlet breaking the story to let them know it. How did the government not know about this? The circumstances that have brought us to this point are bizarre, but they happened, which raises the obvious question: why did the government not come out with a statement about this months ago? Or at least immediately after Taoiseach Leo Varadkar dissolved the Dáil. And why is Fine Gael still doing nothing about it?

Imagine if the turnout of a large swathe the country’s 60-year olds was compromised less than a month before a massively important general election. Would Varadkar simply sit on his hands, and allow the councils to sort it out? Not on your life – he’d probably be going around the country at this moment, single-handedly making sure they got registered in time to cast a vote.

This whole debacle may be sorted out before election day, but regardless it has shown – as if we needed anymore proof – that Fine Gael has little interest in young voters, and that an Ireland led by Fine Gael will not be a welcoming and hopeful place for students graduating from college.