Dublin University Football Club (DUFC) Men ran out 13-6 victors over a solid Terenure side yesterday at a wet and windy College Park, ringing in the new decade with their third All-Ireland League (AIL) Division 1A win of the season.

The miserable conditions played a huge role in the proceedings – tense and cagey were two of the most apt descriptions of a generally underwhelming affair. The game was littered with injuries, stoppages and handling errors, despite both teams doing their best to mould their approaches to the game to the slippery conditions on the field.

The game began sluggishly – the majority of the opening exchanges took place between the two 22s, with an aerial battle being played out immediately. Trinity’s Michael Silvester and Terenure’s Adam Langrue impressed with their handling of these early challenges, as well as their tactical kicking game.

Trinity were the first to be handed an opportunity to put points on the board, but DUFC out-half Michael O’Kennedy’s penalty kick was caught by the wind and carried wide of the posts.

Terenure were more clinical when their opportunities arose, with the away side’s impressive number 10 James Thornton slotting over an assured kick at goal 12 minutes into the tie.

Terenure took full advantage of their early lead and began to pile on the pressure in the Trinity 22. Lineout after lineout on the DUFC five-metre line lead to calls for a penalty try. However, the defensive effort from Trinity’s pack was monumental as they put in numerous tackles to scupper their opponents attempts at the line, eventually holding up Terenure’s maul and winning back a scrum. 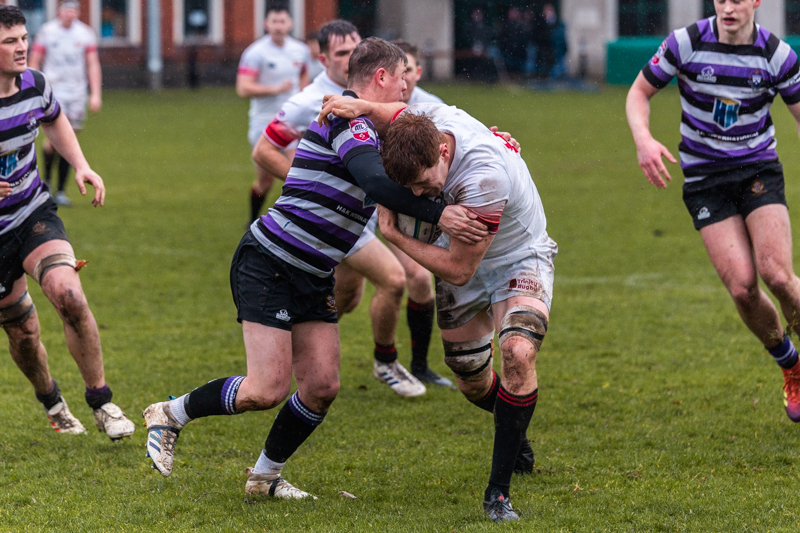 DUFC were made to work hard for their third win of the season.

In what proved to be a turning point in the match, Trinity second row Arthur Greene was sent to the sin bin for misconduct after half an hour. If this appeared to put them at a disadvantage, DUFC actually began to put serious pressure on the Terenure defense for the first time in the game. Scrum-half Rowan Osborne, fresh from a successful string of performances with Leinster, was excellent in directing his teammates, and orchestrated a more than 30-phase move that took DUFC from their own 22 right up to the opponents five-metre line. The sustained pressure did not lead to points on the board, however: Trinity eventually gave away a scrum, giving Terenure an opportunity to clear their lines.

If Terenure had edged a cagey first half, then the second period kicked off with every indication that it would bring a more exciting display of rugby. The rain – utterly unrelenting during the first 40 minutes – began to ease up, and former Ireland senior international manager Joe Schmidt made an appearance on the sidelines of College Park.

The points total of the first half was matched within two minutes, with O’Kennedy slotting over an excellent kick to make up for his miss from the tee in the first half. Terenure had an opportunity to regain their lead through the boot of James Thornton, but his kick dragged wide of the Trinity upright.

The game began to flourish after these opportunities, with both sides becoming more efficient in getting the ball to their danger men on the outside. Both teams continued to struggle with the greasy surface, however: players on both sides found space but struggled at crucial moments, and spillages threatened to stifle the improved tempo.

With the game on a knife-edge, Trinity looked to muscle their way into the lead. It was the ever-impressive Osborne who proved to be the difference: taking off from the back of a ruck and dummying the first defender, Osborne accelerated into space and bought enough time for himself to release Mark Nicholson with a perfect pass, setting the front row off to score the first try of the match. O’Kennedy added the extras, stretching Trinity’s lead to seven.

Terenure responded promptly, with Lagrue intercepting a loose ball and winning a penalty for the visitors. Thornton made no mistake from the tee, cutting the gap to four points and setting up a mouthwatering conclusion.

Terenure dominated the ball into the closing minutes of the game, with their ominous ability to punish mistakes helped by the speed of their playmakers on the outside. But Trinity held fast, and offered a threat of their own with Silvester’s electric pace. He could have put the game to bed after collecting a Garryowen from Thornton, but with the tryline in sight he pulled up in agony after appearing to suffer a hamstring injury.

With Conor Lowndes in to replace Silvester and make his first appearance of the season, the home side looked to put the game out of sight. O’Kennedy’s second penalty of the afternoon left the score at 13-6, and some stout defending in the dying minutes ensured DUFC started 2020 off with a win.

Trinity remain ninth in the league table after matchday 10, but today’s result will encourage Tony Smeeth’s charges no end. They’re back in league action in two weeks time in a tricky away encounter with fifth-placed Clontarf. 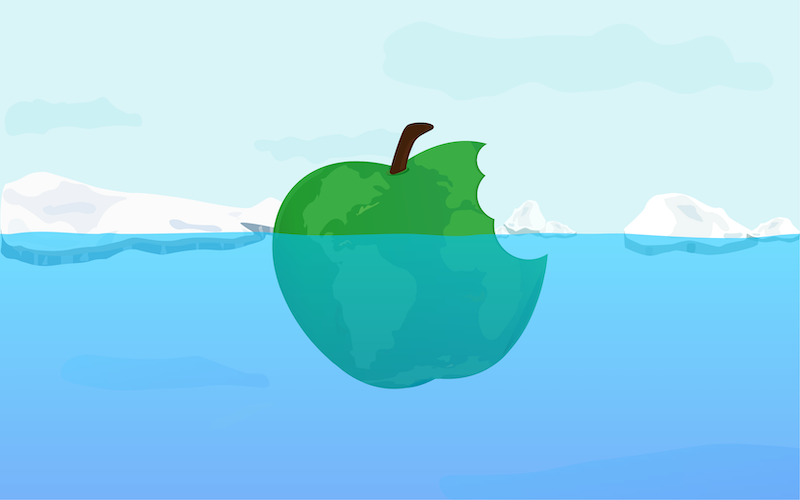 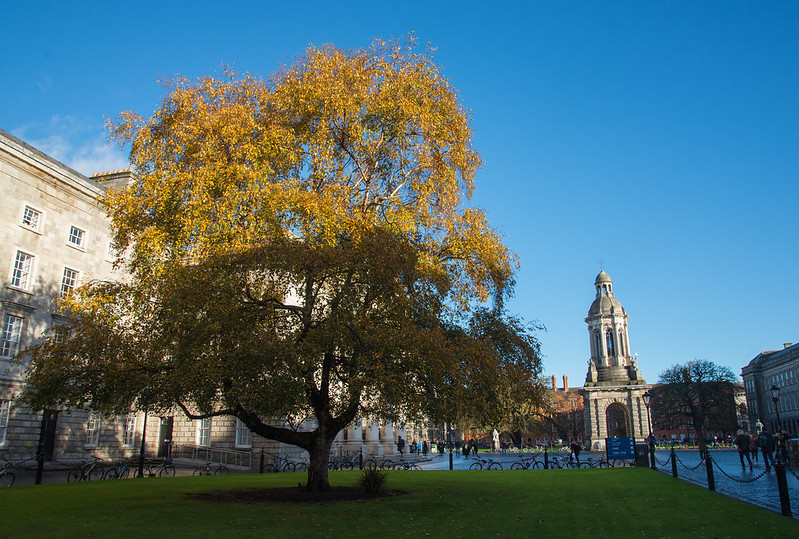