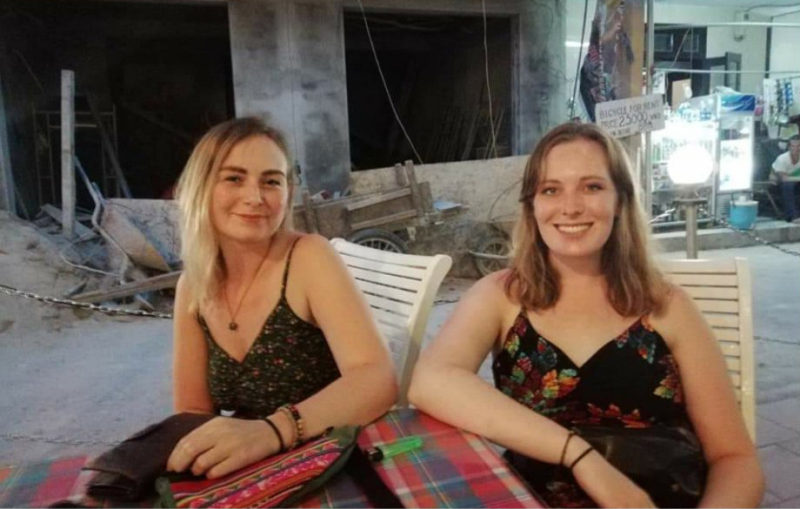 For all its quirks, it’s not always easy in literature to find a space where unorthodox and distinct perceptions of the world can be articulated. Sonder, a recently established literary magazine based in Dublin, aims to do just that.

The word “Sonder” – the realisation that each random passerby has a life as vivid and complex as your own – is an astute name for a literary magazine, as one of literature’s fundamental pursuits is to provide a narrative that defamiliarises our own world by looking at it through a different lens.

The two women who established Sonder, Sinéad Creedon and Orla Murphy, have a remarkably unpretentious approach to literature for people who now edit a literary magazine. As we defrost ourselves with some hot drinks in a coffee shop in Temple Bar, Murphy explains why she and Creedon formed the magazine: “We wanted something that was accessible, because I feel like a lot of zines out there – they’re so brilliant but they are already so established.”

Creedon and Murphy humorously recount how they initially intended the magazine to be a private affair for themselves and their friends, many of whom are writers. What they thought would be a “fun little project” became a literary magazine that received over 200 submissions for its first issue. When asked what forms they are particularly interested in receiving, Creedon replies that for the first issue, the pair “were just going to accept whatever we could get. We didn’t expect more than five submissions”.

Despite their self-deprecation, Sonder’s editors have shown that literary magazines can be successfully established if you put in the hard work, and that you don’t need to have a string of critically acclaimed novels behind you before you do it. Creedon remembers how the pair turned down numerous gatherings and nights out to work on the magazine every day after working their full-time jobs.

Murphy also attributes some of their success to the welcome they received from other writers and editors: “People are so supportive in the literary community. That’s one of the things that amazed me most getting into it, was how welcoming people were. It’s crazy because you think that there might be this element of competition, which is a thing you get with a lot of new startups. With this, everyone just welcomes each other and shares each other’s work.”

Creedon and Murphy have set up an approachable magazine for new writers to the literary sphere. Murphy stresses the importance of accessibility: “I liked that a lot of people who were published in the first zine had never been published before, and it was great for them at the launch because they received a lot of feedback from other writers and people who were listening to them read. That was a really nice thing to see, because you could tell that it was a really big boost for these new writers.”

Creedon elaborates: “We wanted it to be as fun as possible. I feel with a lot of literary events, I really enjoy going to them, but I can see why people wouldn’t go because they are quite intimidating if you are not in the group.”

The submissions for Sonder’s second issue just closed before Christmas, but will open again in the spring as Creedon and Murphy endeavor to make their magazine a bi-annual publication. For those interested in submitting work, there is no need to adapt your creativity to any criteria. Creedon affirms that they have an eclectic taste and simply want writing that captures their attention – clever twists and unconventional endings are a favourite.