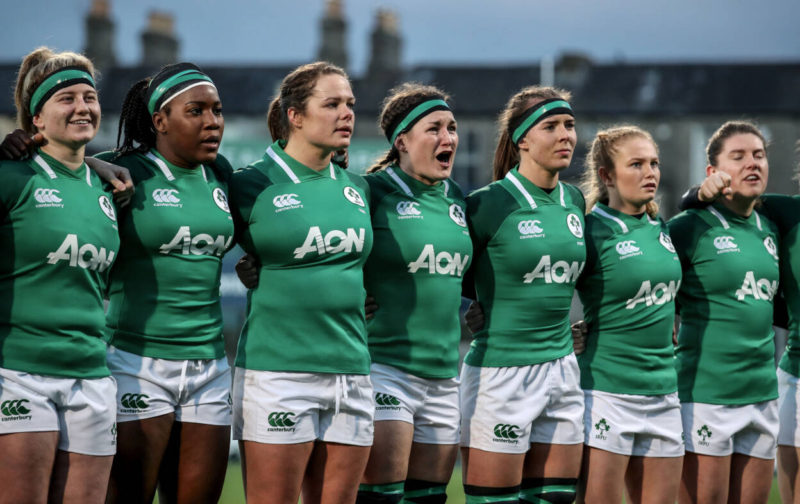 Trinity sports scholars Linda Djougang and Kathryn Dane have both been selected on the Irish squad set to compete at the 2020 Six Nations Championship next month.

Both Djougang and Dane were also part of the team that finished in fifth in the tournament last year.

Djougang made her first appearance in an Irish shirt at the competition, coming off the bench in Ireland’s 22-5 win over Scotland in Glasgow. Djougang has gone on to pick up four more caps for the national side.

Scrum-half Dane also made her first appearance for Ireland at the competition – she came on after being named as a replacement in Ireland’s opening match against England.

Speaking after the announcement of the squad, Dane said: “I am honoured to be selected for the 2020 Six Nations squad, I count myself lucky to be given the opportunity to play alongside such incredible players and represent my country.”

Ireland head coach Adam Griggs stressed importance of hitting the ground running next month: “There is some good continuity coming from our Autumn squad into the Six Nations. We have a core group of players that have been involved for several years so it’s important that they use their experience to drive our standards of play and make sure we produce quality performances from the start.”

“We also have some exciting talent coming through who are getting better with each training camp. It’s great that we are starting to build that quality of depth in the squad which will be needed in such a tough and physical tournament like the Six Nations”, he added.

Djougang, a nursing student at Trinity, represented Dublin University Football Club (DUFC) last season. She has gone on to play for Leinster at senior level, as well as Dublin 4 side Old Belvedere.

Ireland will begin their Six Nations campaign at Donnybrook Stadium on February 2nd when they will face Scotland.