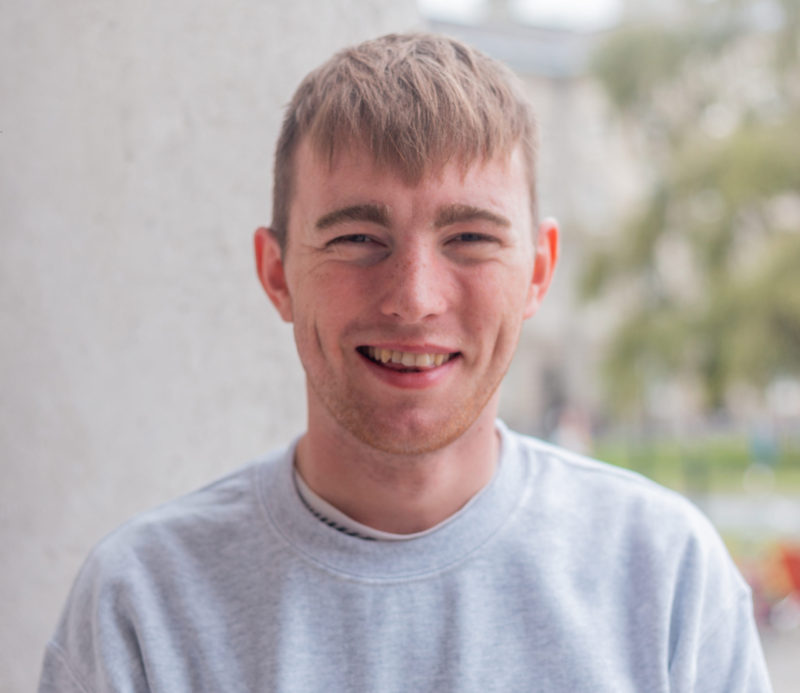 Trinity student and environmental activist Tate Donnelly has announced his campaign to run for the Green Party in the Monaghan/Cavan constituency in the upcoming general election, making him the youngest candidate in the country running for election.

Donnelly, a third-year mathematics and economics student from Monaghan, is currently the chair of Trinity’s branch of the Young Greens. He also served as secretary of the JCR last year.

In an email statement to The University Times, Donnelly said that he was running to be “a voice for young people”.

“We have reason to be angry and to demand change”, he said. “We are being left with a climate crisis that will have a detrimental impact on our lives. We will spend a huge part of our lives paying back a National Debt that we’re not responsible for.”

“We face the possibility of never owning our own home. It’s time for change”, he added.

Taoiseach Leo Varadkar today announced that the next election would take place on February 8th, after days of speculation about the potential date.

At the weekend, Varadkar told RTÉ that he had decided on a date for the election but could not yet announce. Last week, he met Fianna Fáil leader Micheál Martin for a discussion that both parties called “constructive”, but which ended without any clear commitments on a general election.

Donnelly is not the only Trinity student running in the next general election. James O’Connor, a BESS student, will run for Fianna Fáil in Cork East while Trinity graduates Conor Reddy and Rob O’Donnell will also contest elections for People Before Profit and the Green Party respectively.

Reddy announced the launch of his campaign in the Dublin North West constituency in a Facebook post yesterday evening.

He said: “After a lot of deliberation and strong support from family, friends and fellow activists, I’m delighted to announce that I’ll be running as the People Before Profit candidate for Dublin North West in the upcoming General Election. Like most young people, I’m sick of struggling to get by and I’m angry that we live under a system that so cruelly denies us a future.”

“Young and old alike, we live in a society that cruelly privileges the interests of a wealthy few over the struggling many”, Reddy wrote. “From high rents and the housing crisis, to low wages and the existential threat of climate change – it can be hard to be hopeful, hard to see that another world is possible.”

Update: 17:22, January 14th, 2020
This article has been updated to reflect the fact that BESS student James O’Connor is also running as a candidate in the upcoming general election. O’Connor is running for Fianna Fáil in the Cork East constituency.