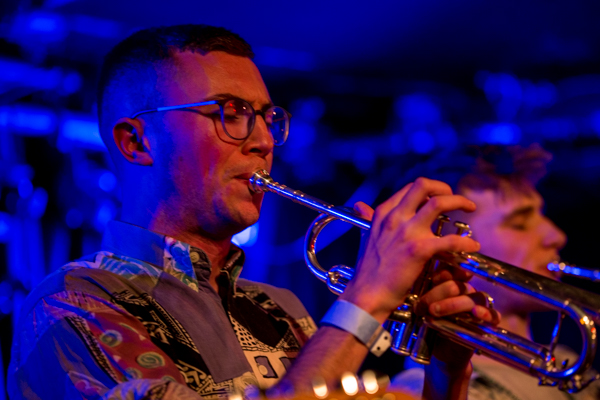 Previous winners of the competition include Cooks But We're Chefs.
Ivan Rakhmanin for The University Times

Amid the mania of the Trinity Ball ticketing and reading week deadlines, Trinity Ents has announced the line-up for the forthcoming Battle of the Bands semi-final. The upcoming gig in question takes place in BelloBar on February 26th, a noticeably more intimate venue than the Grand Social loft, where last year’s was staged.

InBetween Honey, a modern indie-rock band hailing from Meath, certainly have a classic yet catchy aura to them. The sound delivered is remarkably full – their five-person line-up allows the group to accommodate a live performance on par to that of the band’s studio recordings.

Perhaps the most imposing inclusion of the incoming semi-final line-up would be alt-pop sextet Sourfruit. Overwhelming harmonies can be found overlaying melodic verse vocal hooks, in a manner that also somehow effortlessly blends the modern hip-hop beats of today with intermittent, yet welcomed, rap lines.

The groove implemented by Long and Greasy’s tight rhythm section is also not to be ignored. The saxophone and synth-wielding Red Heron employ a groovy display of melodies in a manner not dissimilar to that of previous Battle of the Bands-favourites Dysfunktional.

What is perhaps most refreshing in this year’s line-up is the number of newer artists. The vast majority of acts’ debut single releases are less than a year old, with bands such as Banríon only being conceived months ago. While indie-pop remains the most prevalent genre on show this year, the inclusion of such fresh blood is to be welcomed. For the measly price of €5, you’d be hard pushed to find a better display of the variety of talent that Dublin musicians have to offer than this on a Wednesday night.

Previous winners of the competition are Cooks But We’re Chefs, who are set to play Trinity Ball in April.