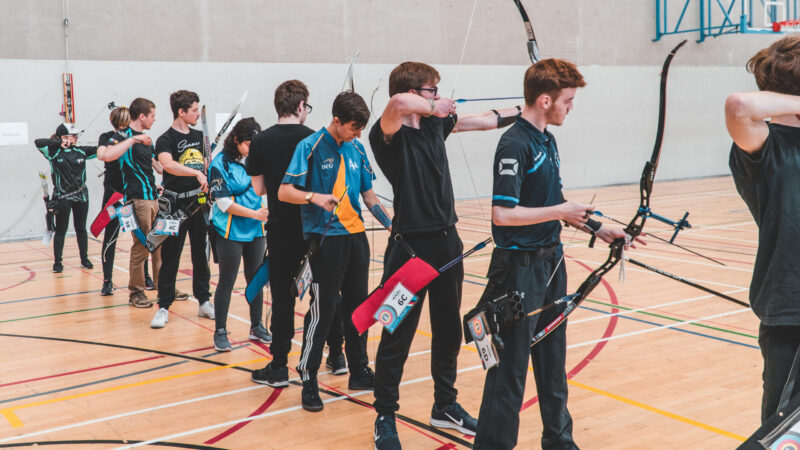 Dublin University Archery Club (DUAC) added to their already historic season with two podium finishes at the Indoor Student Championships hosted by University College Cork (UCC) last weekend, bringing their medal tally for the season so far to 22 – an all-time high for the club.

The event – held this weekend – was attended by over 100 archers, including a contingent of 15 from Trinity.

There were a number of team and individual events across the weekend. For the individual events, each archer was given a total of 60 arrows, allowing for a top score of 600 in qualifying. The top qualifiers would then go through to a head-to-head knockout stage.

In the women’s recurve open, club captain Aoife Simm produced an impressive showing in the qualifying rounds, scoring 517 points in total – the third-best score heading into the knockout stages on Sunday. She continued her great form in the head to-heads, making it to the final with relative ease before coming up short in the gold medal match. Still, her dominant performance was enough to secure a silver medal.

While there were no podium finishes in any of the men’s grades, head equipment officer Oskar Ronan had a particularly strong showing – his qualifying score of 530 was the highest of any DUAC archer over the course of the weekend.

For the team events, the top three archers from each club go head-to-head. Simm and Ronan, along with Liam Finnegan – who is new to the sport – represented DUAC in the category. Trinity took home their second medal of the weekend in the team events, defeating the likes of Technological University Dublin (TUD) and UCC for an eventual third place finish.

In an email statement to The University Times, Aoife Simm said: “DUAC is making a name for itself as a competitive college in the archery scene with 33 podium positions this season so far. Following DUAC’s unprecedented success, we saw further success last weekend at the Student Nationals with a silver in Recurve Women and bronzes in Recurve team, making it one of our most successful competitions to date given the status of the competition.”

“This year has seen an exceptional number of our beginners achieve podium positions throughout the season… As with any sport, access to high quality coaches and high quality club equipment has undoubtedly facilitated the success of every member of our team”, she added.

DUAC will be looking to continue this season’s success when intervarsity competitions – in which they had considerable success last semester – pick back up next week.