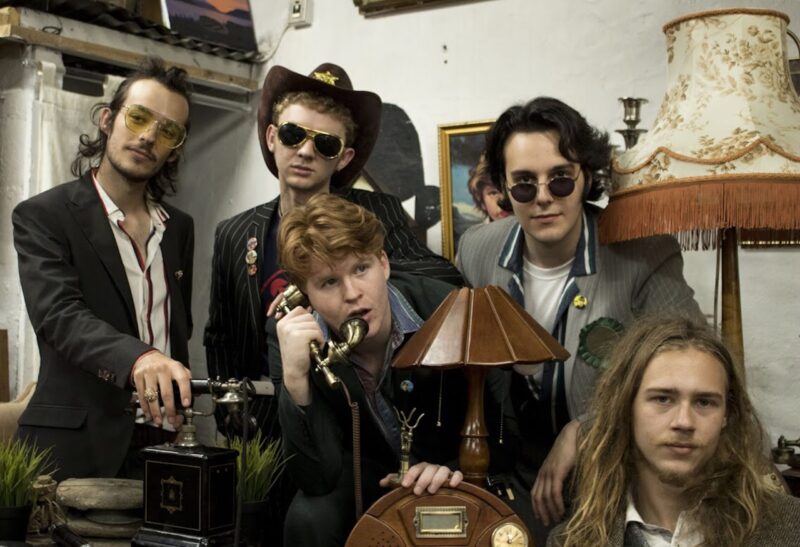 During their brief two years of existence, Classic Yellow have accomplished more than the average Dublin rock outfit. Consisting of Frank Collins, Sam Geraghty, Ciarán Traynor and Dylan Zovich, the group performed a sold-out headline slot at their EP launch in the Workman’s Club – and have also supported Sundara Karma and Catfish and the Bottlemen at their respective Irish shows. After returning from a UK show curated by Fierce Panda Records, the band are currently planning their next EP for the forthcoming year.

You can’t help wondering, of a band so heavily influenced by the music of the 1960s and 1970s, if the modern music scene has impacted the group and their writing. Vocalist Frank Collins explains that “the ‘currently listening’ does definitely come into it, but it may not be current releases”. Classic Yellow’s sound encompasses the ethereal haze seen also by the modern indie trailblazers Tame Impala and Mac DeMarco, but also employs the classic blues rock of artists such as Steely Dan and the Beatles – the group even performed as a cover band of the Liverpool quartet at a relative’s birthday party. “My head is firmly lodged in the 1960s”, confesses bassist Sam Geraghty.

The vintage style of the music does not equate to a predictable track layout. Unexpected distorted riffs and contrasting dynamics have become a prevalent characteristic of the group’s sound. “Most of the time that kind of thing just happens”, reveals Collins, as he details how each member ends up contributing to how the tracks turn out. “Even if you do come in with a song and it’s all panned out, it all comes out differently. You’re always nice and surprised with the finished product that’s there.” Geraghty agrees: “With some of the songs, I would’ve written a part and Frank would’ve written a part, and then we just mash them together.” The consequences of such contributions can be seen namely on the band’s track “The Glue Factory”, released alongside the group’s 2018 single, “Mondays Don’t Mean Anything.”

The band’s latest release, “Mechanical Bull”, was produced by Daniel Doherty of Darklands Audio. This was the first time the group had recruited a producer for one of their tracks, with previous releases being fine-tuned by the band themselves. “It’s gotten to the stage now where I don’t even listen to songs for the songs, I listen for the production and the sounds and stuff, I’m kind of more interested in that”, Geraghty says. “If I hear a sound I like and I can try to replicate that. It’s kind of a good challenge.”

A vintage, lo-fi music video was created to accompany “Mechanical Bull”. Set in an empty school in Co Cavan, the video was directed by Geraghty and filmed using his father’s old VHS camera. When asked about why the group decided to opt for an old-style music video as opposed to something more contemporary, the bassist replies: “You see all these music videos from bands who would be on a similar level to us, and because they’re trying to make the video look professional with a very limited budget, sometimes nothing, it ends up looking very homemade.” The opening melody to the track was written by Collins on an organ from 1974. However, viewers of the video will see such a riff being played on the keys by none other than Evan Walsh, drummer with the Strypes.

“Evan and I go back a very long way because we were in secondary school together”, reveals Geraghty. Originally recruited as a live saxophonist for the group, Walsh has since moved primarily to keyboards for the band. While not a full-time member, the musician consistently lends a hand at the group’s live shows and plays a role in the final state that the songs end up in. “He’s good at adding little bits and he’s a fantastic musician all around”, remarks Collins.

As for the future, the quartet plan to continue releasing music consistently. “We’ve a good few songs we’re getting pretty eager to record”, Collins mentions. With a stellar track record and an undeniably unique sound, the future looks golden for Classic Yellow.