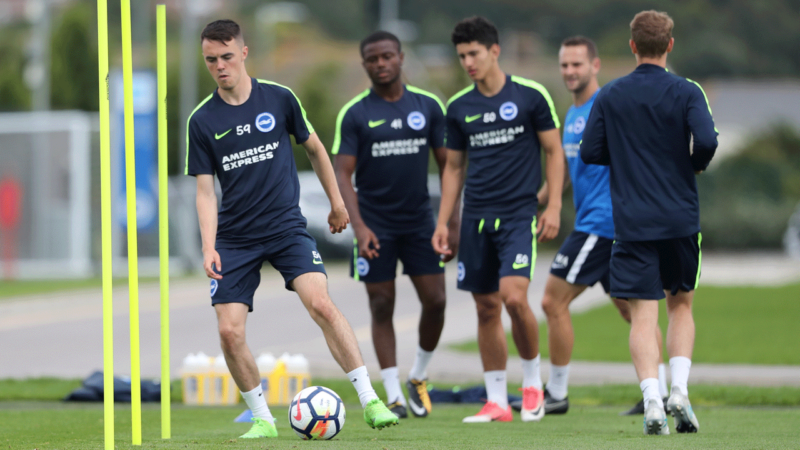 Come next week, University College Cork (UCC) star footballer Rian O’Sullivan will be helping stifle Dublin University Association Football Club’s goal chances and launch counter-attacks in the Collingwood Cup. Five years ago, however, it is doubtful O’Sullivan would have imagined himself as a frustrating roadblock for Trinity’s attacks.

One week after his last junior certificate exam, O’Sullivan crossed the Irish Sea to join Brighton and Hove Albion Football Club – then a Championship side – where he would ply his craft for the next three years. He had just turned 16. Five years later he is now a commerce student in UCC, and his journey there has been unconventional to say the least.

O’Sullivan recounts to me how it all happened in a measured fashion: “It was after the Kennedy Cup. I was selected on the Ireland under-15 team, and then went from there, under-16s.”

“[Brighton] were at some of the international games up in Dublin, and I got called over for a weeks trial, and I did quite well.”

The Brighton scouts were impressed by what they had seen: “I got brought back again and they offered a contract to me.”

O’Sullivan, a left-back by trade, slotted right into the Brighton youth set-up, and became a staple in the side that competed in the under-18 Premier League. “The first two years, I got a lot of game time under my belt”, he tells me. “I probably played – between the two years – probably about 60 games in the under-18 league.”

Playing at the highest level of academy football, O’Sullivan shared pitches with some of the best youth talent coming through the English system: “That would have been like the Premier League for under-18s, so it was a good standard.”

While still playing youth football, he and his fellow academy players often trained with the first team at Brighton, many of whom were involved when the club won promotion to the Premier League in May of 2017. With former Republic of Ireland international Chris Houghton at the helm, O’Sullivan rubbed shoulders Brighton regulars on the training ground.

“I trained a good few times with the first team at under-18s”, he says. “They were quite good to us – good experience and stuff”.

After two seasons at under-18 level, the club made the decision to move on with the next phases of O’Sullivan’s development. Deemed ready by Brighton bosses to make the leap to senior football, O’Sullivan had his first taste of life outside of the academy structure: “I went up to the 23s, and the club decided that they wanted me to go on loan, so I did two loan spells.” 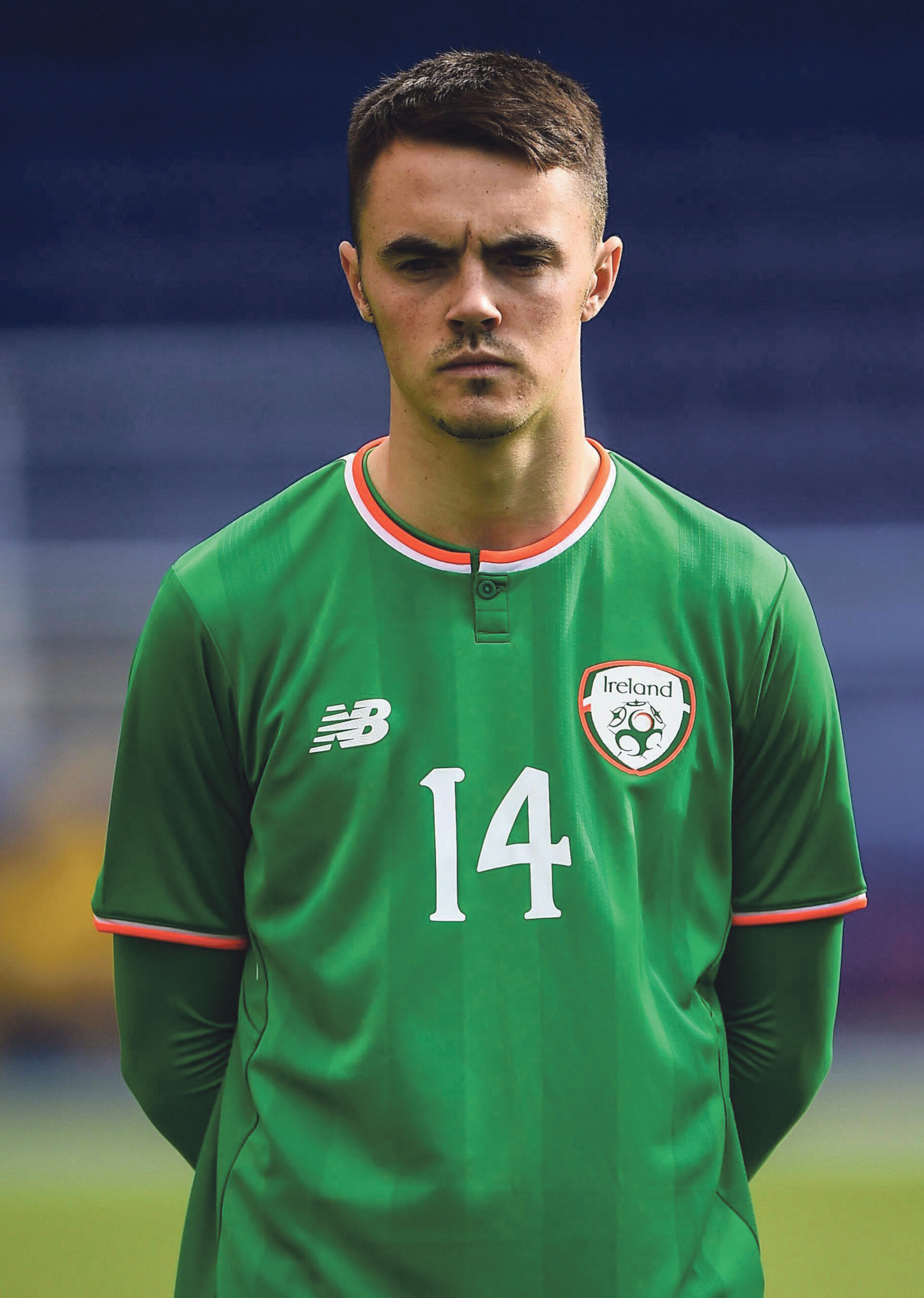 Connolly has lined out for Ireland at various youth levels, playing alongside the likes of Aaron Connolly and Jayson Molumby.

“I did six months at Worthing, who are a men’s team, and I went to Carshalton Athletic as well for another six months. So that was good to have a different side of ball, playing men’s football week in week out, instead of playing kids’ football, academy football”, he says.

Meanwhile in his native Kerry, where he had played football with Tralee Dynamos, life went on. As you’d would expect, O’Sullivan tells me that leaving his home to pursue a career in English football was “obviously tough”. On average, he would only get to travel home four times a year to visit his family and friends.

When he did get to come home, it was often for the same reason he was in England: football. O’Sullivan has been involved with the Irish international setup for the majority of his playing career. It has clearly had a huge impact on him personally – he is audibly enthusiastic when I bring up his time playing for his country.

“I think it’s been massive. It has probably been the biggest honour I’ve had to date anyway, Anytime I play for Ireland its a good achievement. I was fortunate enough to play from under-15s to under-19s, so I’ve had a good run of games”, he says.

The end of the 2017/18 season spelled the end of O’Sullivan tenure at Brighton. His talents hadn’t gone unnoticed while he was playing on the south coast – the Kerryman had offers from other English clubs and League of Ireland outfits to go on trial again. Despite this, he made the decision to take a step away from the intensity of being a full-time footballer to focus on other areas of development.

“I’d made the decision when I came back to do the leaving cert … I decided that I wanted to get a degree first”, he explains.

Anytime I play for Ireland its a good achievement. I was fortunate enough to play from under-15s to under-19s

Looking back at his time across the pond, O’Sullivan says he gained invaluable experience, and not just football-wise: “I felt like I definitely matured from it”, he says. “Better ready to go onto college, knowing that I have the experience of living away from home.”

O’Sullivan is now in his first year at UCC studying commerce. He hasn’t turned his back on the beautiful game completely, however. He will be a key part of UCC’s Collingwood Cup setup when the competition kicks off in two weeks time. With UCC going into the competition as reigning champions, he knows the standard that will be expected.

“We’re positive going forward towards it, nothing really to fear. We know that we’re a good side, and we’ve a lot of the boys that played last year in the team and won it, so hopefully they can bring a bit of experience to the ones who haven’t been involved”, he says.

Speaking to The University Times, UCC head coach Noel Healy describes the Collingwood as a “platform” for players wanting to move onto the next level of the footballing pyramid after third-level. It’s a view that O’Sullivan shares – re-entering the fold is something that he hopes to do after his degree.

“I’d still like to go back and prove that I can be a part of a professional setup, and just see where it takes me really. I came home really just to develop, get a degree, develop my physicality and try and see what happens then in the future, see if I can get back over.”

Having played at underage level with the likes of Aaron Connolly and Jayson Molumby, O’Sullivan knows that he is capable of making it on the big stage like his compatriots have.

“Obviously I trained week in week out with these players, so I know what they’re capable of doing. It is also encouraging to see that they’re giving youth a chance. I don’t feel like I’m that far off that level. I have a few years to develop my game and I could be there in the future.”