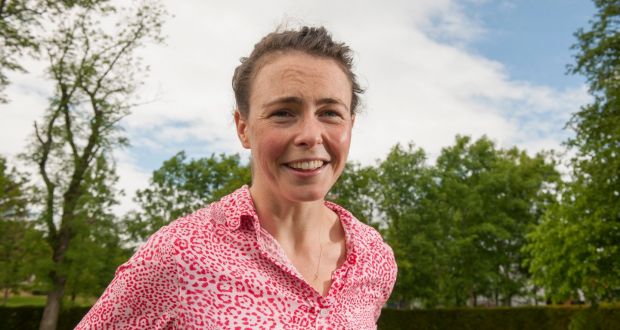 McHugh, who recently ran for the Green Party in the general election, will speak to students on the steps of the Dining Hall at 1pm, before the official launch of a campaign designed to raise student and staff awareness of the climate crisis.

McHugh shot to prominence during last year’s European elections, earning plaudits after a debate in which she urged controversial independent candidate Peter Casey: “Go on Dancing With the Stars if you want the attention.”

Green Week is being organised by Trinity College Dublin Students’ Union (TCDSU) alongside the College’s Green Campus Committee. This year, the week will focus on food and climate change, with a series of events planned throughout the week.

Events will include a vegan food crawl and a debate organised by the College Historical Society (the Hist) on the merits of individual versus collective responsibility.

In an email statement to The University Times, TCDSU Communications and Marketing Officer Muireann Kane wrote that the union “is delighted to be working alongside the Green Campus Committee for this year’s Green Week”.

Norris is one of Trinity’s three Senators, and is currently seeking re-election in a race that will see 10 candidates – including Norris’s fellow incumbents Ivana Bacik and Lynn Ruane – contesting three seats.

Mary Robinson, formerly the president of Ireland and the chancellor of the university, will also make an appearance during Green Week, taking part in a FLAC panel discussion on climate justice on Friday at 11am.

Last year, Robinson opened Green Week with a speech that praised students for their efforts to promote environmental causes. Robinson said: “I’m really proud of what Trinity has been doing.”

“I’m really glad that it was decided to link this year’s Green Week with the 17 Sustainable Development Goals”, she said. “They don’t portray gender equality as somehow separate from climate action or ocean pollution.”

Robinson added: “The fact that the goals are indivisible and interrelated makes them very relevant to our world because we live in a complex world.”