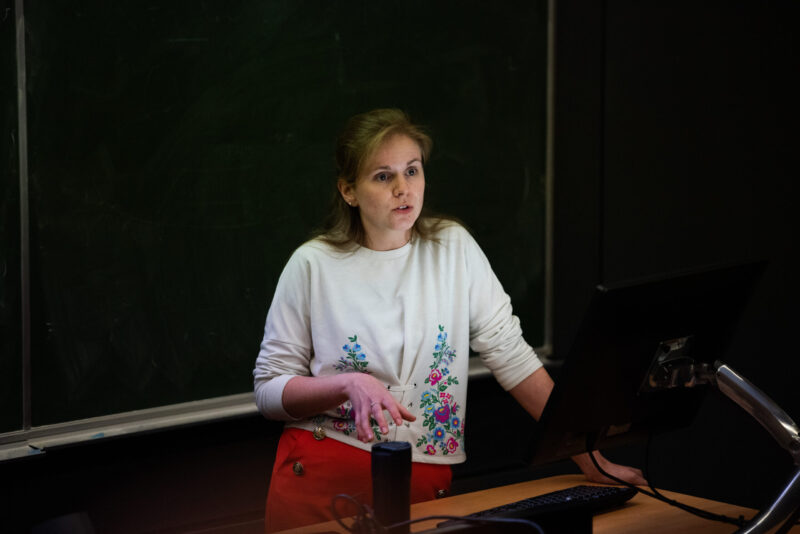 Students are to push for a meeting with the College’s dean of graduate studies over postgraduate working conditions, a town hall held by Trinity College Dublin Students’ Union (TCDSU) heard tonight.

At a sparsely attended meeting, postgraduate studies decided to ask Neville Cox, the dean of graduate studies, for a meeting before the next gathering of Trinity’s Finance Committee.

Last week, The University Times revealed that College had approved a proposal to cut hourly pay rates for casual staff working in the College – a now-reversed decision that became a flashpoint for postgraduate student anger.

A week after 80 students gathered in Front Square protesting the cut, far fewer gathered tonight in the Hamilton to discuss the next steps for a cohort that have frequently complained of low pay and precarious working conditions.

Cox last week wrote in an email to postgraduate students that “I cannot adequately put into words how strongly I oppose the suggestion that pay should be cut.”

“As Dean”, he said, “I have no responsibility or role in relation to finances, but I have always tried to make arguments about increasing resources for students and taking such measures as can be taken to assist students financially”.

“It has undoubtedly been the biggest frustration of my, soon to be over, time as Dean that students are either unfunded or underfunded.”

Tonight’s meeting took place in the aftermath of last week’s explosive revelations – reported by The University Times – of divisions in the GSU following the pay cuts proposal.

At the meeting, Scanlon cut across Oye as she discussed with postgraduates the hourly rate earned by PhD students on their stipends. When Oye struggled to name a figure, Scanlon asked: “Why don’t you know this?”, and added: “It’s extremely important for you to know that stuff.”

In an interview with The University Times last week, Oye defended herself against Scanlon’s public challenge, argueing that some postgraduate students had struggled to identify what their stipend amounted to hourly. “It was quite clear that the PhDs who were there were themselves confused as to what they themselves were being paid per hour”, she said.

In response, Scanlon wrote in an email to The University Times: “As my own record shows I work well with everyone to try and achieve the best outcome for students.”

She added: “I have shown commitment to student welfare and education on small and large issues from Free Hot Water and an overhaul of postgraduate spaces to the development of new ECT modules.”