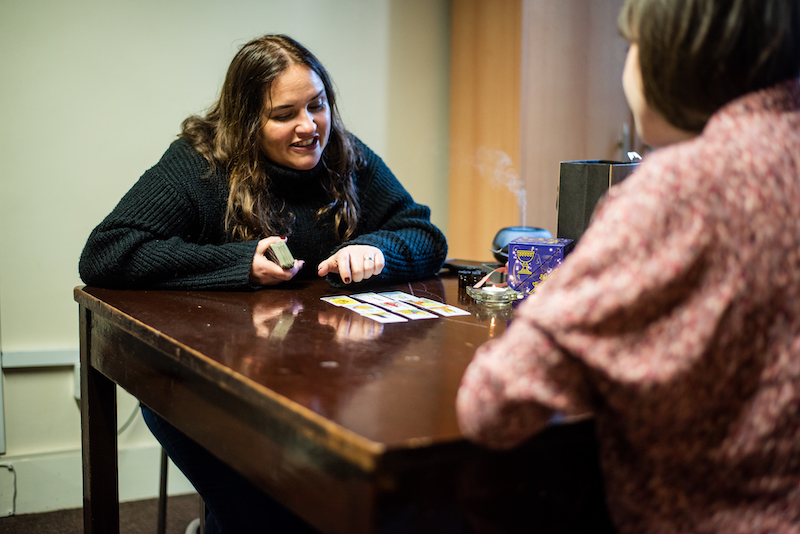 Personally, I’ve never believed in astrology. I do, however, enjoy occasionally browsing horoscopes in random magazines. I like seeing the way the author manages to craft an answer that is broad and yet specific enough that it can seem personal. So when Trinity Arts Festival (TAF) announced a horoscope workshop on Tuesday, I thought I would try my luck and check it out.

On my arrival to Room Three of the Atrium, I discovered there had been a slight alteration of the program (I wonder if the tarot cards saw that coming). DU Astrology Society (AstroSoc), the society that had originally intended to give the workshop, had had to pull out. However the stars aligned and TAF had organised seasoned tarot reader Olivia Brophy to step in and tell our fortunes with personal tarot readings.

Brophy began by giving us some basic insight into the tarot pack and its history. Created in the 1200s, the 78-strong pack is made up of 56 minor cards and 22 major cards. She explained that the minor cards are divided into suits, all of which represent a different aspect of life. Pentagons refer to money and finances, while cups are emotions and love life. Wands give insight into study, communications and work and swords determine health. Major cards such as the sun, the moon, death and the hanged man make up the remainder of the deck.

Brophy followed this with a demonstration reading, and one brave student volunteered to have his future revealed before a room full of eager listeners. Brophy informed us that it is vital to pay the tarot reader before a reading or it would be corrupted with bad energy. As the event was free, she provided a gold coin that we could give her before our reading in order to fulfil this technicality.

In this first reading, the chariot card brought dramatic warnings of fast car journeys, which solicited clear reactions from the audience. However, far from a harbinger of death, Brophy assured the crowd that this danger was more of the speeding ticket nature. Some of the audience were not convinced by her apparent backtrack, and she went on to explain that a tarot reader is always honest if a deadly reading is presented, although they take care to be sensitive with their delivery.

Before long it was my turn. I was instructed to shuffle the cards while focusing on a question I wanted answered. With nothing particular in mind I went for a generic question: “How will Hilary term go for me?”

She quickly identified from the cards that I was a bit of a “head-wreck” at the moment – with things up in the air. That was a bit of a shock. I hadn’t personally thought so, but the start of the term has been quite hectic, so perhaps she’s not entirely wrong.

Next she informed me that someone I know has let me down. I could feel my mind searching for someone who fulfils this description. Someone emerged. But even at the time I was aware it is her suggestions leading me and not an organic thought. But it will be okay, she assured me. This negative period will end shortly. She followed this with the analysis of the world card, which apparently foretells of a big trip to a far-away destination at some point in my future. Given the vague nature of the prediction, this again failed to convince me of the legitimacy of her craft.

Unfortunately the cards didn’t seem to do much for my original question, so I tried again. “What about money and work, is there anything about that?” She drew two more cards. Apparently nothing in my near future. Great. She gave me some hope for the long term, saying something will appear, but I think it was just to placate me. Eventually, I was sent on my way with a friendly smile and vial of essential oil for “balance”.

The event might not have convinced me that my fate is written in the stars – if only because I have hope for my employment prospects – but it was certainly a novelty. And while the small and drab room didn’t exactly lend itself to a fortune-teller’s lair, Brophy’s gentle manner and in depth explanations certainly lent some magic to the event, metaphorical or otherwise. 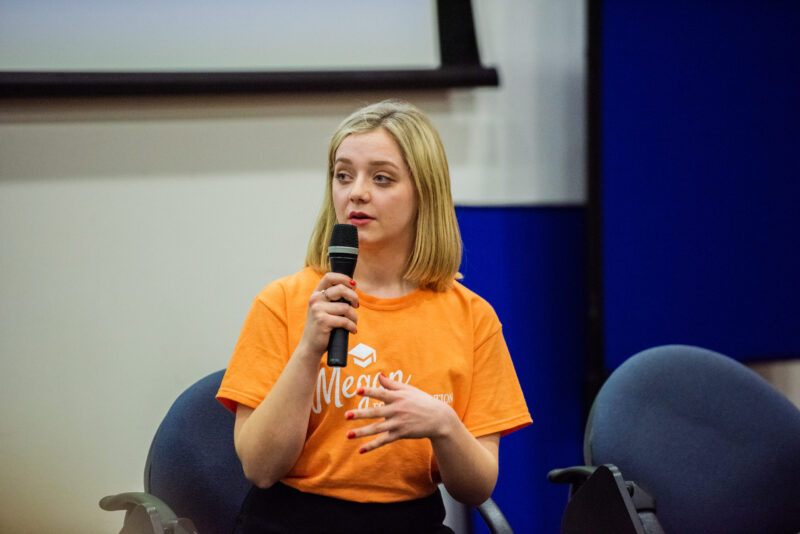