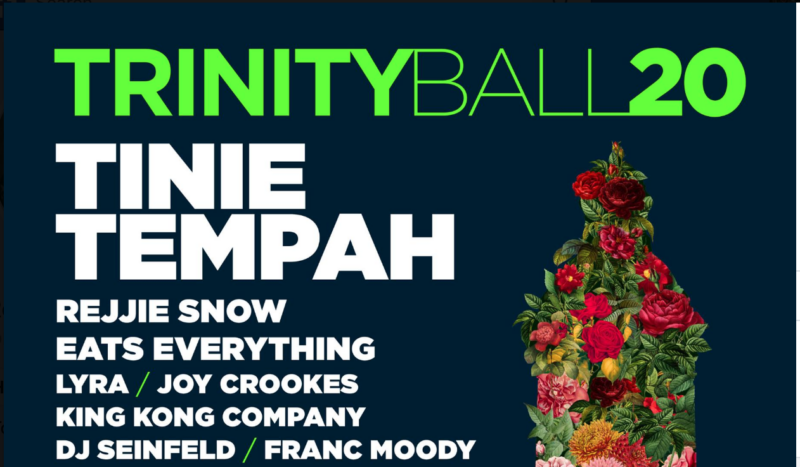 Tinie Tempah is set to headline this year’s Trinity Ball, it emerged today – an announcement leaked ahead of time when Rejjie Snow, the Dublin rapper whose appearance at the ball was revealed earlier this month, posted the lineup on Facebook.

Snow posted a photo of the Trinity Ball lineup – which contains already-announced acts Franc Moody and DJ Seinfeld – on Facebook this afternoon, hours before the announcement of the lineup tonight.

The lineup was confirmed by Trinity College Dublin Students’ Union (TCDSU) in a post on Facebook this afternoon.

English DJ Eats Everything is also set to appear at the ball, which will take place on April 17th, as well as Cork singer Lyra, soul singer Joy Crookes and Waterford band King Kong Company, who played the ball in 2017.

The lineup, which also features Irish duo Brame and Hamo, electronic act Holly Lester and Waterford singer-songwriter Moncrieff, was due to be announced tonight at a launch party in the Graduates Memorial Building. 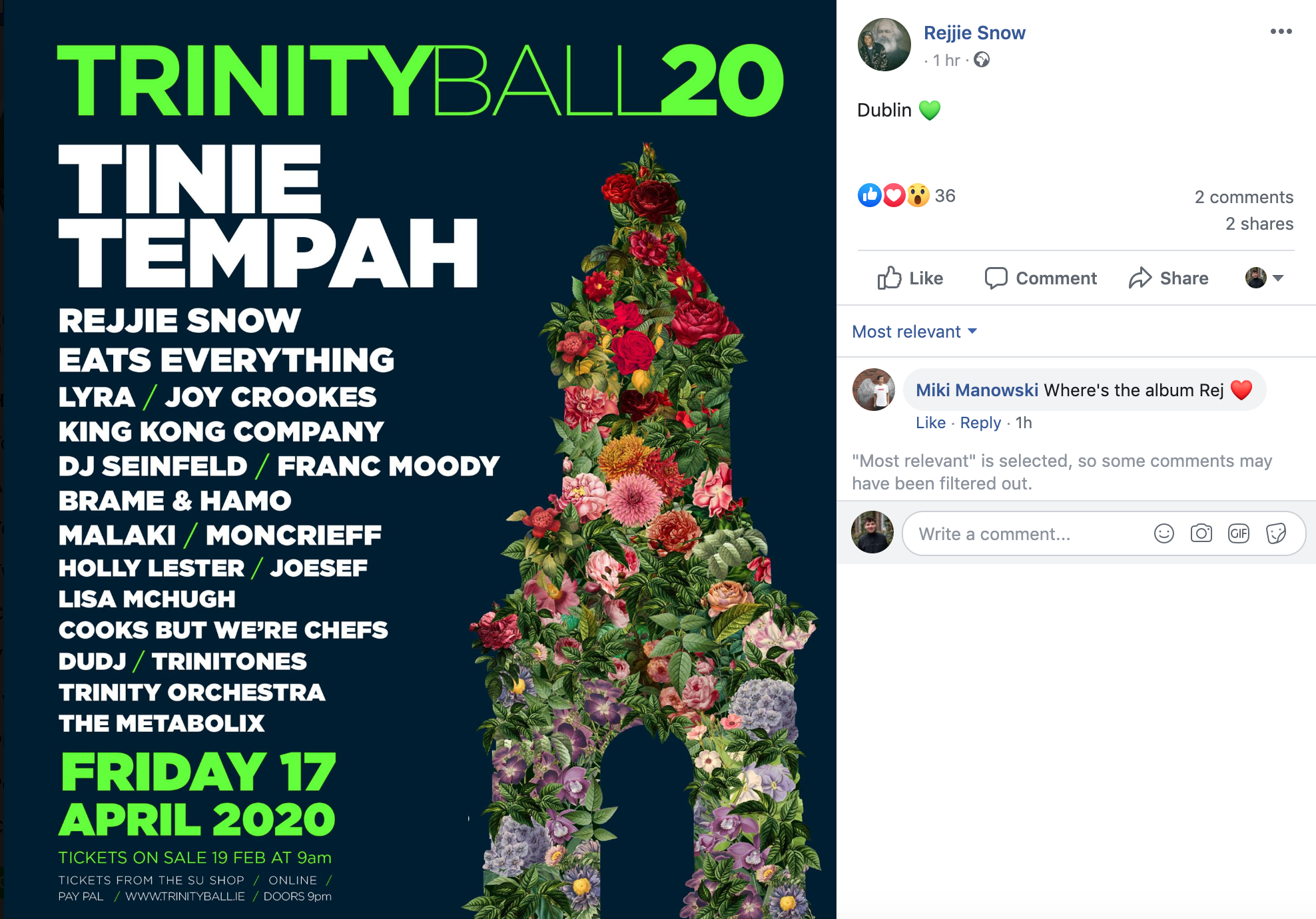 Rejjie Snow posted the lineup on Facebook this afternoon.

In an email statement to The University Times, TCDSU Ents Officer Judith Robinson wrote that she was “extremely happy with the line up we have this year”.

“We have a huge selection of acts from different genres, so there will be something for everyone”, she added.

“Our headline act Tinie Tempah has had seven number ones in the official charts! He is a fantastic performer and will be putting on a spectacular show for us.”

The unexpected announcement on Facebook is in keeping with a long tradition of inadvertent leaks ahead of Trinity Ball.

Last year, Scottish act Nina Nesbitt posted on Twitter that she was set to play in Dublin as “part of trinity ball”. And the year before that, singer-songwriter George Ezra fans received an email from record label Sony UK that included one tour listing as Dublin, Trinity Ball.