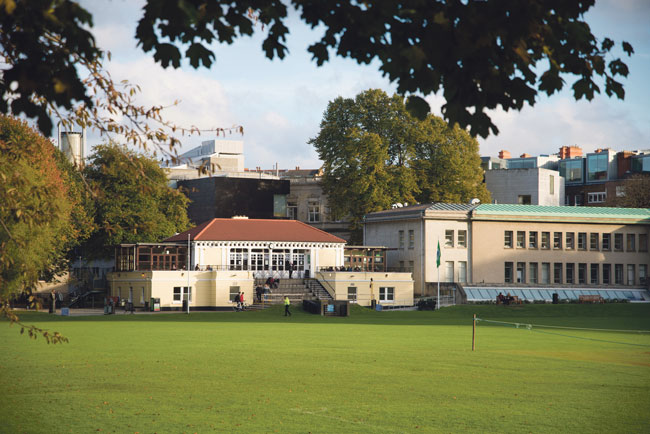 The issue of who should have access to alcohol and where they should be allowed to consume it is not a new one. Attitudes to the drug are as cyclical as they are predictable, with periods of puritanical opposition interspersed with those of a more liberal endorsement. One constant, however, when additional restrictions on alcohol consumption are mooted, is that they have a disproportionate effect on the poorer sectors of society.

Indeed, as much was clear to Samuel Johnson some 250 years ago when, in response to the common claim that there was no point in giving money to beggars as they would only spend it on drink, he said: “It is surely very savage to refuse them every possible avenue to pleasure… life is a pill which none of us can bear to swallow without gilding; yet for the poor we delight in stripping it still barer.” It is sadly unsurprising and not without precedent, therefore, that the government in recent weeks has announced an initiative whereby universities and colleges will be obliged to provide alcohol-free student accommodation and on-campus social spaces.

The initiative in question is no doubt well intentioned, aimed as it is at reducing the harm suffered by students through substance misuse. Good intentions, as we all know, however, are seldom enough, and in this case there is no escaping the fact that such measures are less than futile, to the point of being simply counterintuitive.

There is, in the first place, the issue of supply. At a time when everybody, not least of all third-level students, is struggling to find affordable accommodation, is it really wise to restrict further who can live where? By all means, if there were an abundance of student accommodation available at a realistic price, then such options could be provided. As things stand, however, there just simply isn’t enough accommodation available for people to dictate what, or whether, their neighbours drink. Furthermore, is it not bad enough that students are paying upwards of €800 per month for accommodation, without also being deprived of that gilding of which Johnson spoke?

In the second place, there is of course the fact that telling people they can’t drink in their apartments will have no salutary effects on their drinking habits. What it will do is promote a culture of drinking on the sly, creating a situation in which a greater number of students will be drinking in a manner that is far less healthy than drinking in the open.

There will of course be those who say that living in such accommodation is a choice. But given the housing situation in Ireland at the moment, this is far from a certainty. A situation in which students who consume alcohol to a moderate degree end up living in such accommodation by necessity is easily envisionable. This would mean students would be living in situations where if they want to drink, as they are entitled to do, they will either have to do it secretly at home or confine their drinking to outside of their apartments.

The former case would do nothing but foster an unhealthy relationship with alcohol, the opposite, surely, of what the initiative intends. The latter case would, given the exorbitant costs of alcohol in pubs and clubs in this country, mean an increased financial burden on such students, through no fault of their own other than being unable to find alternative accommodation in the midst of a housing crisis. Or, more worryingly, in their search for an alternative space in which to consume alcohol, students would be forced into public spaces and a habit of ditch-drinking. This, once again, can hardly be considered to reduce the harm of students’ drinking.

More to the point, perhaps, creating a culture of shame and stigma around what is already a poorly understood disease – addiction – is surely no way to combat said disease. Can we really hold our heads up proud over a third-level sector that denies those who do have addictions – be they to alcohol or other drugs – access to accommodation, and therefore potentially to education itself, precisely because of their illness? I certainly hope not.

On a somewhat lighter – though arguably no less important – note, separating alcohol and the university experience is simply boring. By this I am not referring simply to the night- and social life that is concurrent with being a student. I am referring to the fact that, in many cases, alcohol and academic and cultural pursuits are perfect bedfellows. There is no need to stress the connection excessively, but neither is there any need to deny that alcohol has played a large part in stoking the flames of many a genius’s creativity. In terms of stimulating conversation and breaking down barriers, it can be an incredibly useful tool, as well as a source of enjoyment.

Banning or excessively restricting the consumption of alcohol in student accommodation and on college campuses is, therefore, more than unadvisable – it is, in more ways than one, simply wrong. W. H. Auden, in his classic comic tone, captured his dismay at being confronted with dry campuses while on a speaking tour of the U.S. in his poem ‘On the Circuit. He wrote: ‘Then, worst of all, the anxious thought, / Each time my plane begins to sink / And the No Smoking sign comes on: / What will there be to drink?’

Who among you would really like to give as your answer to this man’s question a blunt and disappointing “nothing”?