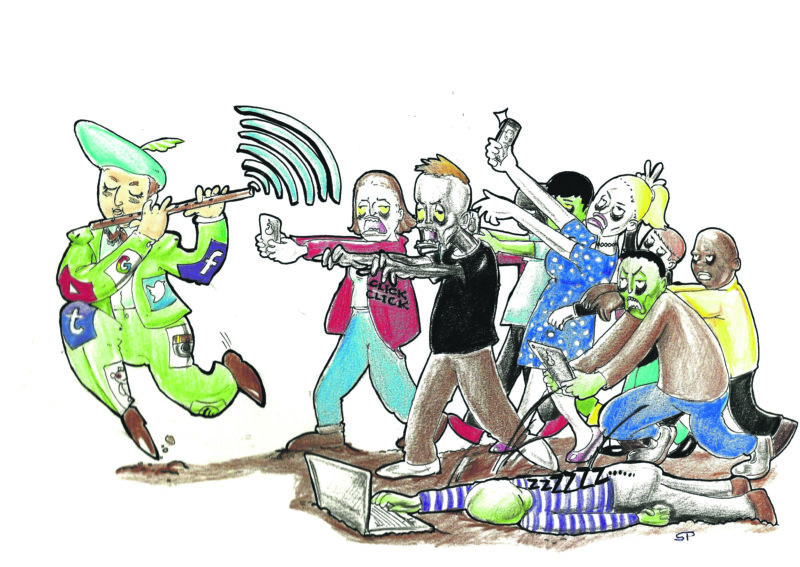 I think I have become obsessed with ageing. Although for most of my life I wasn’t terribly concerned by what birthday loomed around the corner, it seems that, as of late, age has been all that’s on my mind. My recent concern with withering away and deep-set wrinkles across my brow could perhaps be credited to the realisation that for the first time in my life, I’m beginning to feel old.

There hasn’t exactly been some eureka moment that has led to this descent into slight existential crisis. It has been a pattern of confusion that has emerged over the past few months – in which, for the first time in my life, I am beginning to feel I am no longer “down with the kids”. While in the past I could recite every viral meme and hilarious popular video, it seems now I find myself struggling to keep up with today’s waves of funny online teenagers. Old age is descending on me, leading me into my twilight years.

To tell the truth, what has sent me into a tailspin is actually the emergence of TikTok. Much longer than Vine, shorter than YouTube and with the same quick wit and trend-based humour as Twitter, this application also manages to share the filtered beauty of Instagram. In other words, TikTok is social media genius. With a unique algorithm that affords everyone the chance to go viral, TikTok has landed on the internet and completely revolutionised it. And its greatest attribute? It has split society into two.

While some have memorised every dance move and can perfectly lip-sync two-minute-long clips, many others see the unchartered territory of TikTok as too far out of their realm, and actively avoid it.

With a unique algorithm that affords everyone the chance to go viral, TikTok has landed on the internet and completely revolutionised it

In my case, for many months I turned my nose up at the mere mention of the app. It was a try-hard attempt at recreating Vine, and undeniably full of cringy 14-year-olds biting their lips and thrusting into the air – not exactly what I like to wind-down to in the evenings after a long day in college. I was sworn against the forbidden app, and little could be done to convince me otherwise.

It wasn’t until the Christmas break – when the plague of boredom set in and I had run out of terrible Netflix movies to watch and couldn’t face another game of unenthusiastic charades with my family – that I turned to the dark side. With one simple download, I was introduced to the enigmatic and ever-changing world of TikTok, and like Alice down the rabbit hole, there was no turning back. I found myself baffled, struggling to keep up, with little or no idea as to what most videos even meant. I was geriatric and uncool, with everyone on the app seeming decades younger than me and more stylish and witty than I ever was at 15. With that, the descent into madness ensued.

TikTok, for those who don’t know, is not just comedy or dancing – it’s political commentary and education on sexual health. There is no pattern to the plethora of clips that appear on your “For You” page, with a wholesome video of a puppy transitioning into a 16-year-old American teenager discussing the effects of colonialism on Native American populations – all with a catchy rap song playing in the background.

Most days, TikTok users will discover a new trend that has swept the app, which will have ultimately died out in hours, morphing into some different intricate dance or hilarious voice over. And I have never felt more out of the loop in my life. It is Generation Z at its finest, and no matter how hard I try to keep up, I always feel like a lecturer making an “okay boomer” joke six weeks after it originally went viral.

Just when I think I have TikTok cracked, and that I could probably relate to a group of modern-day teenagers, another bout of niche references emerges

Maybe I just have to accept the fact that I am just not the intended audience for TikTok, as painful as that is to endure. Despite my undeniable addiction to the app, and my genuine love of its content, a mere two days away from this avant-garde social media means I find myself back to where I started, dazed and confused. It seems just when I think I have TikTok cracked, and that I could probably relate to a group of modern-day teenagers with ease, another bout of niche references emerges from the app, and I am left behind once again.

Life is all about getting older, so maybe this is just my own version of baby-boomers being disgusted by vulgar rap lyrics and ripped skinny jeans. If Generation Z is getting political discourse, sexual health education and a lesson in hip-thrusting all in one place, then more power to them. I know I will persevere, and not let my old age get the better of me just yet. I am only 20, after all, so really I’m not quite as grizzled and doddery as I feel. I may not know any of the dances or recognise any of the big-name stars that have monopolised the app, but unlike many, I am not afraid to admit that I am a TikTok fanatic.

And maybe I do look like someone’s auntie trying a little bit too hard to keep up with the youngsters through outdated Facebook memes, but least I can say I have never attempted to make my own TikTok videos: I think perhaps I should leave that to Generation Z. I’m not that desperate to cling onto my youth. Not yet anyway.