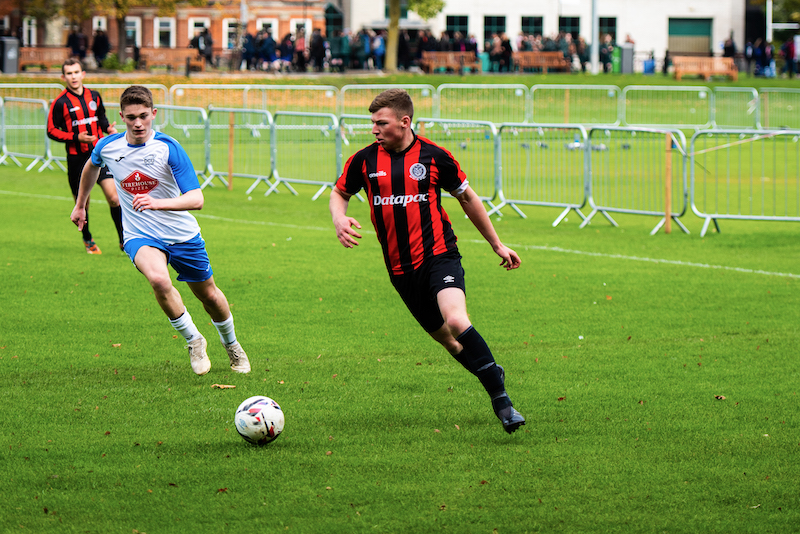 If the last few weeks have shown us anything, it’s that there are bigger things in life than sport. Like most of the sporting world, Trinity Sport made the decision to postpone all sporting fixtures indefinitely two weeks ago, due to the ongoing coronavirus crisis. Many – players and fans alike – are struggling to find solace without a game which provides them an escape during the best of times.

Dylan Connolly counts himself among them.

“It’s huge”, says Connolly, a full-back with Dublin University Association Football Club (DUAFC). “Football is something you look forward to most evenings as an escape and now you’re just trying to go for runs and keep your social distancing and that. It’s hard, even with the gyms being closed – [I] feel like a lost soul a bit at the moment.”

“Then there’s obviously at home, when you’re not playing it you’re watching it. So when the Premier League is not on, or you’re not able to go to the League of Ireland on a Friday night – not going to see [Shamrock] Rovers play is tough.”

Football is something you look forward to most evenings as an escape, and now you’re just trying to go for runs and keep your social distancing

“It’s not an easy situation, but hopefully everyone will get through it and everyone stays safe, and hopefully in the near future we’ll all be playing and watching football again.”

Football was always part of Connolly’s life. Like many others, he got into football due to his “football mad” father. His brother, Aaron Connolly, played for Dublin City University (DCU) in their recent Collingwood Cup triumph.

From the age of seven to 15, Dylan played his football for St Francis FC. His time at the Clondalkin-based club proved richly educational – there, he won two underage All-Ireland competitions two years in a row. He played alongside players who were tipped for some of England’s top sides during those campaigns – including Jack Connolly, who currently plays for Sunderland’s under-23s.

“We were viewed as the one of the best, if not the best, teams in the country for our age coming up. So seeing lads off that team moving to England to play professionally or some of us going on to play League of Ireland was special.”

“Football as a youngster was really good for me. I had a lot of success and definitely something I look back on fondly.”

Exposure to such high standards at such a young age fed Connolly’s hunger for success. After his time at St Francis, Connolly moved to Shelbourne FC, where he joined the under-17 set-up.

Connolly recalls the initial conversation he had with the manager at the Tolka Park club: “The Shels under-17 coach would always be up watching our games. Towards the end of the season, he knew a lot of us were gonna be leaving [St Francis], so he just had a word with me. And obviously, I almost bit his hand off because of course I wanted to play for Shels!”

I chose Dylan because of his drive to win, but more importantly how he motivated the players around him

It was at Shelbourne where Connolly caught the eye of the then under-19 manager Wayne Groves. Not long after joining the club, Connolly was playing with the under-19s regularly, and showing no signs of regressing.

Groves tells me Connolly’s talents were clear from the offset: “I first worked with Dylan at Shelbourne FC. He was playing for the 17s at the time. From the moment I saw him play, I knew he was good enough to play 19s. But when I started working with him closely, I got to see his real potential.”

Groves later took over Drogheda United’s under-19 side, where he remains now. But that wasn’t the end of the story for him and Connolly – Groves persuaded him to move with him to the County Louth side. When he agreed, Groves made Connolly captain.

Groves says he saw Connolly as a natural leader: “I chose Dylan because of his drive to win, but more importantly how he motivated the players around him.”

Connolly thrived at Drogheda, and even managed to get some first-team appearances under his belt. But, he admits, it wasn’t enough to truly make his mark. In an attempt to chase senior football, he moved back to Shelbourne to finish off his under-18 career, making some more senior appearances along the way.

It’s clear that Connolly relishes the idea of top-tier football: “When there’s a few hundred people out watching, you really can’t beat it, the buzz you get. Where the games mean something and you have people paying to come see matches and all. They are the games you want to be playing in, where there’s a bit of an atmosphere and something to play for.”

Connolly did not wait around to make an impression at DUAFC when he came to Trinity. With first-team League of Ireland experience under his belt, he slotted straight into the first team as a fresher.

DUAFC’s captain Jason Boateng is quick to praise Connolly’s contribution to the side: “His ability to play the ball from the back and play out of tight spaces is very beneficial to us. He’s one of our team leaders and sometimes takes the team-talks.”

College football has been really good to me. I’ve one more year left so hopefully we can go on to get one more

“On game days, he’ll usually come in half an hour early, give anyone any rubs or any strappings because he’s a soon-to-be physio. He’s a great guy and great laugh. But when it comes to game day he’s always 100 per cent focused, which I admire.”

A moment in his college football career that Connolly will never forget was winning the Harding Cup. Connolly was captain of the fresher’s team that beat University College Cork (UCC) 1-0 in the final two years ago: “That was absolutely massive, I don’t think the college had won it in about 21 years or so … it was a great buzz around the college. Just to win some silverware in Tolka Park against a good UCC side was unbelievable.”

Despite an early exit in the Collingwood Cup this year, Connolly was instrumental in the shield tournament, the Farquhar Cup. The full-back scored a sensational volley in the semi-finals against Queen’s, and a header against Maynooth in the final.

DUAFC eventually went on to win the final on penalties in College Park. In three years at DUAFC, Connolly has brought two pieces of silverware, and does not seem finished yet.

“College football has been really good to me. I’ve one more year left so hopefully we can go on to get one more.”

While the global footballing landscape remains uncertain, Dylan Connolly’s aspirations for success remain clear. No matter what direction his career might take, he has already established himself as a vital asset for DUAFC.