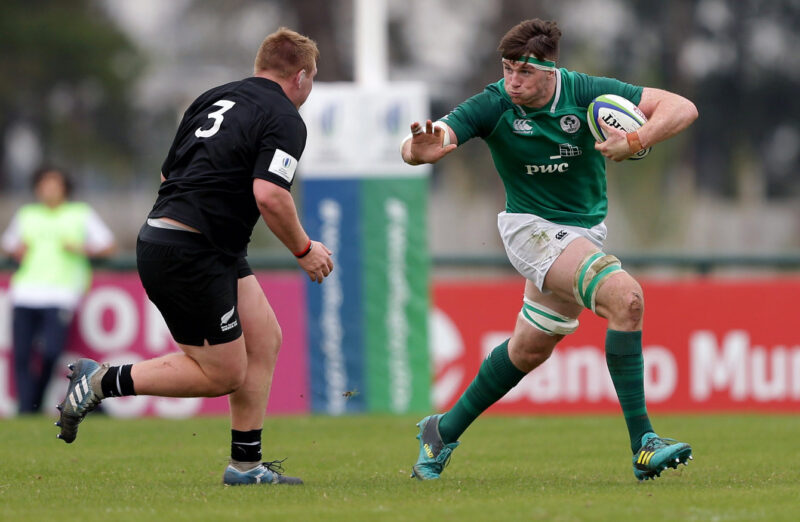 On the night he was to be announced as part of Andy Farrell’s Ireland squad for the 2020 Six Nations championship, Ryan Baird called Tony Smeeth, his head coach at Dublin University Football Club (DUFC).

With his side stretched with injuries and under-20s on international duty, Smeeth had spoken to Baird earlier in the week, and had agreed with the 20-year-old that he would play for Trinity in their All-Ireland League clash against Clontarf that coming weekend. But then his phone rang.

Smeeth recounts the call. Baird was audibly stressed: “‘Tony, I have some really bad news for you.’”

“‘I’m not going to be available, I can’t play on Saturday … it’s going to be announced in about an hour, I’m on the Irish squad for Portugal.’”

Smeeth’s reaction was exasperation – but not because he’d be without Baird, who he says is one of the most promising talents to ever wear a DUFC shirt. Smeeth’s issue was with Baird was how apologetic he was about earning a senior international call-up.

“I’m like: ‘Are you kidding me? You’re apologising to me for playing with Ireland?’”

Every game he plays, you just kind of shake your head at some of the things he does on the ball

Anyone that has paid any attention to Baird’s career will not have been surprised by his inclusion in the Six Nations panel – both initially in January as a development player, and now more recently as a full squad member.

Andy Skehan, the director of rugby at St Michael’s College, where Baird went to school, is one of these people. When I speak to him over the phone, Skehan says he noticed something special the first time he met Baird, then a transition year student at the Ailesbury Rd secondary school: “The first day I met him I had a feeling … you know, you never know, but you think with his athletic profile that he certainly had the potential to be a professional player.”

“He obviously had great height, great athleticism, very good lineout ability, but he also had very good pace and speed for a guy of that height, probably more than any player like that before.”

Baird came into a Senior Cup team that already boasted current Leinster first-teamers Scott Penny, Jack Dunne and Ronan Kelleher. Despite this, he made his mark in his first year of senior schools rugby. Skehan remembers the lock’s breakout performance as a transition year against Terenure College: “He was just all action. He was making line breaks, he was catching restarts where he was being lifted.”

“For someone who hadn’t heard of him before, to watch that game, you would be thinking: ‘Well, that’s a sixth year obviously.’”

People started to take note of Baird’s performances – and small wonder. Jeff Carter, the head coach of Leinster under-18s, tells me that schools rugby is a “very small world”. He first heard Baird’s name coming up in Leinster conversations when he started making waves in the Senior Cup. With many comparing him to St Michael’s alumni and Ireland international James Ryan, Carter knew they were onto something.

To be honest with you, playing with Trinity is a means of getting him to where he’s going, you know

Baird was drafted into Carter’s side for the under-18 interprovincial championship, and was duly handed the captain’s armband. Along with his obvious athletic prowess and skill on the ball, Baird’s competence as a leader was underlined that summer he played with Leinster for the first time.

“He was always encouraging to players, he’d often lead by example. Sometimes he didn’t have to say anything … a natural leadership trait in him, you know.”

Leinster went on to beat Munster at Energia Park to claim the interprovincial championship, with Baird leading the charge. It set the precedent for the rest of his Leinster career. Baird progressed through the ranks, eventually making his senior debut in a blue shirt against Ulster in a Guinness PRO14 match last April.

A couple of weeks ago, Baird-mania kicked into full effect when he scored three tries in a 55-19 annihilation of Glasgow Warriors, in his seventh appearance for Leinster’s first team. Smeeth says the performance encapsulated what Baird is really about: “Every game he plays, you just kind of shake your head at some of the things he does on the ball.”

“He’s an athlete, he plays angry … if you watch that game, his rucking, his tackle count. It wasn’t just his three tries. It’s just, he punishes guys in rucking. And he’s still growing into his body in many ways”, he says.

The day after his heroics against Glasgow, though, Baird was back in the changing rooms under the Pavillion Bar, mingling with his Trinity teammates. Smeeth knows that Baird loves his club and is always willing to play with DUFC, but admits that its unrealistic to try and cling to talent like his. “To be honest with you”, he says, “playing with Trinity is a means of getting him to where he’s going, you know”. 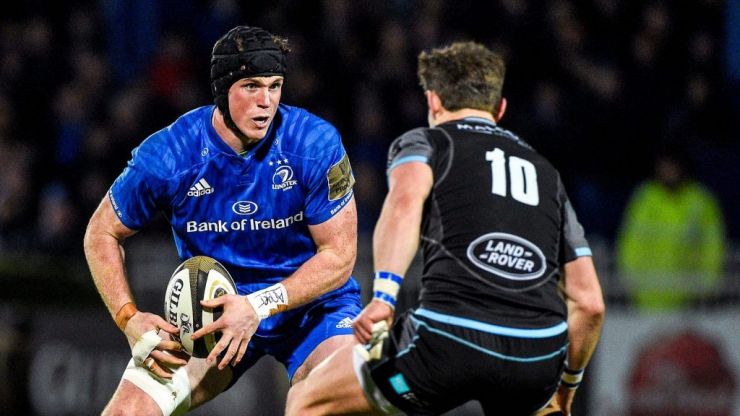 Baird-mania kicked into full effect a few weeks ago when he scored a hat-trick against Glasgow Warriors.

“He’s destined for the top.”

It’s hard to argue with him. The only asterisk beside Baird’s path to the elite level of world rugby is injury. After suffering some knocks in his first year at Trinity, Baird knows that he isn’t indestructible. Yet Carter thinks Baird won’t be hesitate when it comes to staking his claim for a place in Andy Farrell’s starting XV. “I think these lads, they’re so driven now that they want to play, they want to take somebody’s position.”

“You can be sure someone like Ryan’s in there and he’s knocking lumps out of James Ryan and Devin Toner and these lads. That’s what you want, you don’t want them just making up numbers.”

Just 20 years old and in his second year at Trinity, Baird is in the mix for a first senior international cap. When you take a step back, it looks likely that Baird will be catching lineouts in the green of Ireland in front of 50,000-strong crowds before long. Smeeth certainly thinks so.

“I mean, what do I know, but it looks like the other second row spot is just waiting for him, isn’t it? It’s just a matter of waiting.”