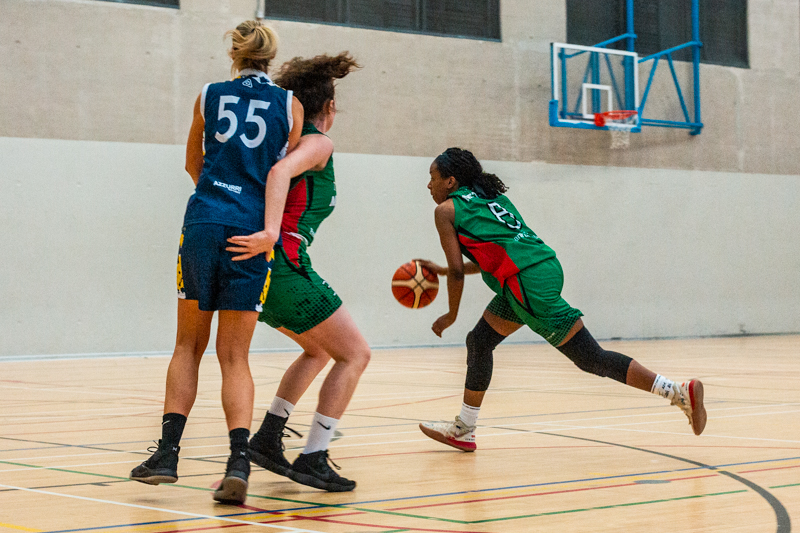 Lauren Grigsby and Carolyn Binder, recent Basketball Ireland Division 1 league winners with Trinity Meteors, will depart the club after one season with the outfit.

Both Grigsby and Binder joined Meteors at the beginning of the 2019/2020 season, a move that coincided with both basketballers taking postgraduate degrees in marketing at the College.

Grigsby and Binder both played a central role in Meteors’ promotion-clinching season. Along with Edel Thornton – who also signed for the club at the beginning of this season – Grigsby and Binder scored a combined tally of 59 points in their 80-65 league final victory over Team Tom McCarthy St. Mary’s.

Grigsby finished the season with the third highest average points per game rate in the league, coming in at an impressive 21.5 points per match.

In an email statement to The University Times, Grigsby said: “I really enjoyed this season playing for Trinity. It was cool to experience basketball in a different culture.

“It seemed going into this season not many people had us as their favorites to win anything – at least that’s what some of the older players told me. No one expected us to be promoted but that was always the goal for us so it’s nice to execute our game plan and achieve the unexpected.

“I know this season we gave the younger girls in the club something to look forward to as they continue to develop their basketball skills and grow their love for the game. We were able to bring hope back to the program and I’m glad to have been able to be a part of that.”, she added.

In an email statement to The University Times, Binder wrote: “It was an honor and joy playing for Trinity over the past year! Getting to represent a world renown university, get a top tier education and play with my amazing teammates was incredible, and the successful season we had was the icing on top.”

“On the court, we set out with one main goal in the beginning of the season: get promoted to the Super League. The fact I was a part of helping the team achieve that goal is really exciting. Not to mention, for the college team we also won the league.”

“All around it was a successful and unforgettable experience. Although it got cut short due to extenuating circumstances, I am grateful I got to be a part of it”, she added.