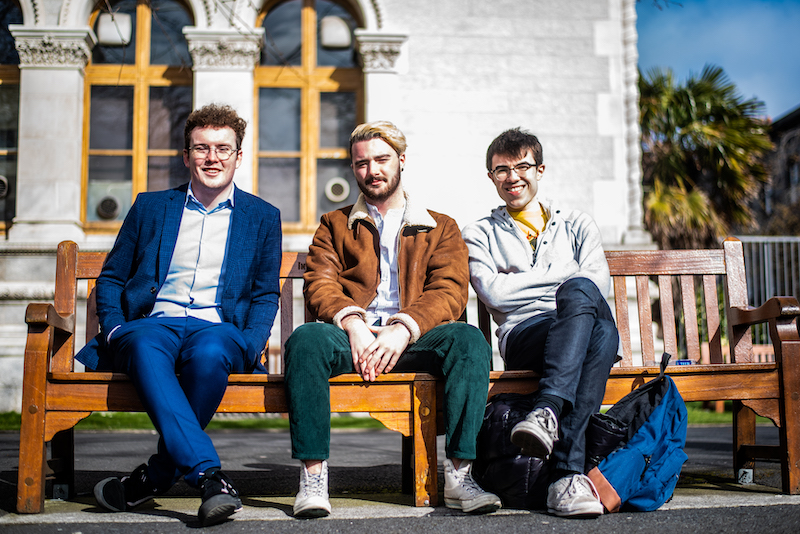 In these times of uncertainty, the ability to laugh is crucial – and nobody is more aware of this than the members of DU Comedy Society. And if laughter is universal, then the society is determined to bring it to a wider audience: committee member Liam Noonan tells me many students are “unaware” of how suited the group is to them.

While the coronavirus has put a pin in DU Comedy Society’s activities, in normal circumstances members maintain biweekly stand-up gigs – either in the Graduates Memorial Building (GMB) or in Chaplins near campus. There, committee members rub shoulders on stage with some of Dublin comedy’s biggest names. Shane Clifford, Hannah Mamalis and John Spillane have all taken part in stand-up nights run by the society – people “bubbling at the top of the creative world in Dublin”, according to Matthew Tallon, another committee member.

The society has run successful events in collaboration with comedy night Token Straight and Q Soc. Token Straight is a monthly night of queer comedy hosted by Jester’s Comedy Club, and one collaborative event gathered a crowd of around 80 students for a night that featured many College graduates.

But it’s not all on-stage antics: the society also holds coffee hours every Wednesday, which committee members claim are the “best on campus”. There, members can swap stories and compare influences – for Cameron Moylan, Stewart Lee is a personal favourite, while Liam Noonan draws on James Acaster and Matthew Tallon favours Steve Martin and Catherine Cohen. All comedians differ, as does comedic style itself, and members say their society has something to give to every person – introverted, extraverted or comfortably in the middle.

Members of DU Comedy Society are involved in writing short comedic films, as well as working on improvisational sets. A highlight of every semester is an eight-week course taught by Cilléin Farrell, a comedian and former member of the society. Farrell offers his expertise to the society’s budding stand-ups, and at the end of term a graduation gig takes place where people can perform five minutes of stand up with friends in a supportive and inclusive environment.

Right now, though, the whole world is facing into an uncertain future – and societies are no exception. DU Comedy Society has cancelled or rescheduled gigs for safety reasons, and it’s hard to know when society life will return to normal. But in an era when comedy is starting to have a moment in Dublin culture, DU Comedy Society is ideally placed to regroup and go again. Moylan says comedy isn’t about being the funniest person in the room – it’s about something much more universal: the joy of laughter. We all need a bit of that in our lives right now.