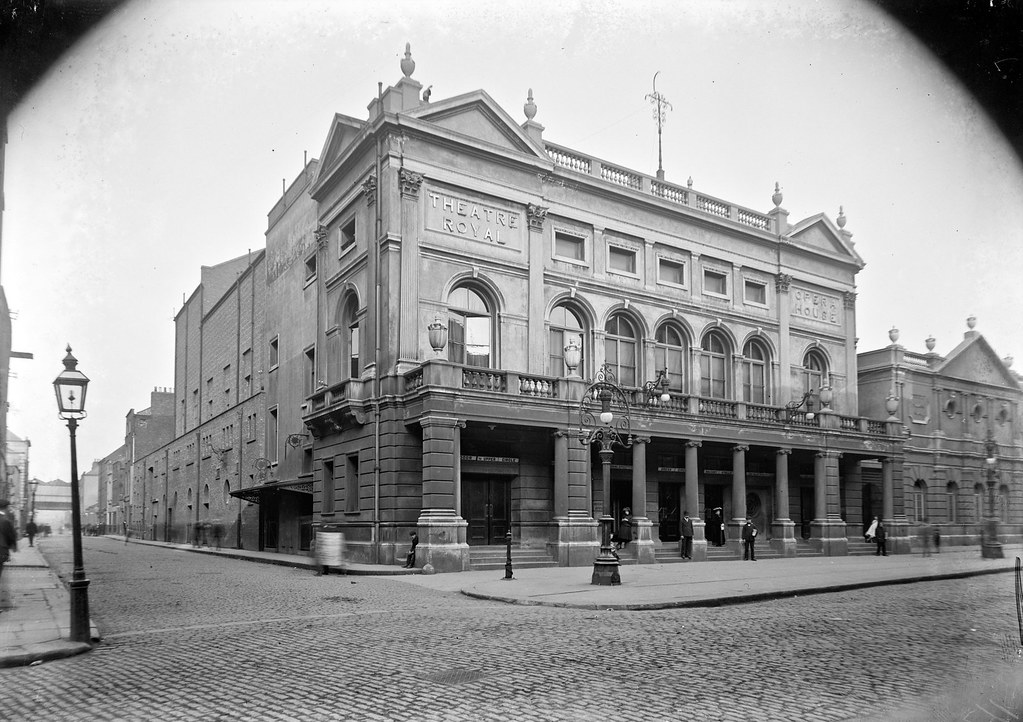 At the end of last year, Trinity students had to bid a sorry farewell to their beloved Longstone Pub, perhaps the only pub in Dublin in which you were guaranteed to find ample seating on a Friday evening – although with hindsight’s 20/20 vision, these vacancies were perhaps for good reason, namely the €5.90 pints of Guinness.

The Longstone, located on Townsend St, closed its doors after 264 years of glorious and dutiful business. The pub took its name from the old Viking “long stone”, a stone that symbolised possession of surrounding lands. There is vast speculation as to the whereabouts of the titular “long stone” but there have been, as yet, no concrete answers.

Now, however, quite symbolically, the pub occupies a similarly vacuous space in the city, having been completely deleted from Dublin’s landscape. It was demolished last year in conjunction with Apollo House. Hawkins House has recently been torn down as part of the same project. The long-promised demolition of these buildings was announced in 2016 as part of a plan to make way for a new “office quarter”.

This tiny portion of Dublin’s cityscape exemplified the heinous architectural crimes vastly done onto the city during the 1960s. Hawkins House, the 12-storey monstrosity built in 1962, was reminiscent of the worst aspects of communist-period architecture in Eastern Europe. It was widely recognised as Dublin’s most hated building and is probably best forgotten.

For a bob you went in at three in the afternoon. You had a show, you had a film, you’d sing a song with the great Compton Organ, then you had another show

The ground below Hawkins House, however, is notably regenerative. The newly flattened site has a very old history of demolition. Before this unsightly edifice, the site was home to Dublin’s Theatre Royal, built in 1820, a place of much merriment for Dubliners right through the 19th and 20th centuries (there were two Theatre Royals that preceded it, one located where the Smock Alley Theatre is today, and one on Crow St). The first Hawkins St Theatre Royal hosted the infamous Bottle Riot, orchestrated by Orangemen in 1822. The riot was started when a bottle was thrown at the Lord Lieutenant. This was later overplayed by Dublin Castle and treated as an assassination attempt.

The Theatre Royal was re-opened in 1897 and in 1906 a young Charlie Chaplin performed in an act called The Eight Lancashire Lads. Despite the act’s somewhat rowdy title, it was in fact a troupe of young male clog dancers, a far cry from the Lancashire lads of today. Shortly after its closure in 1934, the building was demolished, making way for the final iteration of the Theatre Royal, the theatre that Dubliners today will remember best.

The Royal held a special place in the hearts of many Dubliners. The Abbey and the Gate are lauded as Dublin’s great, historic theatres, but the Royal served masses of ordinary people. The theatre, with a capacity of 4,000, remained financially accessible.

Conor Doyle, a Theatre Royal historian, tells me that “for a bob you went in at three in the afternoon. You had a show, you had a film, you’d sing a song with the great Compton Organ, then you had another show. You were in there till 10 every night.” During the war, coal rations would often run out on a Sunday night. Noel Purcell, an actor who performed regularly at the Royal, would often quip: “Come to The Royal. It’s cheaper than lighting a fire.”

But it was more than just a theatre for the people of the city. Doyle explains: “The Royal was where they socialised, that was where they met their friends, their boyfriends, everything. It was the centre of the universe for a lot of Dubliners because, particularly during the war, times were tough. It was this great place for escapism. There was a great sense of community about it.”

Doyle has been collecting memorabilia from theatre in an effort to try and patch together its material history. “Over the last five or six years people have been sending me autographed books, photographs, programs”, he says, but adds that more than anything, he loves the stories, the living history. “They’re the most important bits. The photographs are great and the autographs are magnificent but I love the stories about people going to the Royal, the people they met and the stars they saw.”

Judy Garland performed in 1951 and, in just a week, she sang for nearly 50,000 people. A newspaper reported: “Taking part in good-humoured repartee with the people who had flocked to see her, Miss Garland got down to business, flung off her shoes because her feet hurt and got her fans to sing with her.” It adds that she sang “the old film favourites, many of the ditties having an Irish tinge”.

It is now rumoured that the star flung open her dressing room window and sang for the ticketless folk who had crowded in the streets below. I like to insist on the validity of this rumour and think that maybe someday, when the new and shiny office blocks tower over Townsend St, a pencil-skirted accountant might be struck by a peculiar ghostly impulse to fling open her window and belt out a ditty for the public below.

The popularity of cinemas and theatres waned during the 1950s, however, following the advent of the television. As well as this, many people who lived in Dublin’s tenement buildings were relocated to better housing outside of the city centre. On June 30th, 1962, the last Theatre Royal shut its doors for good. Doyle proposes that “if they had been able to hold onto it as a concert venue it would have been brilliant”.

The Royal was where they socialised, that was where they met their friends, their boyfriends, everything. It was the centre of the universe for a lot of Dubliners

“Unfortunately, there was this thing called ‘progress’ in the early 60s, and it was just bulldozed.”

The final show inspired impulses similar to those of the “less laudable” looters seen before. The audience members took liberties to take souvenirs from their beloved theatre. Reportedly, a man in his 90s with a stolen ashtray and two statues from the front of the theatre can be found on a house in Bray – a miniature version of the Elgin Marbles controversy.

Other residua survived the demolition and can be found scattered in various locations around the city. If you ever find yourself dining in the Trocadero restaurant, both your dinner and your company will be illuminated by the lights from the Theatre Royal. Nestled among Marks and Spencer’s selection of nylon tights is the marble staircase that once adorned the vestibule of the Theatre. There are a host of the theatre’s seats in a tiny auditorium in Ballybunion. Have you ever checked your hair in the mirrors that line the walls in Mulligans? Well, so too did the Theatre Royal-goers of the 20th century.

Doyle is doing his own service to pay homage to the theatre’s rich history. A pedestrian street will run through the centre of the new “office quarter” and Doyle is in the process of getting this street named “Theatre Royal Way”. I would imagine this process is needlessly arduous, as is the way with many bureaucratic processes in this country. We might never find the titular “long stone”, but let’s hope we get our “Theatre Royal Way”.