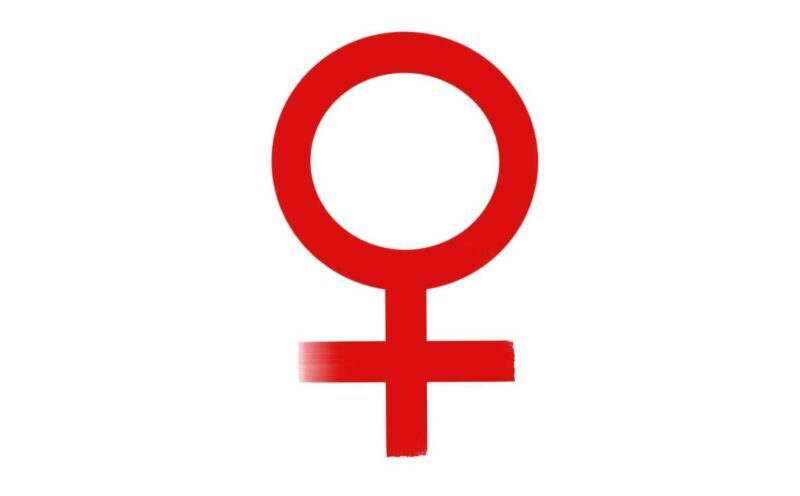 Recently I read an article in the New Yorker about Italian author Natalia Ginzburg. The author quoted a colleague: “In a post a few weeks ago … Jia Tolentino noted that after an Internet heyday, the time has passed for a certain kind of “ultra-confessional” essay, usually by women. Ginzburg’s work is the opposite of this kind of writing.”

I’m not entirely sure that I agree with such an appraisal of Ginzburg’s work, although I am no expert. I know, however, that there is always a need for testimony. When it comes to the intricacies of female experience, it is fabulously ignorant to believe that we have no more need of testimony.

It is evident that Deirdre Daly, an assistant professor and post-doctoral Research Fellow in the School of Nursing and Midwifery, believes testimony is invaluable.

Daly is the mind, and driving force, behind the Maternal Health and Maternal Morbidity in Ireland study, or the MAMMI study as it is more commonly known. It began in 2011 to fill a significant data gap in women’s health. The gap was leaving a lot of vulnerable women in the dark and, crucially, silent.

If there is nobody asking you about your health and there is no data, you don’t have the language and you don’t know if it’s normal or if it’s just you

Historically and still today, women’s health has often been considered to be something of an anomaly – or in other words, a “woman problem”. Complicated, irrational, imaginary – the list goes on. Daly points out one of the greatest and most harmful consequences of this stigmatisation of women’s health, and the refusal to treat it as important: “If there is nobody asking you [about your health] and there is no data, you don’t have the language and you don’t know if it’s normal or if it’s just you. And so you’re certainly not going to talk about it, because you’re too embarrassed.” Breaking that silence is exactly what she’s trying to do with MAMMI.

Over a cup of black tea in her Clare St office opposite the National Gallery, Daly fondly recounts one woman’s experience that became the impetus for the study. She was lecturing in Trinity at the time, when she used to conduct the Rotunda Hospital’s outline clinic on a Monday night. “I loved it”, she says. “You’d nearly run out to get to it.”

One evening, a woman came into the clinic, and Daly got the feeling that she was “holding something back”. During their third meeting, the woman burst into tears. ‘‘Something I asked her … or the woman at last felt: ‘Okay, this one’s here again, I can trust her.’ Trust is so important. And she just started crying and spilled out the misery of the couple of years since her first child’s birth. She had double incontinence – everything. Relationship, social life, work life – everything was just falling apart and she was just miserable.” Daly gave her a referral and by the end of the pregnancy, the woman was almost fully doubly continent. “I can hear that woman still – coming into the clinic after that, dancing, skipping.”

However, it was only afterwards when Daly went looking for data regarding women’s health in the months after childbirth – including pain, issues in relation to sexual health and mental health – that she discovered there was nothing. So, she decided to collect it herself.

Testament to the importance of this data has been its response. Some 2,503 women have joined to date. The study, she says, has resulted in a “whole suite of resources for women” known as WHAM – Women’s Health After Motherhood. It was codesigned by the mothers of the MAMMI study, of whom she says “I would do nothing without them”. Many of them often present at conferences with her. 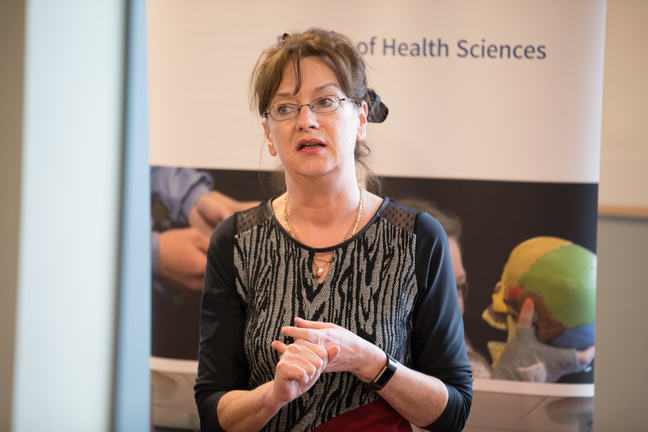 Deirdre Daly is the mind, and driving force, behind the Maternal Health and Maternal Morbidity in Ireland study.

As our conversation draws to a close and the tea sits cold in my cup, listening to Daly, I am reminded of how there are still so many gaps and silences to be filled. Considering the slightly less than robust National Maternity Strategy and its slow progress, Savita Halappanavar and the vaginal mesh scandal a few years ago, the MAMMI study stands out to me as being a rare success story in a country that is still grappling with women’s health and the need to take it seriously.

I cried at least once a day most days at the beginning of this academic year, having been diagnosed with Polycystic Ovarian Syndrome (PCOS) in August – a condition that is, in a sense, exactly what it says on the tin. According to my last ultrasound, I have around 20 cysts on my ovaries.

One of the things that I found strange about my initial consultations after the diagnosis was the question: “Have you done any research into PCOS?” I think it was posed because when one does a little Googling, there’s very little diversity in the symptoms listed as the “main symptoms”. Women with PCOS often struggle with their weight, experience excessive hair growth, experience acne and an irregular menstrual cycle. I only ticked one of those boxes – irregularity. There wasn’t really much to tell me.

The symptoms listed are those evinced by scientific research. There are a swathe of other difficulties experienced by women with PCOS into which there has been little or no research. While there has been a large amount of data collected attesting to the fact that women with PCOS are at a much higher risk of mental illness than those without, nobody seems to be able to explain why. I’d give my last roll of panic-bought toilet paper to anyone who could explain why.

A few weeks into taking Yasmin, the birth control pill I’d been prescribed to regulate my cycle, I went to the doctor to ask about a small and separate issue. While I was there, she asked how I was getting on with the pill. I told her that I was no longer experiencing horrific pain but I was exhausted, more emotional than usual and had been bleeding most days. She smiled and told me that this was all completely normal. “Some women”, she said, “vomit every morning, others have migraines all the time…”, she trailed off, still smiling. I know she did so to reassure me, but I felt frustrated and had the terrible urge to exclaim: “So it’s normal, but do you think it’s okay as a healthcare provider to send a woman home who’s been vomiting every day with nothing more than advice to wait it out? For three to six months?”

But I suppose, as my doctor so sweetly highlighted, it could be worse. And it really could be – I could have endometriosis. My mother has endometriosis, which is one of the reasons my doctor thought it was worth checking my hormone levels.

Do you think it’s okay as a healthcare provider to send a woman home who’s been vomiting every day with nothing more than advice to wait it out?

According to the Endometriosis Association of Ireland, women in Ireland can, on average, go nine years presenting symptoms before being diagnosed. For my mother, those symptoms included a pain worse than childbirth, every month, in her words. For 10 of the years that she went without diagnosis, she was told that her symptoms were psychosomatic. As was the case with my mother’s siblings, some people begin to believe that you’re over-exaggerating menstrual cramps. You’re anxious and confused, and then you’re told that for some reason, you have decided to inflict this pain upon yourself. Forget the pain and the bleeding, you’re psychologically very ill.

When she was finally diagnosed, she had stage four endometriosis. The doctor who diagnosed her couldn’t believe how aggressive it had become, saying: “I don’t know how you haven’t gone around banging down doors.” Endometriosis involves lining similar to that of the uterus occurring outside of the uterus and shedding, like that of the uterus, in a cyclical fashion. So, for some women, they are experiencing monthly internal bleeding for years on end, while being told that it’s all in their head.

Why does it take so long to diagnose? My first thought – lack of research. The other subtle but insidious factor at play in delayed diagnosis appears to be the age-old tendency to simply refuse to believe a woman.

“Nobody’s interested in spending huge amounts of money in health unless it’s saving somebody money, is making a profit for pharmaceutical companies or for tech companies to make stuff to sell. Make a new MRI scanner – everybody wants the new MRI scan, make a new drug for COVID(-19) – everybody wants it. But there’s only a limited budget, so spending money on caregiving … there’s no incentive. It’s very hard to get funding for those kinds of things.”

Nobody’s interested in spending huge amounts of money in health unless it’s saving somebody money, or making a profit for pharmaceutical companies

I learn a great deal from Dr. O’Boyle. Over a cup of mint tea (that he very kindly bought for me) he explains that statistics about homebirth often count any birth that occurs outside of a hospital – including instances in which a woman gives birth on the side of the road. He adds that planned births at home, with a qualified midwife and access to an ambulance if necessary, are the safest births around. However, despite an announcement from the World Health Organisation a couple of years ago that only 10 to 15 per cent of a country’s births should be facilitated by a cesarean section, in Ireland, around a third of births are facilitated by a cesarean section.

In hospitals, obstetricians only ever encounter the instances in which a homebirth goes wrong. This is one factor that contributes to homebirths getting a bad name.

I wonder: why is this completely new information to me? Then I think about all the people I know who had never heard of PCOS until I told them I had it. How do you raise awareness about these “silences” on a grand scale?

“The lobby group for pregnancy and birth is half the population in their fertile life, after which they become more interested in things like: can you get a creche, can you get maternity leave, care leave … it’s a small window. We don’t have a very strong lobby for women’s issues, I think.”

O’Boyle’s claims seem to stack up: the recent CervicalCheck scandal, as well as many of the stories told by women for the first time during the campaign to repeal the eighth, threw Irish society’s struggle in recognising and respecting women’s health into stark relief.

We know, Daly says, that there is a data gap in women’s health, with so many women suffering from so many health issues. It is only by inviting women to come forward, listening to women’s experiences and compiling this data that we can make any progress. To do this, we all need to advocate, where we can, for interests outside of our own because, as Daly says: “Someone, somewhere has to regard these health issues as important” – and not just women.