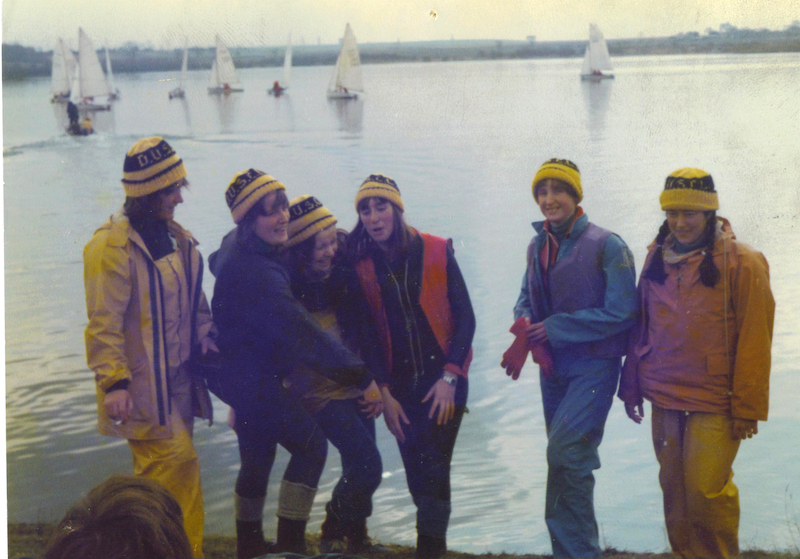 Members of Trinity's Sailing Club pictured in Leeds, the year they won the Association of Northern Universities Sailing Club Competition.

For Trinity Women’s Sailing Club, the late 1970s and early 1980s were a fruitful period. The club regularly excelled at national competitions, as well as tournaments featuring sailors from both the UK and Ireland, even winning the Association of Northern Universities Sailing Club Competition in 1979.

But analysing the period, it still feels reductive to focus on the club’s achievements by themselves. For those involved, it was their contribution to the 1981 Irish Universities National Competition – a mixed competition, amalgamating universities and genders – that sticks most in the memory, and that burnished their reputation as one of the country’s finest university sailing outfits.

For Alison Hackett was a member of one of Trinity’s three boats that day. They were one part of an Irish team made up of University College Dublin (UCD), the Royal College of Surgeons in Ireland and others, and took on the core of the British Universities Sailing Association, which included the likes of Edinburgh, Birmingham, Manchester, and Imperial – a tough string of opponents and a larger talent pool than that available to the Irish selectors.

For Hackett, the close-knit nature of the Irish team was key to their win. “We knew our team, we knew the kinds of sailors we had and we were all good friends, which definitely helps”, she says, recalling an event that took place in Dun Laoghaire.

We knew our team, we knew the kinds of sailors we had and we were all good friends, which definitely helps

The success of the Irish universities is obviously the standout from the competition. But at the time, intervarsity sailing was dominated by a seemingly invincible UCD men’s side, so even getting selected for the men’s outfit was a success. Not that Hackett saw it that way. “In many ways”, she says, “it was better for crew members being smaller, as you have to squeeze in with your back to the mast and be able to move around – roll tacking [and] leaning out fairly easily”.

“And the fact that girls and boys could compete with or against each other was just great fun.”

On the day itself, their win was far from a foregone conclusion. But Justin Geoghegan – who as captain was one of the selectors for the team that day, and is now Hackett’s husband – tells me that “they had some good sailors, but then again we had the home advantage what with it being at Dun Laoghaire, and I do think that made a bit of a difference”. 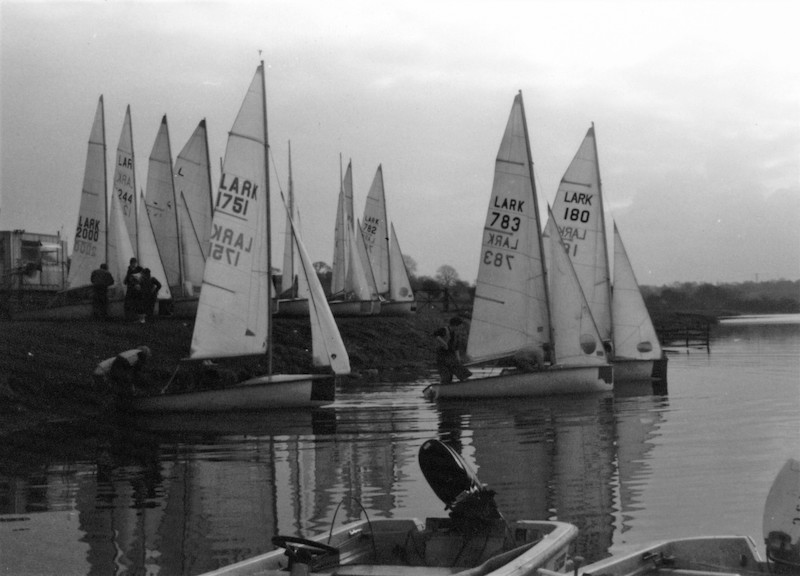 Larks, the boat frequently used by the club in team racing. They used Fireflies the year they beat the UK.

As for the crew itself, Geoghegan says, “it was a bit like chess. Everyone in the team had different roles – some were more streetfighter racers who liked to get stuck in”. I ask if he and Hackett adopted this type of style, but they grin and shake their heads. “We were more clean”, says Hackett with a wry smile. “Get clean and get fast, that was us”, Geoghegan echoes.

Indeed, while Ireland may have had some scrappers in their boats, the event was actually one of many that brought sailors from either side of the Irish Sea closer together. “Each winter we’d go to two events in the UK, so we kind of knew a lot of them”, remembers Hackett. “A couple of them”, says Geoghegan, “have become life-long friends now, and we still laugh about some of the races we’ve had together”.

Indeed, it certainly appeared they had as much (if not more) fun off the water as on it: “There were a lot of parties and social things going on, and we loved going over [to the UK] – it was mixed, men and women, and as a student that just made everything that much more fun.” 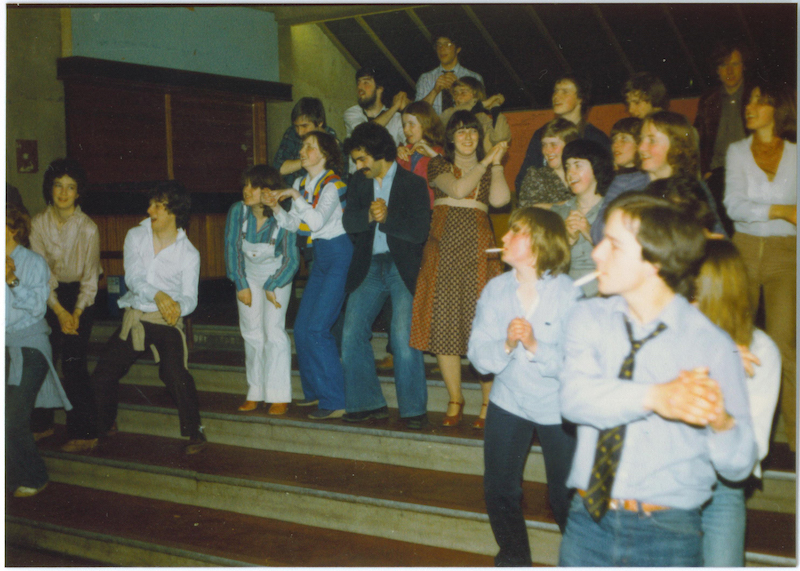 Members of the club taking part in formation dancing. Hackett and Geoghegan say sailing had a great social aspect.

Geoghegan says sailing was the perfect student sport. “ Alcohol had very little – if any – influence on your ability to perform, and a splash of sea water would set you right”, he chuckles. “As a student it was just so much fun.”

With all this in mind, it’s perhaps unsurprising that those who participated in the Irish Universities National Competition look back on it with such fondness – and that it’s more instructive to examine the success of Trinity’s female sailors through this lens.

It was also, as a mixed-gender sporting event, somewhat ahead of its time – and Hackett and Geoghegan say it’s a blueprint that really worked.

“Athleticism is not just for women or men”, Hackett says. “It’d be really good to think of ways to put them together more often in other sports too.”