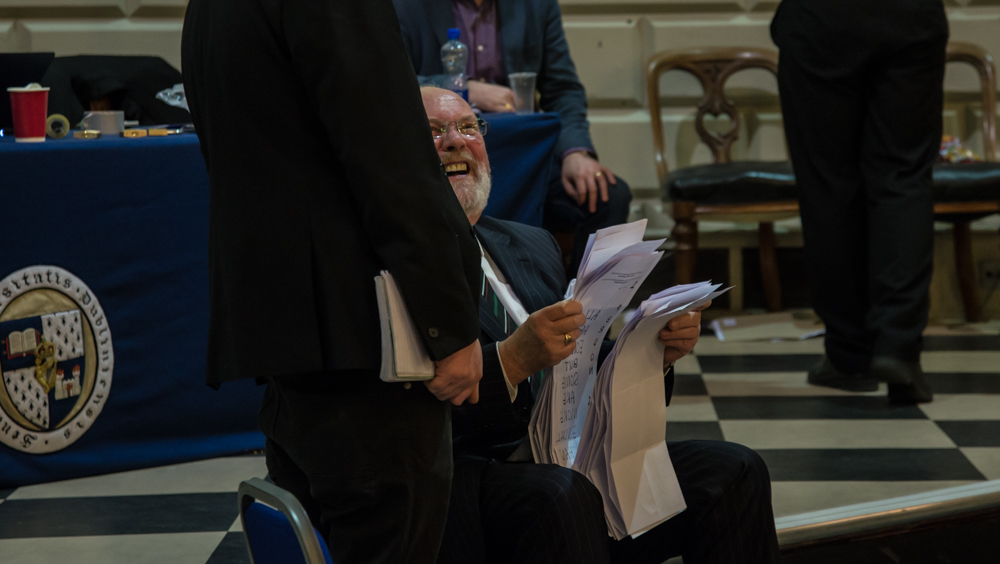 David Norris has reclaimed a seat he's held since 1987.

Senator David Norris has been re-elected to the Seanad in the University of Dublin constituency, reclaiming a seat he’s held since 1987 on the fourth count.

The count is taking place in a near-deserted Dargan Theatre in Trinity’s Business School, where social distancing protocols are being observed due to the coronavirus pandemic.

Norris is likely to be joined by fellow incumbent Ivana Bacik, who has 3,571 votes after the fourth count.

Lynn Ruane, the Independent Senator first elected in 2016, is on 2,870 votes, while Hugo MacNeill – the the former rugby international and boss of Goldman Sachs Ireland, is fourth with 2,133 votes.

Tom Clonan – a retired Irish army captain and academic who revealed a catalogue of discrimination against female soldiers in Ireland’s defence forces – is on 1,492 votes.

William Priestley is on 1,175 votes after the fourth count.

Last week, the Sunday Times reported that O’Gorman – the strategic development officer of Trinity’s Central Societies Committee – has given himself and his partner around €1.3 million in the last four years through the tour company he runs on campus.

Norris is the longest-serving senator on the panel, whilst Bacik is Reid Professor of Criminal Law in the Law School, and is also a former president of Trinity College Dublin Students’ Union (TCDSU). Ruane was elected to the Seanad in 2016 while serving as TCDSU president.
Bacik and Ruane are the only two women who ran in this constituency.

MacNeill, who won 37 caps for Ireland, currently works with the Trinity Centre for People with Intellectual Disabilities. Last year, the Irish Times reported that MacNeill was a member of Trinity’s controversial all-male society the Knights of the Campanile.

Priestley, a director of Our Lady of Lourdes Community Services Group, ran again after losing out in 2016.