In the overwhelming success that was Trinity Meteors’ 2019/20 season, US sports scholar Lauren Grigsby was an essential asset. Grigsby led the Meteors in scoring, with an average of 21.5 points per game, including a 30-point performance in the league final that saw Trinity clinch promotion to the Super League – the top tier of Irish basketball.

Throw in the fact that she was named MVP of the intervarsity league final, and it’s safe to say that Trinity basketball will sorely miss Grigsby next season as her one-year stint at the college has come to an end.

Meteors’ head coach Vinnie O’Keefe knew from the beginning that he had recruited an exceptional player.

That Division 1 school was Rice University in Houston, Texas, where Grigsby spent four years playing at an elite level. She was no stranger to winning by the time she came to Trinity: in her final year at Rice, Grigsby’s team won the Division 1 Conference USA championship, while also going undefeated in the league. That same year, Grigsby won “Sixth Player of the Year” of her conference – an award given to the best substitute on a basketball team.

I saw a kid who wanted to be the best at what she was good at. She understood her strengths and weaknesses

O’Keefe notes that “her credentials were impeccable, absolutely impeccable. So, at that point, we were very lucky to get her”.

Her coaches are all broadly harmonious when it comes to explaining the success Grigsby has enjoyed during her career thus far.

According to Tatianna Lee, Grigsby’s coach at Dekaney High School, “Lauren’s greatest strengths are her IQ, her mid-range pull up and her ability to finish around the rim”.

“I saw a kid who wanted to be the best at what she was good at. She understood her strengths and weaknesses very well and worked extremely hard to hide her weaknesses by perfecting her strengths”, Lee adds.

Grigsby is well used to success, even going back to her high school days. As Lee says, “at Dekaney, we didn’t lose many games. I believe we may have dropped a total of six games in the two years she was with us”.

Her competitive edge has perhaps been the key in her knack for winning. Grigsby admits this about herself: “I am a super-competitive person – I want to win any and everything. If we were in practice doing any drill, I want to win. I don’t care if we are keeping score or not, I want to win.”

“Sometimes some of the girls would tell me I was too competitive, but to that I say no such thing. A competitive environment also pushes everyone to go hard, which fosters growth – and if you aren’t trying to get better, what’s the point of even trying at all?”

Perhaps this quality stems from one of Grigsby’s old coaches, who buffeted her hopes when she was in middle school. The coach called her an “average player”, she says, and told her she “probably wouldn’t stand out enough to earn a scholarship”.

“That really motivated me to step up my game and prove him wrong”, Grigsby says.

While working towards that goal, Grigsby was quiet but determined, Lee says. He describes Grigsby as more of a “true competitor” than a “vocal leader”. 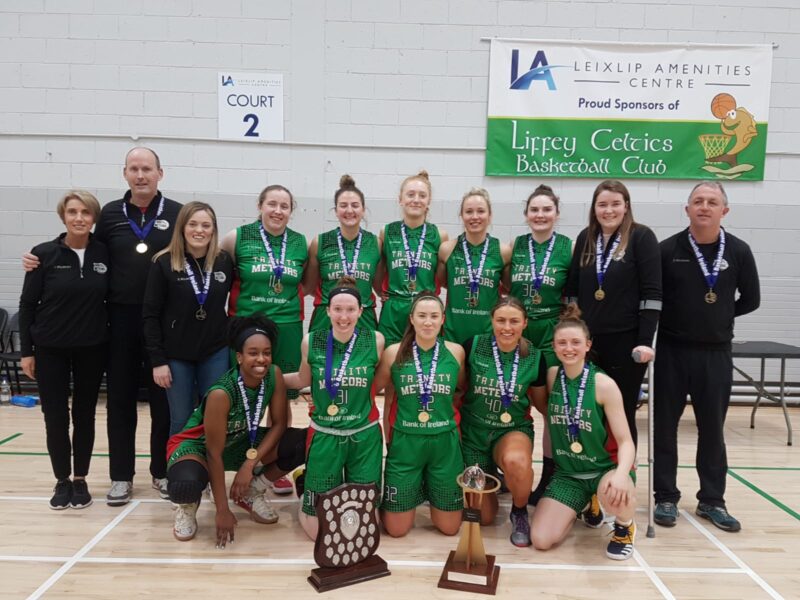 Grigsby was at the centre of Trinity’s successful promotion bid this year, and notched a remarkable 30 points in the final against St Mary’s.

“There were times when we would have liked Lauren to embrace and step into the leadership role more, but she was not extremely comfortable being front and centre”, Lee says.

“Lauren is extremely competitive and hard on herself. Her competitive edge comes out on the offensive end – finding ways to produce points when her team needs it most”, Lee says.

Silent determination is what worked for Grigsby. Lee points to one game that encapsulated what Grigsby is all about: “It was a rival game for us against Klein Forest during the 2013/14 season.”

“Going into the fourth [quarter], we found ourselves down by five. Lauren worked hard to stay active without the ball and found ways to create for her teammates and herself by getting to the rim and to the freethrow line when it mattered most. Lauren took personal responsibility to help her team get the win. Losing was not an option for her.”

When we needed a big bucket to change the tide, we could always count on Lauren to step up

Grigsby secured that all-important scholarship to Rice University after high school, but her drive didn’t let up. Tina Langley – the women’s basketball coach at Rice University – also emphasises Grigsby’s determination and her ability to manifest her competitiveness in crunch-time situations.

“She had a knack for hitting the momentum shot in a game”, Langley says. “When we needed a big bucket to change the tide, we could always count on Lauren to step up and make that shot.”

After her senior year, Grigsby took the opportunity to move to Trinity so she could continue her studies while playing basketball at the same time. But having come from an environment where you’re treated like a de facto professional athlete, the move to Trinity was a big adjustment.

“It is so much more laidback and like a leisurely activity here, whereas in the States in college it’s pretty much a job”, Grigsby said. “You’re spending probably at least like seven or eight hours a day between film, practice, weights, getting up extra shots, and treatment – the time commitment was much lower at Trinity.”

O’Keefe realised this as well. “I think it’s a hard adjustment for all Americans coming over”, he says. “You have to remember that they’re coming from a situation where they are practically full-time athletes and they’re in college to play basketball first and foremost.”

“We try to do as much as we can here, given the volatile nature of the girls working at the same time, but it’s always an adjustment for Americans going. But Lauren seemed to have adjusted quite well.” 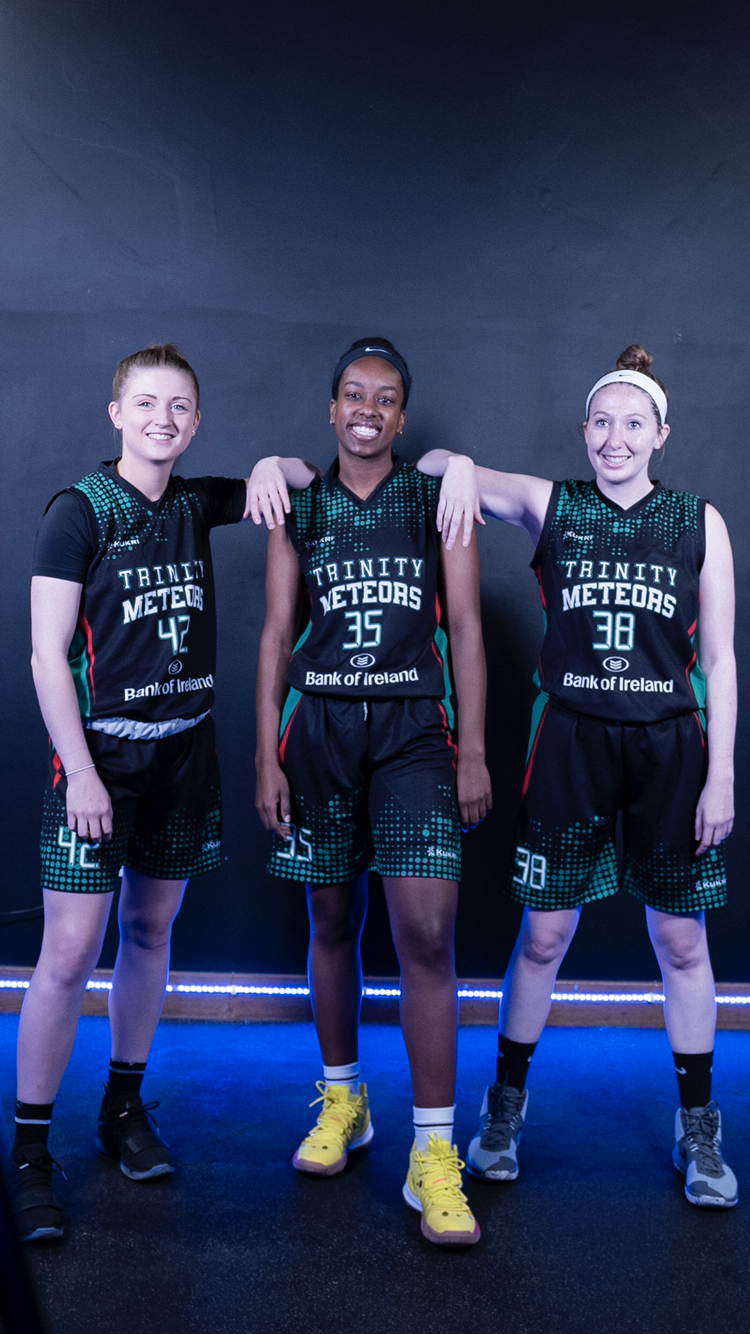 Meteors recruited the trio of Grigsby Edel Thornton and Carolyn Binder this year. All were instrumental to their success.

O’Keefe certainly appreciates the value of having players come over with that experience. Grigsby was one of three Meteors to have played for US college teams this year, along with Edel Thornton and Carolyn Binder.

Grigsby was crucial for Trinity in the league final against St Mary’s last month. She landed an individual points tally of 30, and it’s difficult to imagine how Meteors would have pulled off the victory without her. But being without Grigsby was a very real possibility less than a week before the season-defining match.

In her game the previous weekend, Grigsby had strained her achilles tendon. She played through it, but the next day she was in a bad way. An injured achilles tendon is not something players can usually just put on a brave face and bear. But, with the aid of some intense physiotherapy, however, Grigsby did just that.

Along with Thornton, she carried the team in the third and fourth quarters when the game was relatively close. A masterclass in three-point shooting from the duo saw them pull away.

O’Keefe is audibly impressed when speaking about this: “It says an awful lot about her commitment, her durability, and her talent. So she has my forever respect for what she was able to do there.”

But, for an athlete of such rugged competitiveness, it’s hardly surprising.