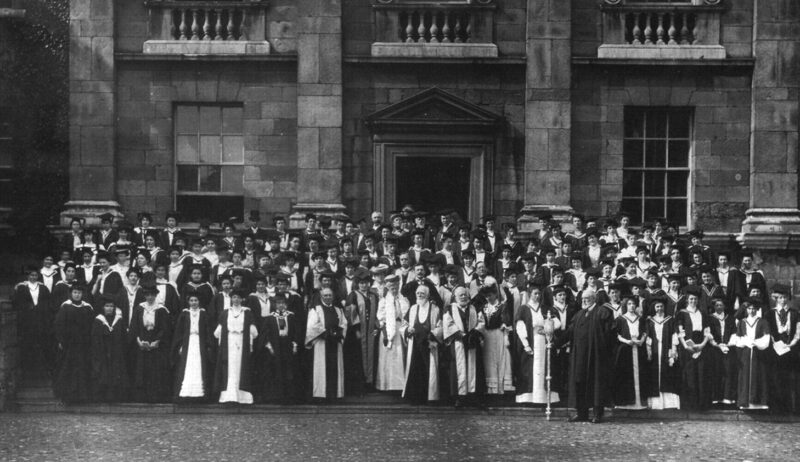 For many women, the journey from Britain across the Irish Sea is one tinged with sadness – a sense of loss, pain and of mourning. But there was a particular moment in Irish and British history when this journey was one of promise rather than of fear, of justice rather than oppression. If anything, at the beginning of the 20th century it served as an unlikely site of female empowerment. And Trinity had a role to play.

Between 1904 and 1907, some 700 women travelled by steamboat across the Irish Sea from all over Britain to pick up their university degrees in Trinity.

“These women refused to accept the obstacles that were placed in front of them and were ingenious in finding ways around them”, says Mary McAleese, formerly the president of Ireland and now the Chancellor of Trinity. “Here they were, with degrees they had worked hard for, in universities that wouldn’t give them the degrees but would take their money for fees and for teaching them, then they have to fund their steamboat trip to Dublin to get their degree from Trinity College.”

Intrigued? Let’s start at the beginning.

The so-called “Steamboat Ladies” were students at colleges in Oxford and Cambridge. Since the late 19th century, the two historic universities had permitted women to attend classes and sit examinations (mostly at their prestigious women-only colleges).

Here they were, with degrees they had worked hard for, in universities that wouldn’t give them degrees but would take their money, then they have to fund their trip to Dublin to get their degree from Trinity

The catch, however, was that female students were not awarded degrees at the end of their studies. People asked: “What would they need them for?”, says Dr Lucy Delap, a lecturer in modern Britain and gender history at Murray Edwards College, Cambridge.

Though Oxbridge’s efforts at improving women’s access to higher education were languorous at best, Trinity’s commitment to the cause was even paler by comparison. It wasn’t until 1904 and the death of Provost George Salmon – who uttered the famous words: “Over my dead body will women enter this college” – that the backbone of the resistance to women’s admission to the college was broken.

Anthony Traill succeeded Salmon as provost and within a matter of months the university’s senate voted to open the college to female students (by a majority of 77 to 11). Unlike Oxbridge, however, women would not only be extended the honour of attending classes and sitting examinations but, scandalously, they would actually be granted degrees at the end of it all.

What follows is a story that Clodagh Brook, Trinity’s associate vice-provost for equality, diversity and inclusion, calls the “foundation stone for the discourse we have about equality in Trinity”. The Steamboat Ladies, she tells me, is “where we tie the knot and start the story”. This group of women were, after all, some of the first female students to hold a Trinity degree.

But their place in the college’s history came about only as a by-product of a longstanding agreement that the university had with Oxford and Cambridge – one that Provost Traill barely considered significant: the ad eundem degree. 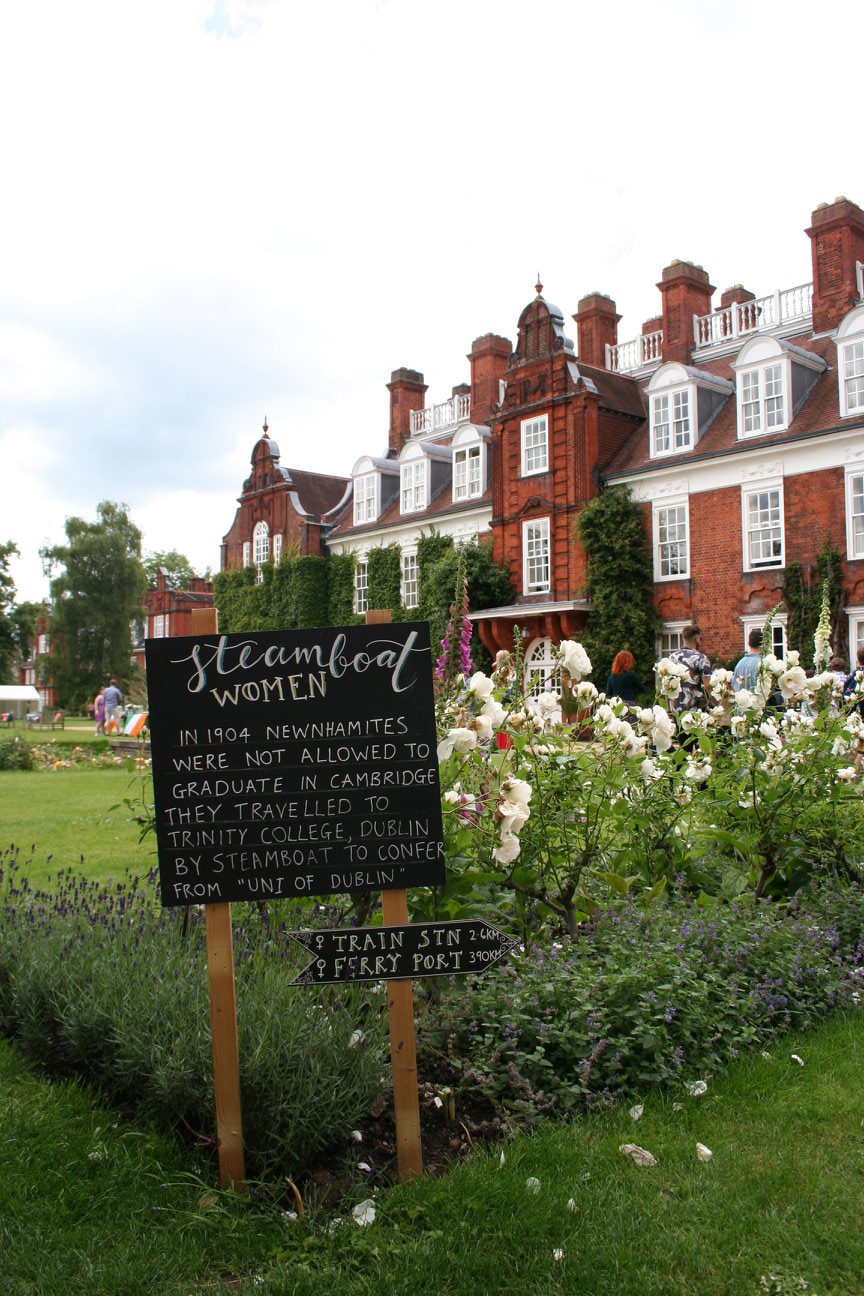 Trinity had a longstanding agreement – the ad eundem degree – with Oxford and Cambridge. In the latter, it’s still celebrated.

The ad eundem degree was a degree awarded to students (male) who had completed their studies at one of the three universities but had elected, perhaps for logistical reasons, to receive it from one of the other two.

When Trinity admitted female students, this option was made available to them as well. Conscious of the handful of privileged Irish women who had been forced to move to Oxford and Cambridge to take classes while they were barred from Trinity, College hoped that this would be received as an olive branch – an apology for shutting them out.

Susan Parkes, the editor of A Danger to the Men?: A History of Women in Trinity College Dublin 1904-2004, laughs as she reflects on the naivety of Traill and his Board, who expected an insignificant number of Irish women to take advantage of the clause. “Just imagine”, she implores. “They were overwhelmed by the number who came.”

Some 700 of them. And not only the disenfranchised Irish women – but the British ones too.

The extension of the ad eundum agreement did not specify that only Irish female students (those that Traill had had in mind) could avail of it. It should have come as no surprise, then, that some of the top female academics across the Irish Sea seized the opportunity to advance their efforts to break into professions – “to earn their own living, with their brain, with their heads”, as Parkes puts it .

“It opened a floodgate! They came pouring in!”, relays Parkes, who’s clearly delighted at the image of an unprecedented female takeover of Front Square. “Nobody had ever seen women like this before”, Parkes continues. “Not in Trinity.”

“You have to imagine”, she exclaims, “they started in the Provost’s house and then they marched down the passage and into the Exam Hall – they were quite a public display”.

To the group of young men populating the gallery of the Exam Hall, the women walking up to receive their certificates were a novelty. Newspaper reports wrote that the “batches of damsels, six at a time, hurried up to a platform”, while the men shouted down at them, jeering and booing in astonishment.

But the drama did not end there. Trinity’s move to charge the women for the ad eundem degrees drew the ire of a number of commentators. An Irish Times editorial blasted the university for introducing the fee, arguing that this first ceremony had been “more suggestive of a commercial transaction than an academic ceremony.”

Leery critics pointed to the university’s dwindling class sizes – a problem that had earlier galvanised support for the campaign to admit women to the college – and suggested that Traill’s scheme was more interested in “adding money to the coffers of Trinity College” than with female emancipation.

But Provost Traill adamantly defended the university’s position. In response to the damning editorial, he wrote his own article in the Irish Times in which he affirmed that Trinity had “not been actuated by any sordid motives, but by a true spirit of liberality towards a class to many of whom the possession of a degree is of vital importance”.

Traill reassured the eagle-eyed pundits that the £1,500 raised by the first wave of applicants (which had first raised suspicions) had been set aside for “making preparation for the education of our women students”. Ultimately, the revenue generated by the Steamboat Ladies was invested in the construction of a much needed off-campus female residence: Trinity Hall.

But in 1907, Traill brought an end to this unprecedented period of support for gender equality in Trinity. After four years, the college had its own class of female students to graduate – in other words, it was time for Oxford and Cambridge to catch up.

Reluctantly, Oxford followed suit in 1920. But if Oxford seemed to move slowly, then Cambridge’s efforts were glacial by comparison. “It was the last university by quite some decades to offer women the full degree”, Delap tells me. “It didn’t happen until 1948.” The brief window of opportunity that Trinity’s offer had granted the female students at Cambridge has therefore assumed something of an historic reputation. 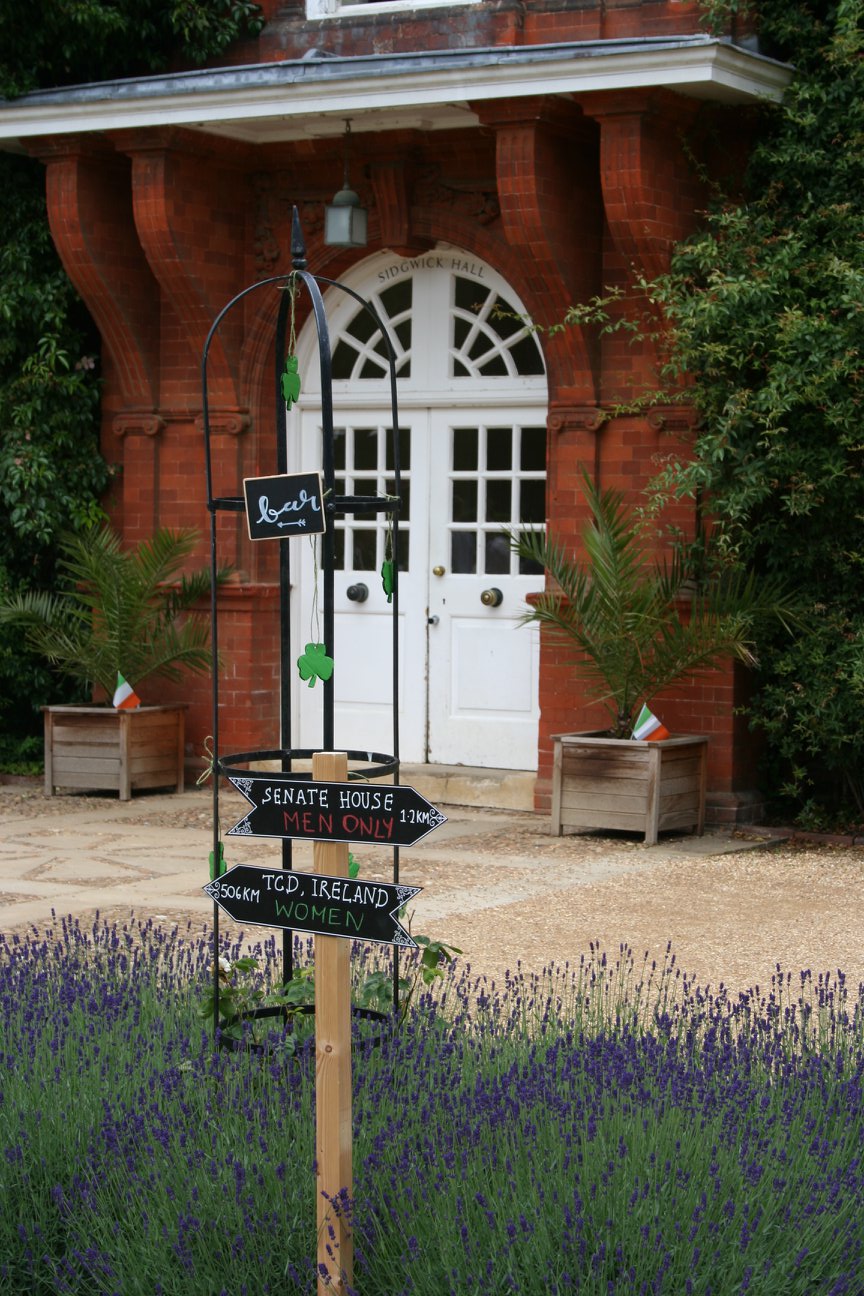 The Steamboat Ladies played no small part in Delap’s “The Rising Tide” exhibition, which ran in Cambridge University Library up until March of this year. A section of the display was dedicated to the women’s story and a gown worn by several of the Steamboat Ladies from Newnham was featured.

“There is a sense that this happened”, Delap says of students’ knowledge of the story at Cambridge, “that Dublin was offering this more progressive response to women’s education”. Last year, the annual graduates’ Garden Party at Newnham College was Steamboat Lady-themed, with quaint signposts pointing the way to Trinity (500km) and Irish flags lacing the trees.

But has Trinity celebrated this story – and the women who made it?

Although women now make up the majority of Trinity’s student population at an auspicious 59 per cent, the proportion of female chair professors still stands at a paltry 26 per cent. The journey made by the Steamboat Ladies may indeed be the “knot” at the start of the story, but it’s a long and tangled rope that we are dealing with.

For over a century, women have been traversing the nauseating Irish Sea in the name of female liberation – the very act of remembering these women, and particularly the remarkable tale of the 700 Steamboat Ladies, tugs at this rope. Remembering their story is a knot closer to its end.