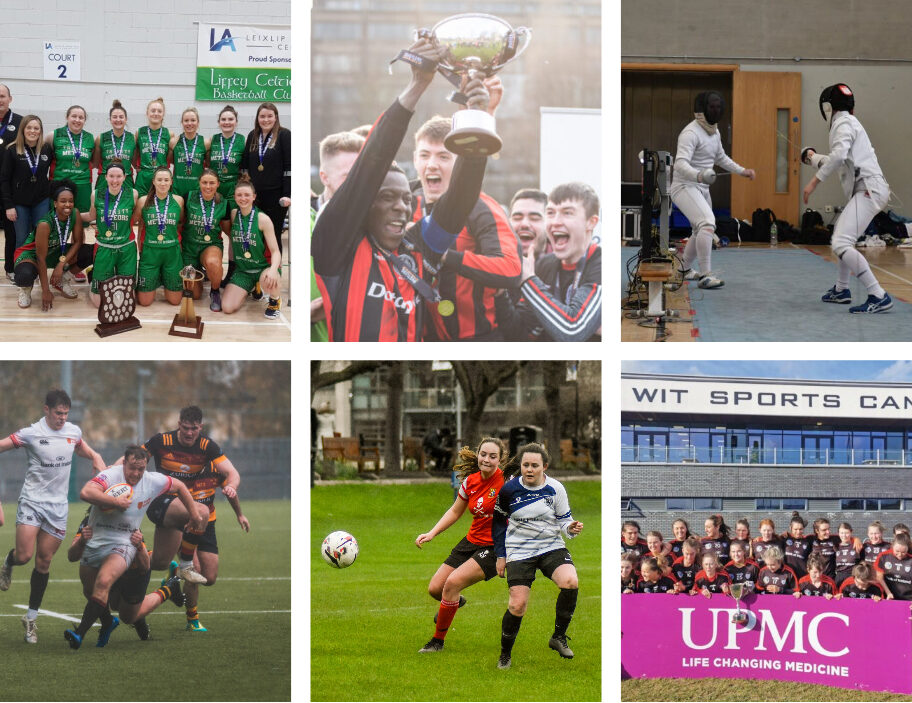 Although the season has been cut short, Trinity’s sports clubs have seen their fair share of memorable moments over the past year. Here at The University Times, we’ve taken a look back at the defining points of the 2019/20 campaign – in no particular order.

Trinity Camogie were untouchable this season, and their Championship-clinching win over University College Dublin (UCD) last February is testament to that fact.

After winning all four of their group stage matches, Trinity were the ones to watch going into finals weekend of the Fr Meaghair Cup at the Waterford IT Arena.

Although Trinity had stand-out performers in all areas of the pitch over the course of the season, Laura Stack was the pick of the bunch. She lived up to the billing in the final win, scoring a remarkable 12 of Trinity’s 13 scores over the 60 minutes.

Although UCD provided arguably Trinity’s greatest challenge over the course of the Fr Meaghair campaign, the camógs rarely looked threatened, and sealed promotion to the Purcell Cup with a 0-13 to 0-8 victory. With a number of fourth years on the team, the win was a crowning achievement for many in red and black.

In what was an otherwise forgettable season for Trinity Rugby, this All-Ireland League clash under the shadow of the Aviva Stadium will be a lasting memory for the Dublin University Football Club (DUFC) Class of 2020.

Trinity went into the match as underdogs – they’d lost to Lansdowne twice the season before, and had managed just one win in the AIL before the tie. For much of the game, the action followed the pre-match narrative: Lansdowne controlled the proceedings for large portions, and held a narrow lead going into the final 10 minutes.

James Fennelly had other ideas, however. Patrick Hamilton’s critical carry in the dying moments allowed Louis O’Reilly to toss the ball out to the lurking Fennelly, who sized up his drop-goal attempt perfectly. Splitting the posts with seconds on the clock, Fennelly’s kick snatched a much-needed result right at the death.

Although their season ended prematurely with a disappointing semi-final loss to Dublin City University, Trinity Women’s Soccer played some remarkable football this year. Their annihilation of University College Cork (UCC) in February was a prime example of this.

This match encapsulated everything good about this year’s Trinity side: cohesive passing, ruthless counter-attacks from the flanks and clinical finishing were all on show as UCC struggled to keep up.

Key performers for Trinity throughout the season were firing all cylinders when the Leesiders came to College Park. Free-scoring Aoife Robinson and Irish international Sadhbh Doyle ran the show, combining to score seven of the 12 Trinity put past Cork that day. The pick of the bunch was a stylish chip executed by Doyle to put her side 7-0 ahead – her contributions will be invaluable as Trinity look to build a team for the future.

Going into their Division 1 League final, Trinity Meteors knew that their season would be defined by the next 40 minutes of basketball. Anything less than victory and promotion would be deemed a failure.

The sting of a cup final defeat still relatively fresh, Meteors were determined not to make the same mistakes this time around. Although at times the sides were evenly-matched, Trinity pulled away in the final quarter to claim a 80-65 victory.

The win over St Mary’s was the culmination of a near-perfect league record, driven by star performers Lauren Grigsby, Edel Thornton and Sarah Kenny, amongst others. Grigsby in particular was untouchable on the day, racking up 30 points over the four quarters.

A Collingwood Cup victory for Dublin University Athletic Football Club (DUAFC) on home soil was always going to be a tall order. However, they managed to deliver the next best thing, claiming silverware in College Park last February when they defeated Maynooth in the Farquhar Cup final.

They didn’t make it easy for themselves, however. Trinity’s James Woods and Dylan Connolly led the charge as they held a 3-1 advantage well into the second period. Maynooth clawed their way back in, with a defensive mix-up in the Trinity defence allowing Cillian Duffy to slot an equaliser past Dan Grace right at the death.

DUAFC left it to the penalty shoot-out to claim victory, with Stephan Duran scoring the decisive spot kick. Jason Boateng lifted the cup, capping off a respectable season for DUAFC.

Dublin University Fencing Club’s (DUFC) dominance in the collegiate fencing scene has been well documented over the years, but this year’s win at the Irish Fencing Intervarsities was special.

Securing medals in all six categories contested at the event, DUFC claimed an overall victory that marked their 13th intervarsity win in a row – equalling a record previously set by the club between 1979 and 1991.

With a new club record in their sights next year, DUFC show no sign of conceding their position as the country’s foremost fencing club.