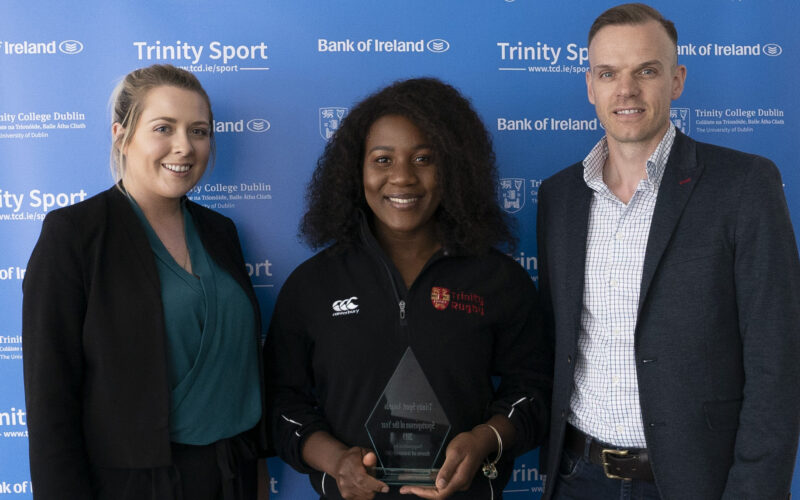 Trinity Sport has postponed its annual awards ceremony due the coronavirus pandemic, with the event provisionally set for a new date in September.

The nominations for all awards are now open, with club members able submit their selections for various categories over the summer period.

Speaking to The University Times during the week, Dublin University Central Athletic Club (DUCAC) Administrator Aidan Kavanagh said: “We’re not cancelling the event, we’re postponing it, but we’re getting the nominations in now while it’s fresh in our heads.”

“We’re going to invite all the members back from this previous year obviously again, and give them the chance to get tickets for [the awards].”

DUCAC also voted to postpone the announcement of its Pink awards until September.

The Pink awards, handed to individual athletes who have excelled in their respective sports, have been announced at the Trinity Sport awards for the past number of years. The decision to postpone the awards was made at a meeting of the DUCAC captains committee last month.

Speaking to The University Times this week, DUCAC chairperson Jemil Saidi said that the decision was made because a secret ballot could not be conducted online.

For this reason, he said that “the captains decided that it was probably best for us to move the Pinks to September”.

Last month, Trinity Sport announced the cancellation of all sporting events involving Trinity’s sports clubs in an effort to curb the spread of the coronavirus pandemic.