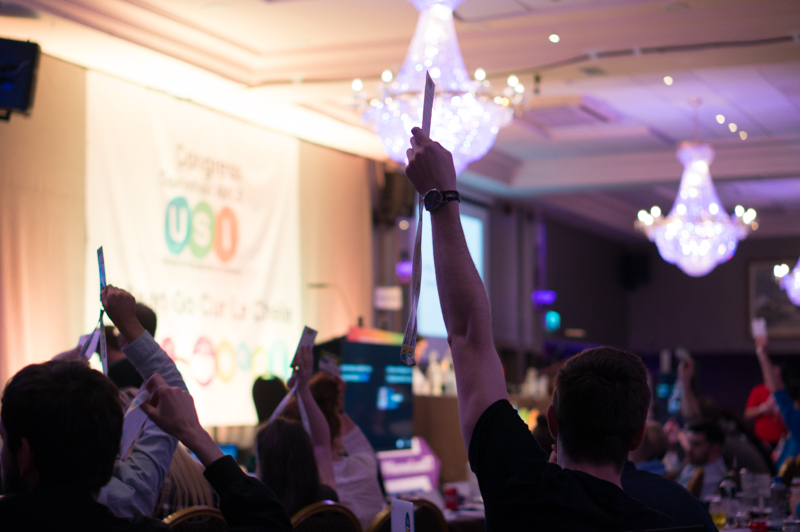 The “sensitive” motion stirred a lengthy debate, with proponents arguing that students of particular political beliefs felt alienated from the union. Those who opposed the proposal said that it was “unrealistic”, and could compromise USI’s apolotical stance. One argued that it could see the body become a union for youth political parties, rather than for all students.

Despite the backing of USI President Lorna Fitzpatrick, delegates at USI Congress – which is taking place over Zoom this week – rejected the proposal.

Fitzpatrick said: “It gives us the opportunity to reach out to everybody. People can choose to engage if they wish to do so.”

“Our movement should be open to all from different political backgrounds and none. Our constitution and our constitutional values will uphold and will stand over any motion that we pass here”, she said.

“Working against racism discrimination and inequality is key and core to the USI constitution”, she added. “Support of this motion will not mean that we move away from those.”

The motion said that “the student movement must unite students of all political persuasion if it is to meet its full potential to defend the fundamental educational, welfare, economic, political, social and cultural interests of its members”.

Speaking in favour of the motion, Julian Nagi from Maynooth Students’ Union said that voting for the motion was “a vote for empathy”.

“It’s okay that not everyone is going to agree all the time”, she said. “But an effort to reach out to those who dont agree, and trying to learn where theyre coming from and trying to educate them is quite a useful way to do things.”

Speaking against the motion, Tadgh MacCionnaith from University College Cork Students’ Union said the motion was “a bit unrealistic”.

“What unites us is our shared experience as students”, he said, “not party political backing or influence”.

MacCionnaith added that the USI should “keep party politics out of the one big union”.