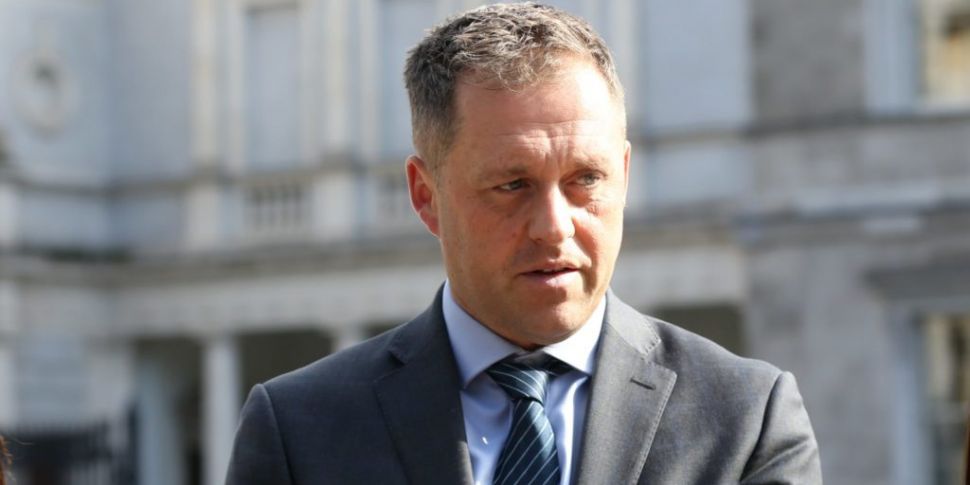 Fianna Fáil Education Spokesperson Thomas Byrne said that “when you fund universities, you're actually funding society and funding the economy”.

Fianna Fáil will seek to secure state funding for extra college places if it forms a government, its education spokesperson has said, amid fears that some students could be disadvantaged due to the introduction of calculated grades in this year’s leaving certificate.

Minister for Education Joe McHugh this afternoon confirmed that students who want to start college in the autumn will have to base their results off calculated grades – a system that will see teachers awarding grades that will be “subjected to a rigorous in-school alignment process to ensure fairness”.

But many students, staff and politicians have voiced concerns that the new marking method could negatively impact students from disadvantaged backgrounds.

In an interview with The University Times today, Fianna Fáil Education Spokesperson Thomas Byrne said his party – which is currently in talks with Fine Gael and the Greens, aimed at forming a government – will push for third-level funding to pay for extra college places next year.

“That’s what we’re looking for at the moment, with the temporary government”, Byrne said. “And I certainly want to see that as part of a renewed focus on higher education in the next government.”

Today, Byrne said the party doesn’t currently have up-to-date figures from the Department of Finance in order to make a concrete funding promise, but added: “What we had said very clearly was that we don’t want to go into spending cuts, and let’s be honest – our universities and higher education institutions are drivers of social progress.”

“When you fund universities, you’re actually funding society and funding the economy”, he said. “We can’t undervalue the return we get from third-level.”

Byrne, a vocal opponent of the previous arrangement for the leaving certificate – which would have seen students sitting exams over the summer – said he recognised the risk of unfairness in calculated grades, but said that “almost anything is better for disadvantaged students than what was there”.

He said there’s an “urgency attached” to putting in place legislation to underpin the leaving certificate’s new arrangements, in order to mitigate the risk of widespread legal action from parents and students unhappy with their grades.

Meanwhile, in an interview with The University Times today, Social Democrat TD Gary Gannon called on universities to “step forward” and put in place alternative entry routes for students, on top of the HEAR and DARE schemes.

“Maybe universities need to step forward now”, he said. “We’ve always asked students to be innovators, and talked about creating innovative students. I think in the next month or so, universities might have to demonstrate that similar type of innovation, and offer non-traditional routes of entry, outside of HEAR and DARE.”

Gannon, who welcomed the “certainty” today’s decision brings, added that calculated grading “is going to leave a lot of students behind”.

“There’s going to be inherent biases built into it already”, he said. “The fact that the standardisation process is going to go off a curve of how schools have performed in the leaving cert – that’s going to give favour to private schools and other high-performing schools.”

Gannon said the situation offers “an opportunity to re-imagine entry criteria to the universities, and highlight the fact that it is rather ludicrous that after 12 years of education, we then boil it all down to one examination to determine whether you get into college”.

“Universities have been talking about this for a long time – there are other models of assessment that I’m sure universities and different departments can employ.”

Sinn Féin Education Spokesperson Donnchadh Ó Laoghaire said in a press statement this evening that the government’s plans are “not at this point adequate to ensure fairness and that the needs of students are catered for”.

“I am particularly concerned at the idea of school profiling”, he said, adding: “I am worried that children in schools that suffer from disadvantage will suffer from this measure, and they will not get the grades they deserve.”