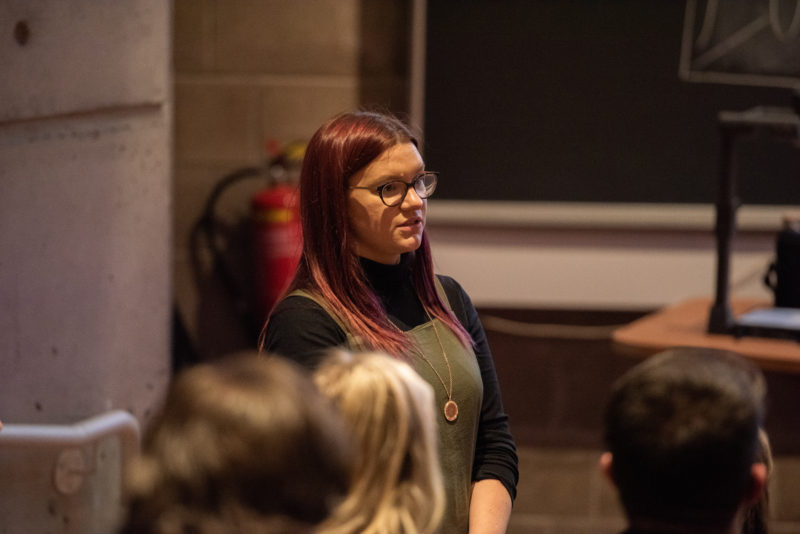 Lorna Fitzpatrick has been re-elected president of the Union of Students in Ireland (USI) for the coming year, having run unopposed for the position.

Fitzpatrick, who served as USI’s vice-president for the southern region before being elected president last year, received 193 votes. There were nine votes to re-open nominations for the position.

In an interview with The University Times last week, Fitzpatrick said that accommodation was at the top of her list of priorities.

“It links in so much with access”, she said. “I think first we need to try to get clarity around what the new academic year is going to look like, as to whether people need accommodation or if it’s going to be mostly online.”

Speaking about the effects of the coronavirus on higher education funding, Fitzpatrick said: “I actually think [higher education] is going to come up on the agenda even more so now in the wake of COVID-19, because we have seen the unemployment figures and we know that our society is going to deal with a new normal and so it’s not going to a return to the way things happened pre-COVID.”

Kevin McStravock was elected vice-president for academic affairs, defeating Fergal Twomey by 182 votes to 15. McStravock held the position this year.

Clare Austick will serve as vice-president for welfare, having been elected with 174 votes. She defeated Ruairí Weiner.

Clíodhna Ní Dhufaigh was re-elected leas-uachtarán don Ghaeilge with 197 votes. She ran unopposed for re-election. Some 5 votes were cast to re-open nominations.

Adam Clarke was elected vice-president for postgraduate affairs with 182 votes, with 19 votes to re-open nominations.

Megan O’Neill beat Dean Murphy for the position of vice-president for the Dublin region with 48 votes. Murphy received 17 votes.

USI’s national congress takes place each spring and sees all member unions send delegations who vote for their preferred candidates. This year, Congress is taking place entirely online, due to a ban on mass gatherings during the coronavirus pandemic.

Motions passed by congress yesterday included proposals to campaign for reform of the “shoddy and broken” SUSI grant, free public transport for students and stronger anti-racism protocols on college campuses.

Congress also voted to plan a pathway to a national welfare campaign – similar to the Breaking the Barriers campaign – encompassing all existing welfare mandates, USI congress decision this afternoon.

The mandate also means that if the national campaign is deemed feasible a motion will be brought to congress next year to scrap all existing welfare campaign mandates.

The campaign will include all health issues – including mental, physical and sexual – that currently have individual campaigns.

Yesterday, a report – signed by Fitzpatrick and Chris Newell, the chair of USI’s Finance Committee – announced that USI had recorded a surplus of nearly €80,000 in its most recent accounts, up almost €40,000 on the previous year.

USI’s income and expenditure accounts – reporting for the year ending June 30th, 2019, and presented at its national congress today – show the body saved over €75,000 in expenditure between June 2018 and 2019.

But USI’s accounts warn that the body is “developing a dependency on grant income which relate to specific projects”.