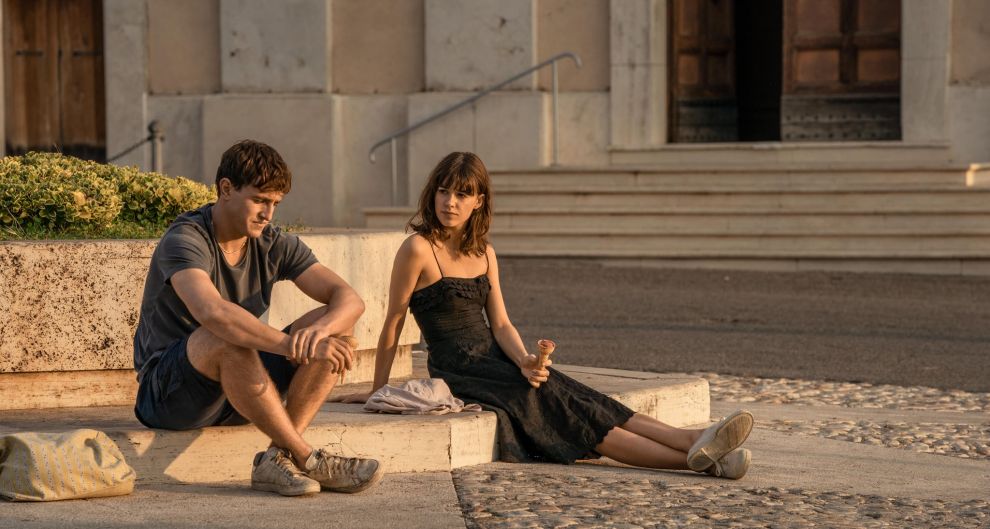 Episode six of Normal People began and ended with a visibly upset Marianne leaning over an ominously broken glass. For those of us rooting for Connell and Marianne (everyone), it seemed that something in their relationship has been shattered.

Episode seven shows what this is. It opens with a hungover Connell waking up on the floor of his bedroom in Sligo. He is back home, despite a previous episode that saw him essentially living with Marianne through the academic year. A title card appears on the screen, telling us we are about to learn what happened six weeks earlier – a non-linear chronology that mirrors how chapters from the show’s source material are arranged.

We see the interaction that led to the broken glass from both their perspectives. Each memory shows each character’s sense of the other’s wrongdoing, and both memories confirm their inability to clearly voice their true emotions. Connell tells Marianne that he has to move back home for the summer as he can’t afford his lease.

We know that he wants to stay but he wants her to ask him to rather than say so himself. Marianne misunderstands his suggestion that they “see other people” as him implying that he wants to break up with her. He misinterprets her reaction as her easily accepting that things have come to an end. This disrupture is abrupt and painful for both of them.

It’s scenes like these that encapsulate the complexion of their relationship so perfectly. They demonstrate the show’s two leads’ immense talents at portraying two individuals who are incapable of expressing their emotions in a healthy way. As the scene essentially extends across episodes six and seven, the series’ midpoint, it’s a nice transition that allows Lenny Abramson to hand over the directing reins to Hettie MacDonald for the remaining episodes.

“Yours was the only number I knew off by heart”, he tells her as he arrives at her apartment, not understanding the weight that this sentence holds

The next few scenes show Connell handling the immediate aftermath of their break up. We see him immeasurably drunk on a night out that ends with a brief but uncomfortable encounter with his old economics teacher Ms Neary – who kisses him and tries to convince him to return to her house which he doesn’t. In the book, the encounter ends in sex – in the show, it is less explicit, but still distressing.

Connell and Marianne run into each other at a supermarket in Sligo. The tension between them is still palpable. We get the impression that they have become estranged since the break up. They talk as if they are casually catching up, but feelings of resentment spill over into what should be an amicable conversation. The two remain incapable of straightforward communication.

The episode moves forward to the following September. The two seem to have mended their relationship, at least enough to meet for coffee. They discuss the upcoming Scholar exams that they will both sit. The conversation turns toward Marianne’s relationship with Jamie. Connell presses her and so she tells him about it. Jamie is a sadist. The pain she feels with him is physical and sexual – but with Connell, as Marianne’s emotionally charged confession that she would have done anything for him reveals, it is emotional and will always be so. 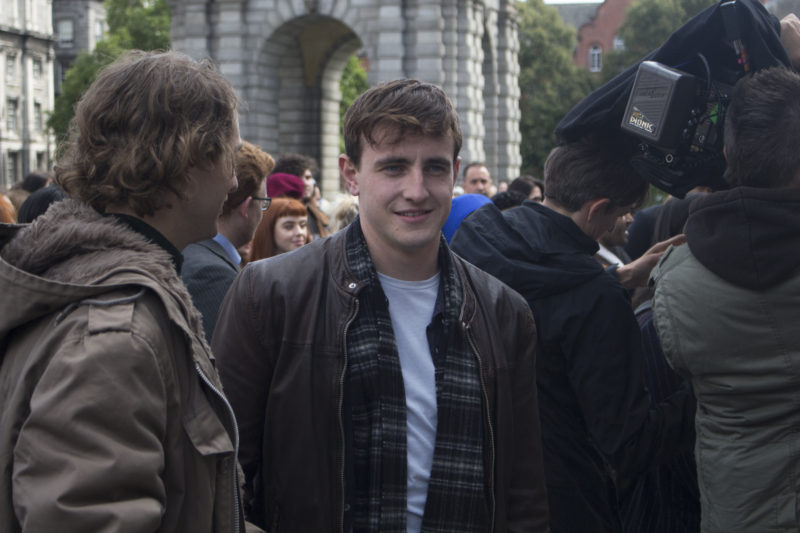 Both Connell and Marianne are elected Scholars – an outcome with a different significance for both.
Donal MacNamee for The University Times

They are both eventually announced as Scholars in the front square. It’s a moment which highlights the class disparity between the two. For Connell it is a necessity in order to secure financial security, while for Marianne it’s to prove that she can. As she is celebrating that night she is interrupted by a call from a drunk Connell who has just been mugged. “Yours was the only number I knew off by heart”, he tells her as he arrives at her apartment, not understanding the weight that this sentence holds. Connell and Jamie have a short, yet bitter, back and forth. Jamie’s elitism is evident from his comments and presumptions about the man who mugged Connell.

Episode seven ends with Connell and Marianne openly discussing the truth about a breakup neither of them wanted. Connell tells Marianne that he wanted to stay with her over the summer and she can’t understand why he didn’t just say this. Things are more complicated though as they’re both now in relationships with other people. Things for them, as they have so often proved to be, are never easy.

Episode eight takes place exclusively in Italy, with some of the series’ most beautiful shots so far. Connell and Niall, who have been interrailing, stop in Italy to stay with Marianne, Peggy and Jamie. There is palpable tension in Marianne and Jamie’s relationship – he is full of snide remarks, loathing stares and arbitrary complaints. This makes dinner an awkward affair. Marianne consistently excuses herself from the table in an attempt to earn some respite from Jamie. Things come to a climax with a vicious argument between Marianne and Jamie, prompting Connell to intervene to stop it from escalating into something physical.

In an absolutely beautiful performance by Daisy Edgar-Jones, Marianne starts to open up to Connell in a display of vulnerability beyond what she’s shown before

Marianne asks if she can sleep in Connell’s room that night. It is an attempt to get away from Jamie but perhaps also to get closer to Connell. The two get ready for bed in silence, and lie tentatively apart, as if scared to touch each other. In an absolutely beautiful performance by Daisy Edgar-Jones, Marianne starts to open up to Connell in a display of vulnerability beyond what she’s shown before. “I don’t know why I can’t make people love me”, she tells him.

The resulting scene is heart-wrenching. For the first time, Marianne fully opens up about the abuse she suffers from her family. She tells Connell about how, during her most recent visit, her brother told her she was so totally unloved and that if she were to die, no one would miss her. It is a confession that is unbearably cruel. Connell’s shocked reaction mirrors ours. Unsure how to respond, he simply reaches out to her and pulls her into his arms. They have always known how to communicate physically. They share a moment of intimacy, and a kiss that’s quickly extinguished.

One of the final scenes takes place in the Guggenheim in Venice. Connell stares at Marcel Duchamp’s Sad Young Man on a Train. Marianne had said he would like it earlier in the episode. She looks at him, expecting a reaction. He is too entranced by the painting to return her look, however. She was right; he does love it. They both know one another too well.