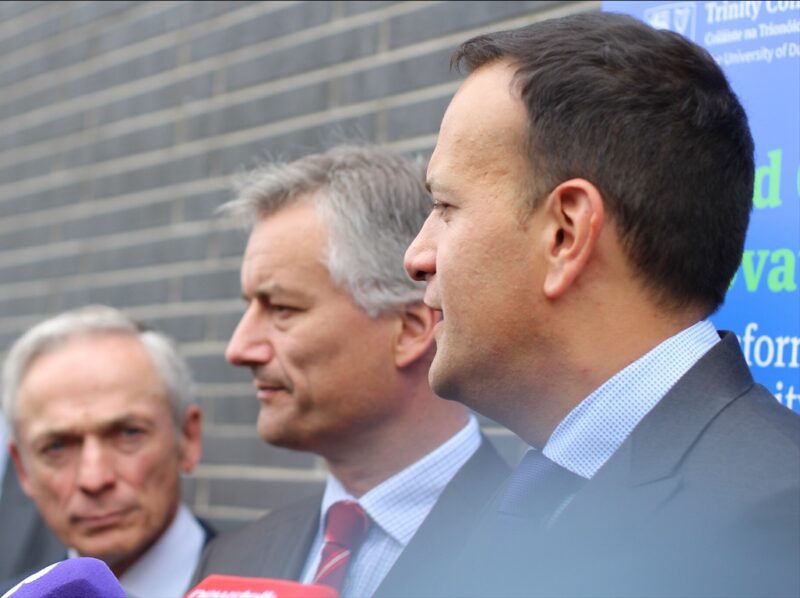 Trinity is pushing ahead with plans for its €1 billion Technology and Enterprise Campus (TTEC) despite financial concerns arising from the current pandemic, but government investment remains “critical” if the project is to get off the ground, a top College officer has said.

Plans for the campus – which will be developed over the next 10 years and situated in Grand Canal Quay – include €150 million state funding, after the government backed proposals for the project in January.

But in an uncertain economic climate, it’s not fully clear if government investment for the project remains secure.

In an interview with The University Times, Dr Diarmuid O’Brien, College’s chief innovation and enterprise officer, said he remains “very optimistic” that the million-square-ft plan for Grand Canal Dock is still viable despite the implications of the virus.

He said plans to bring a business plan for the project to College Board in June have not changed, but admitted decision-making on specifics is likely to “slow down”.

O’Brien said Trinity hopes that the project will remain on the government’s funding agenda.

“We hope it’s going to be there”, he said, “and yes, it is important – one could even say perhaps critical”.

He said the business plan for TTEC is based on “a pre-COVID understanding of the world”.

“We’re completing that because we hope we might revert back to that”, he said.

“I would remain very optimistic that the pathway we had mapped out for this project remains a viable one”, he said.

Plans for the project are likely to see Trinity working with corporations in order to fund the costs of its development.

O’Brien said Trinity will retain long-term control of the site, but will seek to build “development partnerships” with developers that will supply capital to fund the site.

But he added that this model is contingent on a level of state funding: “It was a model that was looking at funding to come in from the government.”

Trinity has insisted in recent weeks that its capital projects – including construction work on its Engineering, Environment and Emerging Technologies (E3) Institute and the refurbishment of the Old Library – will proceed, despite College’s well-publicised financial fears.

“I don’t see this necessarily as some unpredicted defining moment”, he said. “We knew that over the life-cycle of this project we definitely would have had to deal with a recession or a kind of economic challenge, and so we were always preparing with that potential eventuality in mind.”

“We need to work with the new government to build on the momentum that had been achieved”, O’Brien said. “Making this a priority for the government needs to be worked on.”

The project’s main sources of investment will come from the government and private companies, said O’Brien, who added that it was “always the intention to try and deliver it while minimising the level of investment needed from Trinity”.

TTEC will be located in Dublin’s “silicon docks”, alongside international corporations such as Google and Facebook. It will be modelled on districts in cities like Boston, Toronto, Rotterdam and Barcelona.

Universities are lobbying the government for support ahead of forecasted losses of almost €400 million in 2020 and 2021 due to coronavirus.

Trinity said yesterday that Trinity is set to lose out on up to €40 million in commercial revenue this year alone, while Provost Patrick Prendergast has warned that the College could sacrifice up to €120 million over the next two years as international student numbers plummet.