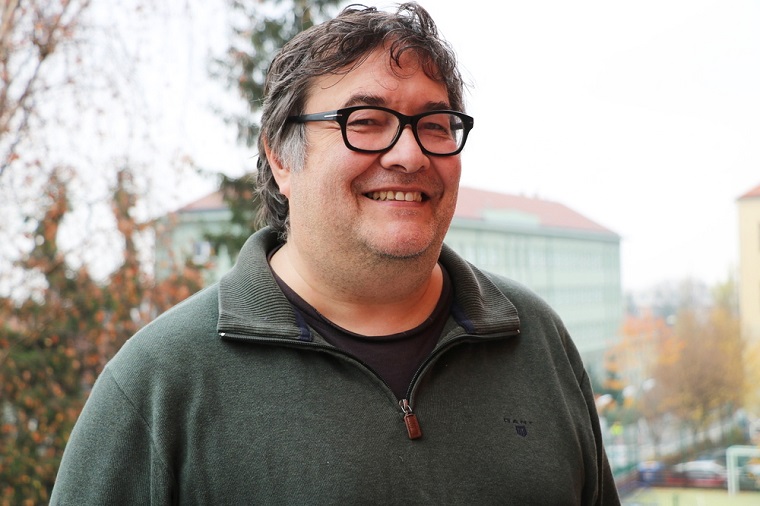 Film and television play a huge role in our lives – and, due to the coronavirus pandemic, we are consuming more than ever before. So Justin Mac Gregor, John Sherlock assistant professor in Trinity’s Department of Film, is launching a new master’s degree at the right time.

Mac Gregor’s master’s degree will begin in September, and aims to equip aspiring writers and filmmakers with the tools they need to be successful in the film industry.

Mac Gregor boasts years of experience in the film industry. After completing an English degree, he studied film in Ryerson University and screenwriting at George Brown College in Toronto. Since then he worked alongside acclaimed writers such as Robert Hewitt Wolfe on Star Trek: The Next Generation. He has also been involved in a myriad of Hollywood productions.

He’s not the first to say it, but according to Mac Gregor we’re in “the golden age of television”. He’s hoping to capitalise on this and kickstart the careers of Ireland’s future screenwriters – at home. Traditionally, those hoping to make it in film-writing have had to leave Ireland to do so, but for Mac Gregor, the ideal scenario will mean “you can now stay in the country where you live”.

On this basis, the course will train students to write for broadcasters such as Netflix and Amazon who, he says, are “ruling the day”.

Unlike a more traditional film master’s, students will finish the degree with a portfolio of work, rather than a single feature-length script. They’ll begin with an introduction to screenwriting, learning the complexities of story structure, dialogue and character development. Next, students will study award winning short films and write one of their own.

In a Small Screen module, students will be taught how to write a pilot for a TV show and how to make a “series bible”. This will consist of every minute detail about the show and act as a reference point for the writers. Another module, Screenwriters at Work, requires students to write a “spec script”. They will have to scrutinise a current TV show and write a perfect episode of that show. Finally, students will write their very own feature length script for the Big Screen.

Mac Gregor says he wants his students to produce seminal work. “People say ‘write what you know’”, he says, “but that doesn’t mean all of my undergrads should be writing a story about a 21-year-old Trinity student. You have to think bigger than that”.

He’s excited by present opportunities for writers – now, he says, “is the perfect time” to master your craft. Never in the history of screenwriting has there been such a high demand for productions and such a dearth of writers. In 2019, Irish films, TV and animation productions made in Ireland had combined budgets of €760 million, spending over €357 million on local employment and local goods and services. These figures represent an increase of 162 per cent from 2018 to 2019.

The dynamics of screen-based story-telling are also changing, Mac Gregor says. He points out that “the executive producer used to be the money”, but top writers now wield great power: “[They] are the showrunners, taking care of the creative side.”

He encourages writers to pursue this “economically viable” career path. Streaming services, he says, are desperate for new material and there is an increasing supply of jobs available.

I ask him the key trait required to make it as a screenwriter, and he’s unequivocal: “Perseverance.” He tells students to read as often as possible and engage with the world. Screenwriting, he says, is a “crazy craft”, and adds: “Your next piece will always be better than your last.”

It’s not only talent that’s needed, though – Mac Gregor also encourages students to develop what he calls “soft skills”. Being “open-minded, professional and collegial” is crucial, and you never know, he says, “when that script you wrote 20 years ago with the little rewrite is suddenly very timely”.

So screenwriting is rewarding, but it’s a long game: the most successful screenwriters tend to be at least 50 years old. It takes time, but Mac Gregor still stresses that success “is by no means an impossible dream. If you do the Malcolm Gladwell 10,000 hours, you can get there”.

Mac Gregor doesn’t want would-be writers to be afraid. He says incoming students shouldn’t think they are condemning themselves to a life of poverty. His advice is simple: if everybody is doing something, go the other way.