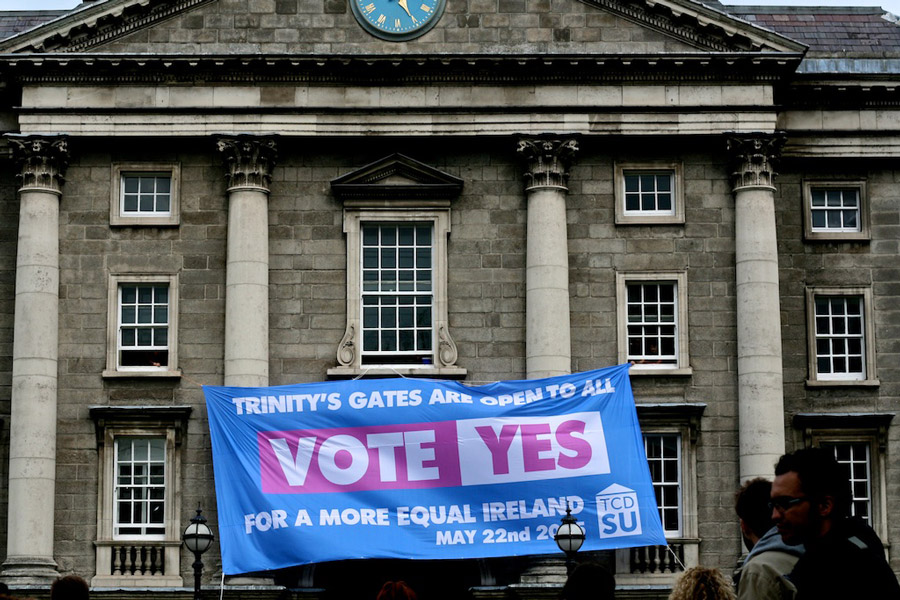 The Union of Students in Ireland (USI) will launch an archive of reports, photos and videos tomorrow to celebrate the role of students in the 2015 marriage equality referendum.

It features details on the first time a USI president called for marriage equality – in 1977 – as well as how students’ unions pushed for exams to be moved so students could vote in the referendum.

Some 30,000 students and young people registered to vote in a referendum that saw 62 per cent of voters come out in favour of marriage equality.

Students’ unions mobilised strongly at the time in favour of a yes vote in the referendum, with campaigns – such as Trinity College Dublin Students’ Union’s (TCDSU) “ring your granny” initiative – playing an important role in raising awareness about the referendum.

USI also organised a Guinness World Record attempt, for the biggest-ever human love heart, as part of the overall campaign in the leadup to the vote.

In a press statement, USI President Lorna Fitzpatrick said the archive will portray “the vital role the student movement played during the Marriage Equality referendum”.

She hailed the role of unions that “ran voter registration drives in every college around the country and engaged in campaigns to support students getting out the vote”.

“We called our grannies, we knocked on doors and we are proud to have played our part in changing our country for the better.”

USI Vice-President for Equality and Citizenship Megan Reilly said the archive “is just a small snippet of the energy and dedication the student movement devoted to the Marriage Equality Referendum”.

“With this archive, we honour and recognise the work done by students and student officers, who organised and challenged, who knocked on doors and stood up in front of their peers to bravely tell their stories”, she said. “It was a once in a generation opportunity to change Ireland forever, and the student movement was right at the heart of it.”