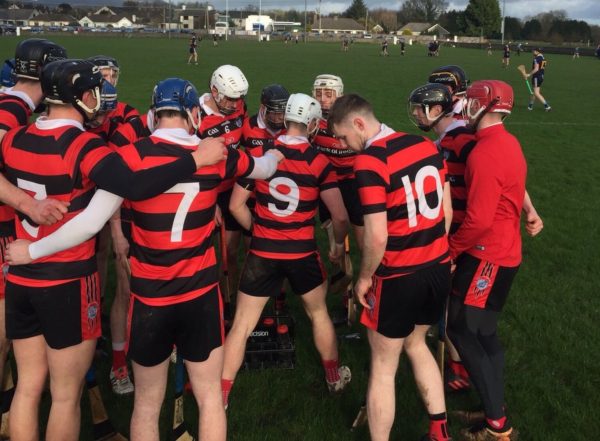 A wrong turn by the busman meant that Trinity’s hurlers were a few minutes late for what would be their first-ever Fitzgibbon Cup win.

A tweet at the time from Trinity GAA’s Twitter page – run at the time by renowned tweeter Leon Breen – read: “The inside of our bus looking like some weird new trendy yoga fad as the lads try to get a stretch in so we can get straight into a warm up when we eventually get there.”

It was January 2019, and the hurlers arrived to find a mushy, second pitch and an overcast sky: not ideal hurling conditions. The college they were up against – the Garda College – were also not ideal opponents. Garda students tend to be older than the average student and are usually happy to throw their weight around.

But as Niall Devitt – the club’s treasurer at the time – tells me: “The game could have been played on the moon and I don’t think it would have altered the lads’ perspectives or how they were approaching it going into it.”

We were after doing the most intense period of training that I have ever seen in the club – the club might have ever, even seen

This sentiment is shared by Eoghan McNamara, who played wing-back on the day.

“We were after doing the most intense period of training that I have ever seen in the club – the club might have ever, even seen”, he says. “We were hurling well. We had had a successful couple of years in the league. We felt like we had improved so going down the difference was that this was a game we were really targeting. We really believed. The element of belief was noticeable going down.”

It was a tough game, and from the outset the Gardaí got stuck into Trinity. A large number of Trinity supporters – friends and family and members of the club – had travelled down to Tipperary to watch the match, but early on there was little to cheer about.

Trinity were struggling. As half-time approached, things weren’t looking good, and the men in red and black hoops were down by six points. But – as was often the case – the team rallied and dragged themselves back into the game.

Wing-forward and free taker Fionn Ó Riain Broin stuck over 10 points that day, after a couple of shaky misses early on. Trinity’s defence was solid and kept the Gardaí at bay. The win was epitomised by a late goal from substitute Mark Corry that sealed the win. After a great block, he picked up a pass from Donncha Butler and smashed the ball into the Garda net. Gritty and efficient. When the final whistle blew, the men in red and black ran out 1-15 to 0-13 victors. Self-belief and determination had got them over the line.

This was not the type of performance someone unfamiliar with the club might have expected from a Trinity team. As the final whistle approached a schmozzle around the Garda goal erupted, and nearly every player converged on it.

Ó Riain Broin tells me that the fight broke out after a Garda College back pulled across a Trinity fresher off the ball. The Gardaí had let loose once the game was out of reach and this was when tensions boiled over.

But Trinity weren’t trying to break up the fight – they were holding their own. “We were happy enough to scrap”, Ó Riain Broin tells me. “It was the end of the game. We were happy out. Game won.”

The image of Trinity hurlers and Gardaí laying into each other is entirely contrary to the image most people have of Trinity – the kind of students you see in Normal People who debate literary devices in tutorials and sip lattes in the Berkeley.

It is also contrary to the idea intercounty managers have had about Trinity. Ó Riain Broin tells me that early on during his time with the Dublin seniors, management wouldn’t let him train with Trinity, while players going to University College Dublin or Dublin City University were allowed to train with their colleges.

“I took that a bit personally as well”, he says. “It was a different manager than I had by the time I finished, but it was always something that stuck out to me: that I had to stay on and train when the rest of the college lads were off training with their colleges.”

This sums up why Trinity’s first Fitzgibbon Cup was a classic. Sure, it made history. But more importantly, it was a statement of intent. Trinity’s hurlers had managed something pretty special: they had entirely subverted how people saw them. They were no longer the joke team that the Dublin seniors wouldn’t let Ó Riain Broin train with. They were now a team that could win at the highest level of college hurling, and that demanded respect.