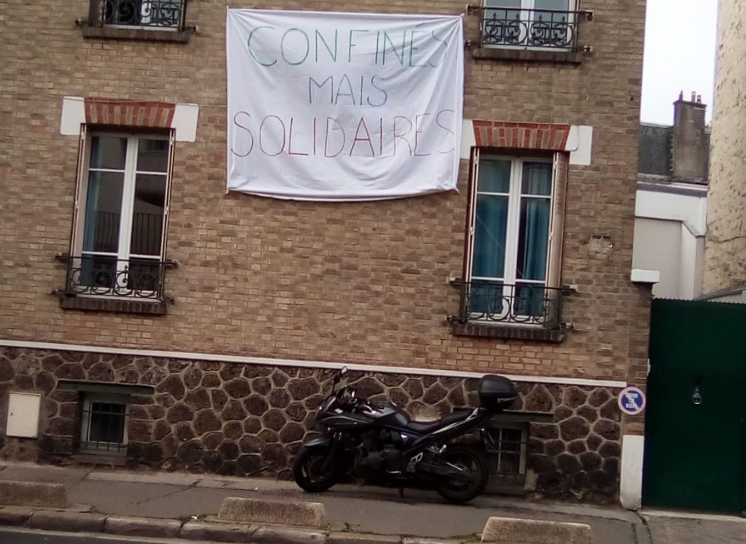 Now that I think of it, the few days that separated reading week from my return home on March 16th can only be described as some kind of limbo.

It was initially supposed to be a peculiar week in itself, filled with JCR campaigning and even less sleep than usual, and that was before coronavirus even hit. At this point most of us can probably admit we never expected the virus to impact us this much, until suddenly we were packing in a frenzy to get home before it was too late.

The timeline of the Halls departures now seems surreal. On Wednesday evening, it was announced that US borders were going to close soon, which prompted most of my American friends to pack up and leave in the 48 hours that followed.

At that point in time, me and my parents were still pretty relaxed about the whole situation. I had just been to Paris for reading week, I had family in Ireland. I was going to be fine in Dublin. Maybe it was best if I stayed, at least for the moment, and see what was going to happen. On the Sunday, that was still pretty much the plan. That evening, though, I got a call from my mum saying that I was to fly back home the next day. She had already booked my ticket.

So I pulled an all-nighter to pack up my entire room, which didn’t really give me any time to realise what was happening. Teary goodbyes happened every hour of the night, as people left to catch their own flights. Some 24 hours after that phone call, I was back on French soil, and found out when I walked out of Charles de Gaulle airport that France was to go on lockdown at 12pm the next day. I had gotten out of Ireland, and into France, just in time.

At first, lockdown was only supposed to last two weeks. But those two weeks turned into four, then eight. That was what was so frustrating about the process. More than lockdown itself, it was the fact that we didn’t know when it was going to end and were unable to plan.

The one major difference France had in the way it handled the lockdown was the attestation de déplacement dérogatoire: a form everyone had to fill out and have with them every time they left their house. It was a kind of an honour-based statement, in which you chose from a list of pre-approved justifications an explanation for why you were not at home.

It was necessary to have the form in case of a police check, and those who didn’t faced the possibility of a €135 fine. We were only allowed to go outside for a limited number of reasons: for work, when working from home was impossible, for essential grocery shopping, for medical reasons and for a limited amount of exercise.

Lockdown wasn’t always taken very seriously by some people, especially at the start. In the first few days, so many people left their house for a “run” that new rules had to be put in place: you could now only go for a run in a 1 km perimeter around your house for an hour.

Coronavirus in California
Alicy Symington writes about staying put in the US, rather than coming home, when the pandemic hit.

Soon, the streets emptied and people looked worried on the rare occasions I left my house to go grocery shopping.

Yet I feel like lockdown had many positive aspects. It brought us close to people in unexpected but wonderful ways. We would chat to our neighbours from a distance at 8pm every night when we opened our windows wide to clap for the frontline workers. We took the time to check in on neighbours who we knew were alone and called our grandparents and extended family more.

It also somehow managed to make us closer as a family. We set a routine very early in lockdown in order to stay sane, which involved common meal times and spending more time together on weekends. We played games, music and watched movies and TV shows together. We were all worried that fighting would make lockdown unbearable, so we all had some kind of an unspoken agreement to try and get along and respect each other’s space. That doesn’t mean we didn’t have our moments of tension, but we did our best to stay positive.

On May 11th, lockdown restrictions were partially lifted. You could travel in a 100 km radius of your house, and shops started to reopen. On June 2nd, restaurants and bars were allowed to open partially, parcs became accessible again, and travel to anywhere in France was allowed (which prompted a lot of the Parisians who had fled the capital for lockdown to finally return). Yesterday, Emmanuel Macron told the nation that France is “turning the page on the first act of the crisis that we have gone through”.

Hopefully, this will be the end of this unprecedented experience. The fact that we can never leave the house without a mask, though, is a constant reminder of the threat of a second wave we hope to avoid. Paris was fun but, at the end of the day, I can’t wait to get back to Dublin and enjoy student life again.