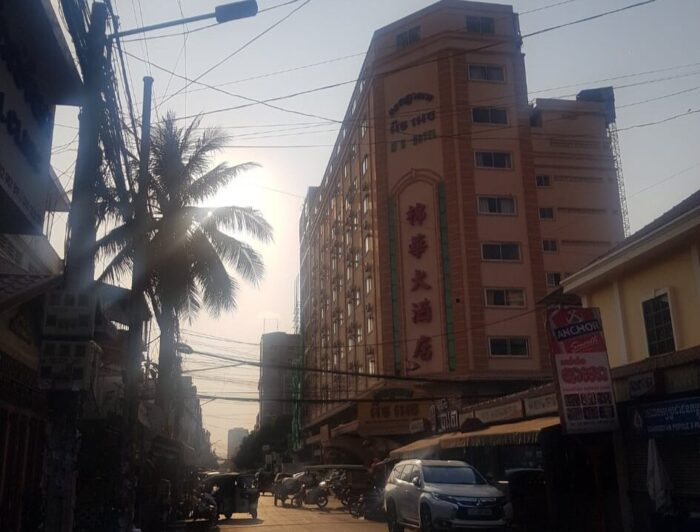 It was like the world stopped spinning. For many countries across the globe, the disappearance of travellers changed the pace of life.

My recent trip to Cambodia began like any other journey. Before leaving Dublin, my last few days at work were spent anticipating the temporary getaway before me. The pub where I work was packed and bustling, as usual. My colleagues wished me a great trip and I looked forward to seeing them again soon.

Little did I, or any of my co-workers, know that we would soon lose our jobs. To add insult to injury, the bad fortune was doubled and I soon learned that college would barely resume after reading week. None of us could’ve imagined that the Dublin we knew would soon be a shadow of what it once was, every pub boarded up, almost every street deserted

When I left, in early March, Ireland and Cambodia had one case each. All I, like anybody travelling at such a nervous time, could hope to do to protect myself was take hygiene precautions and keep to myself where possible. Cambodia was relatively safe and unusually untouched by coronavirus when I arrived. The number of cases was notably low and life determinedly – yet tranquilly – went on.

Thoughts of home were distant. The hot sun, red dusty roads and buffalos roaming the countryside streets made for a carefree setting. Days consisted of many frantic tuk-tuk rides amid colourful streets, sunsets, quad-biking, iced coffees, swimming, and drinking. Coronavirus had little impact on most of the trip.

However, worldwide news on coronavirus began to permeate. Soon, nowhere on earth would be free of the virus’s effects, and travel would be the opposite of an escape.

Eventually, due to escalated anxiety, places began to empty. Angkor Wat, the ancient temple complex and largest religious monument in the world, stood immovable and unperturbed against the silence, just as it has from time immemorial. Some might say Angkor Wat’s peace and natural state has been disturbed by crowds. Yet without the masses of tourists, the silence normally associated with peace was replaced with an eerie atmosphere.

Many travellers with whom I crossed paths were not deterred, and remained upbeat about their trips. Many had a long roadmap plan stretched ahead of them. Siem Reap, the French colonial northern city in Cambodia, was only one place to be marked off on their long list of sights to see. Among these travellers, the city was a favourite attraction, which said a lot, considering how widely travelled those who favoured it were. People seemed to arrange their plans so they could spend longer there.

The local Cambodian people working in hospitality were warm, welcoming and uniquely personal in their service. Like many other backpackers, I longed to stay in Siem Reap longer.

Unbeknown to these travellers, they would have to make it their last stop or else risk extending their initial pit-stop by a lot longer than they bargained for. Meanwhile, restaurants and hotels shut down with domino effect. Little information was available, other than the distant news of borders closing and airlines halting flights.

As tourist numbers dropped, empty tuk-tuks, packed-up stalls, and deserted bars replaced the thriving business being done only a matter of days earlier. The still-fresh coconuts lay waiting to be sold, with fewer and fewer people to buy them. Eventually, every hour spent there felt like borrowed time. 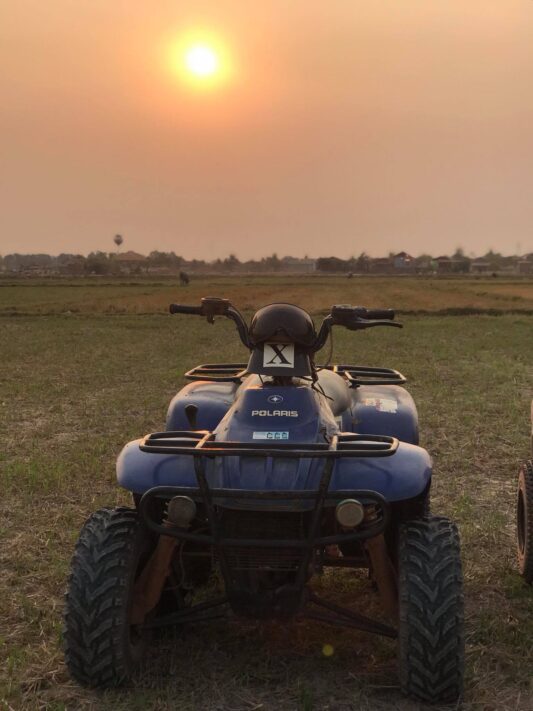 The decision of whether to stay another night in Siem Reap was made for most people one morning, when rumours that the airport was due to shut circulated the hostel. Locally, a street called “Pub St” closed down. Things were bad.

A hectic few days – of camping in airports, waiting on standby and looking up alternative motorbike routes to Bangkok – followed. I gazed up at the repeated word “cancelled” written in red beside almost every destination. Seeing these grim portents multiply by the minute, I realised nobody had any guarantee of returning home. But after lots of anxious waiting, with incredible luck, I was able to get on one of the last available flights home.

I returned home to Ireland, which had the same eerie atmosphere as Cambodia. But in many ways, to be able to elf-isolate is a privilege, just as travel is. Only the luckiest in the world are at home, bored, and isolated. Because being bored is better than being unsafe, being at home is better than being stranded, isolation is better than infection.

In the future, we will come together and raise our glasses again, roam freely and salute those who have sacrificed so much on our behalf. The world will start to turn again one day.