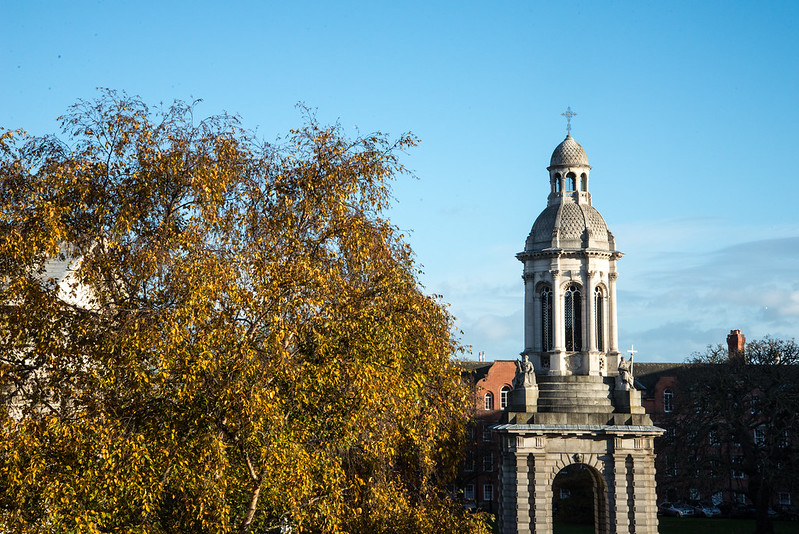 That day, 24 hours on from Taoiseach Leo Varadkar’s announcement of the closure of schools and colleges, we decided to postpone our second-last print issue of the year, five days before it was due to come out.

As pandemic-related problems go, the ones our newspaper faced during the virus don’t really register. We play a big role in Trinity, but we’re not exactly the most important thing in the world, and it’s fair to say that whether the college paper would come out in print the following week wasn’t the first thought on the minds of students and staff.

But it’s all relative – and postponing that issue was a big deal for us. Never in the history of The University Times has a print paper not come out when it’s supposed to.

(We made the decision that Friday, at a meeting of masthead staff, when nearly 20 of our most senior editors crowded like they always do into a tiny office to decide how the paper should proceed. It’s the most important meeting of the week, every week, and it wasn’t a lightly taken – or socially distanced – decision. Sorry, Tony Holohan.)

For almost two weeks we’d been trying to stay on top of developments as the virus swept College. Every day brought a slew of updates, as Trinity scrambled to keep pace with the implications of a pandemic that wasn’t slowing down. We were sprinting to stand still, and while in hindsight I wish I’d put in place a more coherent roadmap for the following weeks, I also think we just didn’t have the time.

What I think we all knew – though I’m not sure we ever explicitly said it – was that we had to step up to the plate. There’s nothing quite like a pandemic to highlight the importance of good journalism – and good newspapers – and there was a definite feeling of pressure to be there as a source of information for students and staff. It wasn’t like we thought we were RTÉ but, in Trinity, we felt we were probably the closest thing to.

The principle we worked on during the pandemic was that every verifiable piece of information – even if it wasn’t a major update – was worth knowing. That meant asking a lot of questions, and it meant not always getting conclusive answers. I’m proud of the stories we broke in those few weeks, when everything was up in the air and everyone was crying out for clarity. We felt staff and students needed updates faster than College was providing them, and we were the first to report on almost every decision being made behind closed doors.

It was as frantic a few weeks as you’re likely to see in student journalism, and while it did taper off (slightly) as one month became another, there was never really a moment where I felt we could draw our breath.

In the meantime, along with the rest of the world, we were facing up to a new challenge: remote working.

Overall, what got us through the pandemic were our fundamental principles: the things that make The University Times what it is

We adapted to working apart by degrees – and it wasn’t without its bumps. I moved home to Limerick in March and, as we moved our meetings to Zoom and Facebook, there was a definite feeling of disconnectedness. Our office in Trinity is small, but it’s constantly busy, and it’s always buzzing with ideas. Cliched as it sounds, it’s the nucleus of the paper. (It also offers a window onto Front Square, and the view from my bedroom doesn’t quite measure up.)

Now, it wasn’t straining each week under the weight of far more writers and editors than it was built for, and it wasn’t incubating new and exciting ideas. It was a really strange feeling.

Like everyone else, though, we had to either adjust or accept the end of the road. Luckily, The University Times is brimming with creative and committed students, and they fronted up and met the challenge. We started new projects – like our Lockdown Literature series – with the aim of giving readers some positivity, and we went wall-to-wall on the most Trinity of phenomenons: Normal People. Every section of the paper did its bit to make sure we were meeting the standards we set for ourselves.

Overall, what got us through the pandemic were our fundamental principles: the things that make The University Times what it is. Today, after four incredible years, I’ll sign off with the paper for the last time. It’s the values I learned working there – honesty, accuracy, fairness and a commitment to holding power to account – that led us through a truly extraordinary time. And I think it’s those standards that make us valuable to our readers – pandemic or no pandemic. I’m proud that we upheld them.