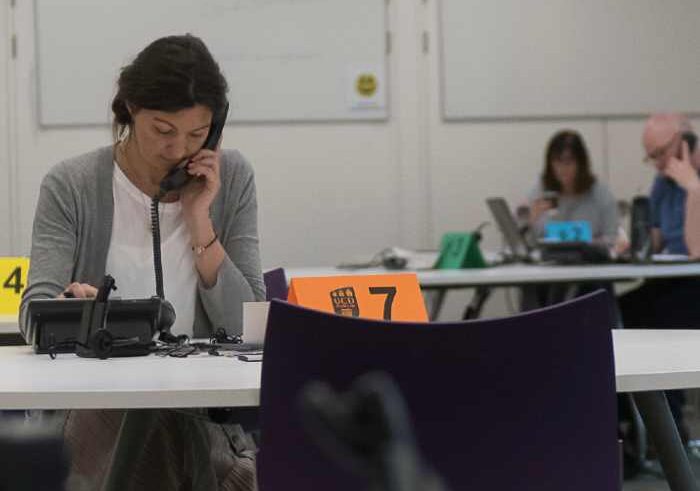 The world has come to a halt in recent months, and there’s no immediate end in sight: the World Health Organisation (WHO) has recently warned that we still have a long way to go before a cure is found and life returns to normal.

While no one expected a pandemic that would see the world shut down, really, it was only a matter of time before it happened. Scientists have been anticipating this for years. Now, it looks like our luck has run out.

But amid the doom and gloom, academics across the country are offering a glimmer of hope by fighting against the effects of coronavirus. In particular, staff at University College Dublin (UCD) have played a prominent role in leading the charge.

“It is probably likely that there is no magic bullet. One drug might not do it, it may be a combination of one, two or three drugs that show promise, and the trial that we’re doing has the ability to tease that out too.”

It is probably likely that there is no magic bullet. One drug might not do it, it may be a combination of one, two or three drugs that show promise

The trial, REMAP-CAP, is being funded by the Health Research Board, and is part of a global trial involving Australia, New Zealand, the US, Belgium, Germany and France. The drugs used in this trial involve combinations of antiviral medications that kill the virus, and immunomodulatory drugs that dampen the immune response.

So when can we expect an effective treatment that will be made available to patients? Nichol says: “[It] depends on the trajectory of the current pandemic – so how many people get sick, how many people we enrol into the trial and what the effect size is. If it has a very dramatic effect, we’ll find it more quickly; if the effect is more subtle – one, two, three per cent change in mortality – it will be longer.”

While finding an effective treatment will “probably take a few months”, Nichol insists that the speed of distribution should be a whole lot faster: “The majority of what we’re examining isn’t brand new whizz-bang medication that’s never been used before in humans. These are commonly used, widely available medications. They can be translated into practice much quicker.” 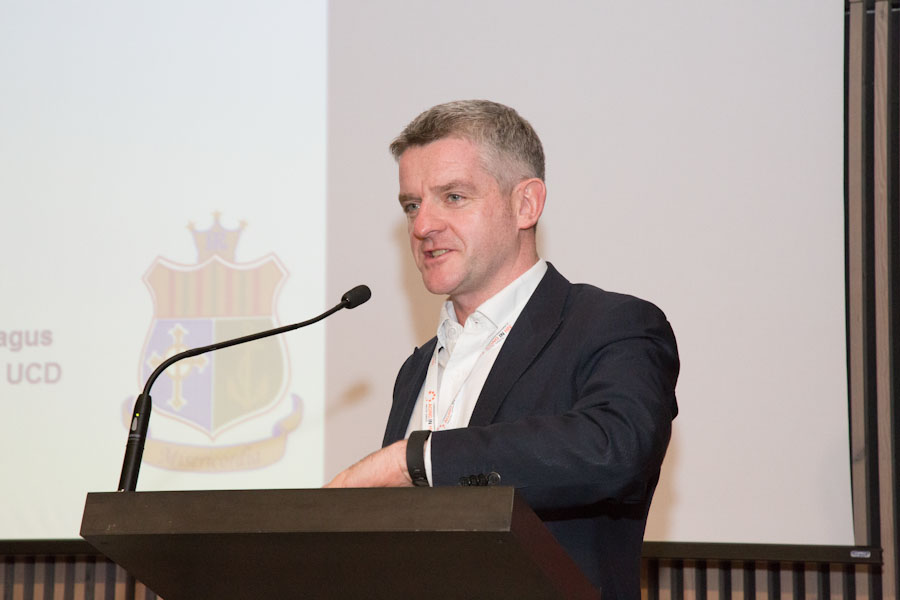 Paddy Mallon is a professor of microbial diseases in UCD and a consultant in infectious disease in St Vincent’s University Hospital.

Recently, much talk has surrounded President Trump’s use of anti-malarial drug hydroxychloroquine and its potential as an effective antiviral drug against coronavirus. While Nichol says that there may be some promise tied to this drug, he emphasises that for now, nobody really knows. “There is only limited evidence and its mainly observational studies which means that it is not very high quality … it’s uncertain at the moment.”

One way of finding out whether the controversy-ridden drug – and many others like it – is actually effective is through trial-based studies. Two Irish-led clinical trials, COVIRL001 and COVIRL002, are currently being conducted by Paddy Mallon, a professor of microbial diseases in UCD and a consultant in infectious disease in St Vincent’s University Hospital.

In an email, Mallon writes that COVIRL001 will be exploring whether hydroxychloroquine is beneficial to those with coronavirus who are sick enough to be hospitalised but are not unwell enough to require admission to intensive care units. Meanwhile, COVIRL002 will explore whether an immunomodulatory medication (tocilizumab) can improve outcomes in hospitalised people with coronavirus who are unwell with signs of a hyperimmune inflammatory response.

“Both studies,” he says, “seek to answer very important questions on how to treat COVID-19 infection in the non-ICU setting”.

These trials are different from REMAP-CAP, which is an adaptive trial that allows participants to be randomised to a number of different treatments. The sorts of treatments being compared in this trial include antivirals like hydroxychloroquine and keletra, as well as immune modifiers such as steroid treatment. Sometimes referred to as platform trials, they are often better at comparing treatment strategies than coming up with the treatments themselves.

In contrast, the 001 and 002 trials are more focused on answering specific research questions. “In these trials,” Mallon says, “we are examining people with severe COVID but who are not in ICU, which accounts for a large proportion of hospitalised patients with COVID-19 infection”.

“We feel that it is important to find successful treatments in this setting as it may avoid the need for these people to go to ICU and therefore the results will have a large impact by reducing ICU overcrowding during the pandemic.”

Dr Cillian De Gascun is a medical virologist and the director of the National Virus Reference Laboratory, which is based in UCD, and is leading Ireland’s effort to tackle the spread of coronavirus. Amid the pandemic, he is chairing the coronavirus expert advisory group to the National Public Health Emergency Team (NPHET).

Over the phone, he tells me that the national virus reference laboratory based in the UCD campus was the first laboratory in Ireland to start testing for SARS-CoV-2. He says: “We started in February doing a handful of tests a day, we scaled up initially to around 1,200 or 1,300 … we’re now at a relatively stable 500 or 600 a day, with the capacity to go up to 1,000 if needs be.” 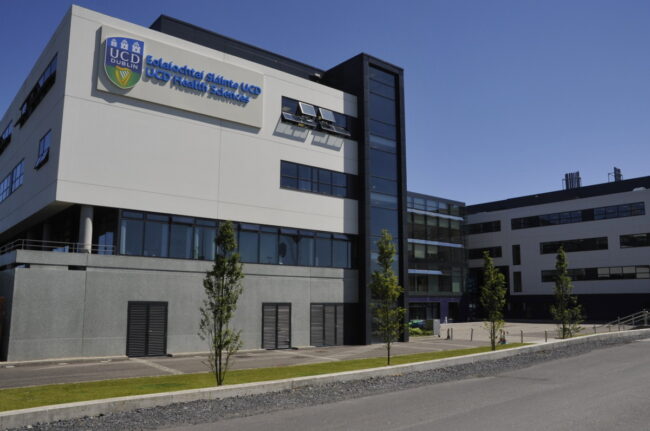 Through its School of Public Health, UCD set up a contact tracing centre.

Through its School of Public Health, the university set up a contact tracing centre, which allows tracing of people who have been in contact with an individual diagnosed with coronavirus. Despite some teething problems, De Gascun says this facility has been working well and will be essential in effectively slowing transmission: “[Contact tracing] improves our opportunities to identify cases of COVID-19 in the community early on, before they can transmit to other people.”

There is an app in the pipeline that will further facilitate effective contact tracing.

But UCD’s academics aren’t only working to slow down the spread of infection. Many are also making moves aimed at improving the response outside the medical lab – and not just in Ireland.

Aidan Regan, an associate professor in UCD’s School of Politics and International Relations, recently led the submission of an open letter to the European Council of Ministers, calling for the funding of a common debt instrument known as a “eurobond” for the entire eurozone. It has been signed by over 400 academics.

“The whole idea with that letter,” Regan says, “[is that] I’m trying to mobilize social scientists, economic scientists and political scientists to make the case that ultimately, this is a European crisis – it’s a health crisis”.

I’m trying to mobilise social scientists, economic scientists and political scientists to make the case that this is a European crisis – it’s a health crisis

“Paying for and ultimately picking up the bill for that crisis has to be somehow socialised – you can’t expect individual member states with weaker economies to pick up a heavy bill for the crisis of which is completely out of their control … because all you’ll get in the future is a growing inequality within countries and between countries.”

He’s far from the only one making the case for a response based on unity.

Liam Delaney, a professor of economics at UCD and soon-to-be head of Psychology and Behavioural Science at London School of Economics, has been monitoring human behaviour in the general public and its response to this pandemic. The secret to effectively communicating to the public the importance of togetherness, he says, has been simple: “Just emphasising that this was a collective issue.”

As the race to find a safe, reliable and cost-effective cure becomes more and more urgent, researchers and academics across the world are collectively doing their part to protect us all. In UCD, it’s happening inside the lab and out.