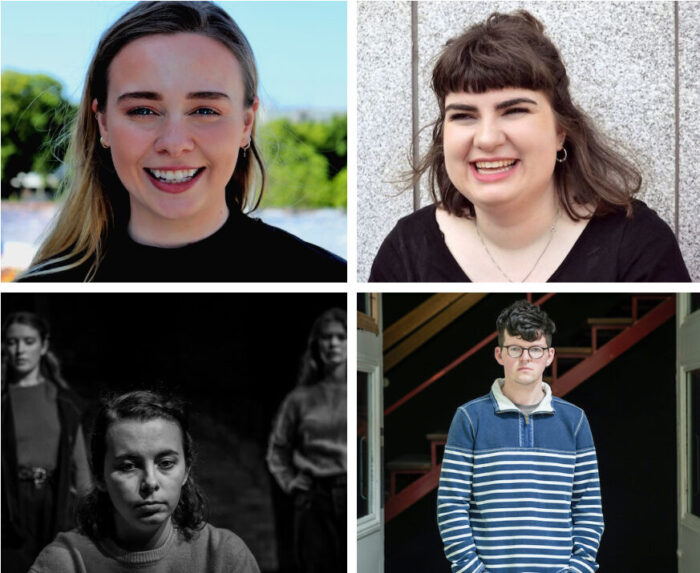 In conversations with recent Trinity graduates making waves in the theatre industry, one theme crops up time and time again: “Sometimes limits on what you’re able to do actually nourish creativity.”

The sentiment, offered by Marcus Bateson of Mac Tíre Theatre Company, sums up the situation for some of Trinity’s graduates, while for others practical issues thrown up by the lockdown are making life difficult.

For Molly McAvoy, a Trinity graduate and New York-based production manager who has managed over 100 projects including the New York City Marathon and the after-party of the 2019 Met Gala, the initial lockdown was “very surreal”.

In a taxi home from the airport, returning from updating her visa in Brussels, McAvoy heard Donald Trump on the radio announcing restrictions on travel from Europe. “I had just made it in”, she writes in an email. “I was meant to be starting back at work the next day, which also happened to be the day New York City went into lockdown.”

McAvoy, who graduated in 2018, expresses gratitude for her continued employment with Bentley Meeker Lighting and Staging, but the nature of her work has changed drastically. “In the space of a few days, the events industry completely disappeared”, she explains. “Gatherings were now illegal and everyone was told to stay inside. Venues closed down overnight.” A job that was once hands-on, involving work with “large teams in big venues”, now happens solely from McAvoy’s kitchen over Zoom. From there, she works with “nine teammates to reinvent the wheel and figure out what our industry will look like in the wake of all this”.

Just because we’re not in the same room, doesn’t mean we can’t create together, and I think that’s beautiful

Her commitment to the arts, however, remains unshaken. “If anything, this time has solidified my passion to work in the arts industry. It is comforting to know that the sector you work in is greatly missed.”

Closer to home, Mac Tíre Theatre Company, whose roots lie in a 2018 DU Players show, experienced a “big slump” following the cancellation its show Outlier in April as part of the Dublin Gay Theatre Festival, following weeks of working remotely. Bateson’s initial lockdown mantra – “okay, I’m going to use this time really well” – quickly turned into “doing everything but creating new things for about a month” he says. However, alongside fellow graduates, Mac Tíre have begun showcasing 24-hour writing challenges and Bedroom Plays to audiences on social media.

On top of this democratic proliferation of art, a new technological reliance has also “levelled the playing field” for Trinity graduate Charlotte O’Reilly, who’s currently studying physical theatre at the Jacques Lecoq school in Paris. Previously, only Bateson could attend physical company meetings, but in lockdown O’Reilly’s virtual presence is standard practice. It also helps the company to reconnect with other graduates, and potential collaborators, overseas. “It has, in a weird way, made the distance not matter”, O’Reilly recognises. “Just because we’re not in the same room, doesn’t mean we can’t [create together], and I think that’s beautiful.”

The company still harbours anxieties over the future of theatre festivals, however: “For the time being we’re going to be so reliant on festivals. At this stage in building a theatre company you just need to put shows on and get those credits. You just won’t get anywhere otherwise.”

Director, facilitator, stage manager and co-artistic director of Bombinate Theatre Company, Ursula McGinn, had hoped the next few years would “cement [her] role and place a little more in the industry”. However, the looming infeasibility of residencies, further training and upcoming productions has shifted her priorities somewhat. McGinn asserts that, in the theatre industry in general, “a lot of people are overworked and it’s under-resourced”. She explains: “In some ways – or maybe at the beginning – it was a welcome break for people.” 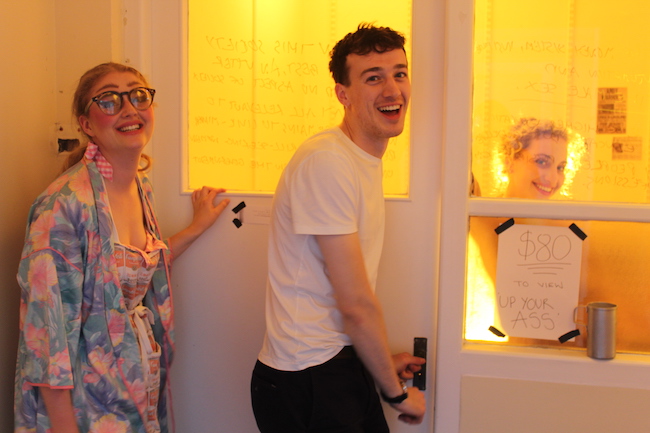 Laoise Murray, Grace Morgan and Will Dunleavy, the graduates behind tasteinyourmouth Theatre Company, have all experienced lockdown differently.

But despite undertaking a Dublin Youth Theatre online project, McGinn says the growing uncertainty and piling cancellations have left her “kind of twiddling [her] thumbs at this point”.

McGinn’s thoughts fly from her work for young audiences to Run of The Mill Theatre Company, run by fellow graduate Aisling Byrne, where McGinn is a facilitator providing adults with intellectual disabilities and complex needs enhanced access to the arts. While Zoom classes continue, McGinn flags the “accessibility needs to computers and carers” that often create barriers. Given the effect this upheaval has had on the routines and mental health of those concerned, McGinn hopes that following a year which emphasised accessibility in the arts, “moving forward, people will keep an eye on that”.

Laoise Murray, Grace Morgan and Will Dunleavy, the graduate artists behind tasteinyourmouth Theatre Company, were grateful to be between shows, working separately – on a one-woman work-in-progress, assistant directing with Pan Pan Theatre Company and script reading in an off-broadway theatre respectively – when lockdown set in.

Morgan, a frequent freelance assistant director, notes: “It’s the first time in a while that I’ve had time to sit down and just look at my own ideas.” For writer Dunleavy, however, the replacement of distractions with pockets of time has become a pressurising force. “I’m going to burn out now … you’ll just have to live off that until 2022”, he forewarns Morgan and Laoise Murray jovially.

Moving forward, tasteinyourmouth also mourns festival cancellations, but invites the challenge of “marry[ing] the feasibility with the experience” of intimate or site-specific performance rather than surrendering to their arbitrary place in theatre’s immediate future. This eagerness to explore new mediums has been accelerated by prevailing restrictions, Morgan admits, revealing plans to adapt the company’s original stage play B(l)oom to film. “On a shoe-string budget!”, Dunleavy chips in.

Elsewhere, graduate theatremaker Luke Casserly loosely considers himself “a typical case of someone working in the arts”. With a future obscured by question marks and the government not “really making the investment into the arts that was promised and is really needed to sustain the sector”, Casserly says he wonders “what the ecology of the arts sector is going to look like”.

Drawing a line under online content and makeshift theatre equivalents, Casserly concludes: “Liveness is a very particular thing and it can’t necessarily be recreated at the moment. So for me, I think it’s just about missing it and being sad that we can’t have it instead of trying to half-ass it.”