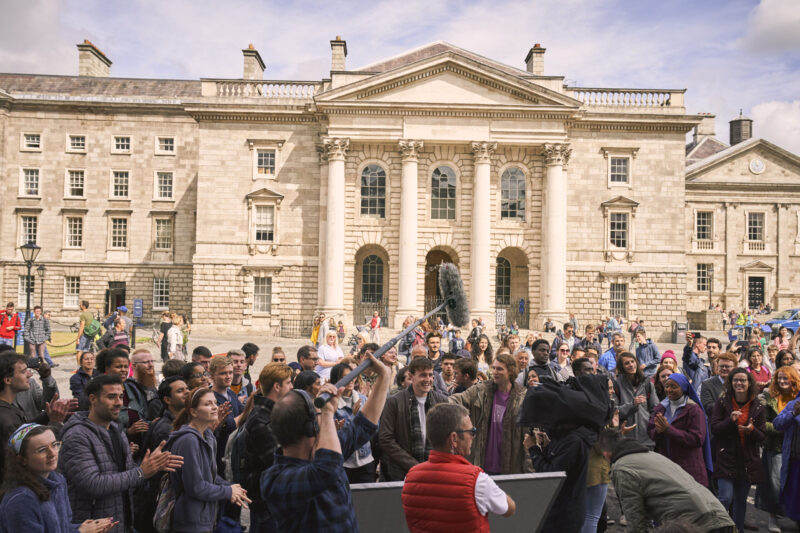 If you were to ask my eight-year-old self what my top three favourite books were, I would have ranked them as follows: (1) Molly Moon Stops the World, (2) The Dragonfly Pool and (3) Under the Hawthorn Tree.

Molly Moon takes the lead, of course, due to the fact that the protagonist is my namesake and I was, yes, a total narcissist in my youth (and admittedly remain so to this day). More to the point, however, they all have in common a young and audacious female lead that I was convinced resembled the young and audacious female lead that I had cast myself as in my own life (again, complete narcissist).

When I was younger, my world was crystallised through the stories that I read. Authors reassured me that the worries that I had were universal and saved me the labour of having to come up with a plot from scratch.

Through my teens, this validating quality of books was central to their sustained appeal – they had an ego-fulfilling capacity that told me it was completely normal and acceptable to be feeling what I was feeling at that point in my life.

It’s a romantic notion of storytelling, I’ll admit, but it fuelled a love for reading that endured through my adolescence (something which most of my family members struggled to do) and even drove me into an English degree. God help me.

So you can imagine my confounded horror when I arrived at college (sheltered, but well-read) only to discover that this portion of my life had yet to be narrated by the wordsmith of our times. As it turned out, there were next to no books that explored the prosaic concerns of the customary college student of the 21st century.

I was well and truly shaken by the prospect of facing a period of my life that had no fictional counterpart. Who would be the Molly Moon of my early 20s?

I wasn’t alone in this struggle. The lacuna of college narratives in literature – a yawning gap between a bedrock of children’s fiction and a throng of memoirs written by people in their late 20s – had long left college students bereft of a fictional roadmap and had us waywardly navigating the treacherous waters of our early twenties.

And this explains the unprecedented, unrivalled and disproportionate hysteria that has accompanied Sally Rooney’s writing. Rooney copped it: no one had written an authoritative text on the modern college experience. Before Normal People (a time referred to as “BNP” by many) college students were plunged into a world unknown and unexplored. It was a perplexing sphere that presented such unexplainables as the biannual apocalyptic spree for free library seats and the unobserved “no smoking” signs at the Arts Block benches.

Few had probed at or even acknowledged the complexities of the 19, 20, 21-year-old’s life. Our generation, just two short years ago, had yet to be immortalised in literature.

I have spent more time debating Normal People in recent months than I care to admit. In every instance I have been forced to declare that the book is either the best or the worst, that it is either seminal or inconsequential, accurate or inaccurate. It’s as if we are all only allowed to absolutely love it or thoroughly hate it.

But I don’t love Normal People and I don’t hate it. I don’t think it’s the best book ever written, but it’s also not the worst. More than anything, I don’t feel that it is the definitive story of the modern college experience, but I will readily point out that it is one of the first – and suggest that this is really what makes it a landmark tale.

One of the reasons Normal People can only be dramatically extolled or lambasted is that there is so little to compare it to. Before Rooney, the only narratives of college that we had access to were those hazy, nostalgic accounts that older generations feel obliged to divulge at communions and weddings when they are, more often than not, inebriated into a state of sentimentality. Normal People, at long last, has offered us all a more realistic – though somewhat romanticised – account of what we could expect.

Rooney tapped into something primal by assuring us narcissistic youths that yes, our pursuits are worthy of literary attention. Normal People acknowledges that college students ask big questions, feel things deeply, and do more than skive off lectures and drink our way through degrees.

Rooney’s book may be the first story to explore the world of the 21st-century college student, but I sincerely hope it won’t be the last. I will nobly concede that, for many, Normal People is the closest they’ve come to finding the fictional equivalent of their college days. Nevertheless, and at risk of betraying my heartlessness and cultural cantankerousness, I must admit that it didn’t quite strike that chord with me.

So, my exhaustive search for the Molly Moon of my early 20s continues – I look forward to casting myself (and my ego) whenever that story gets written.