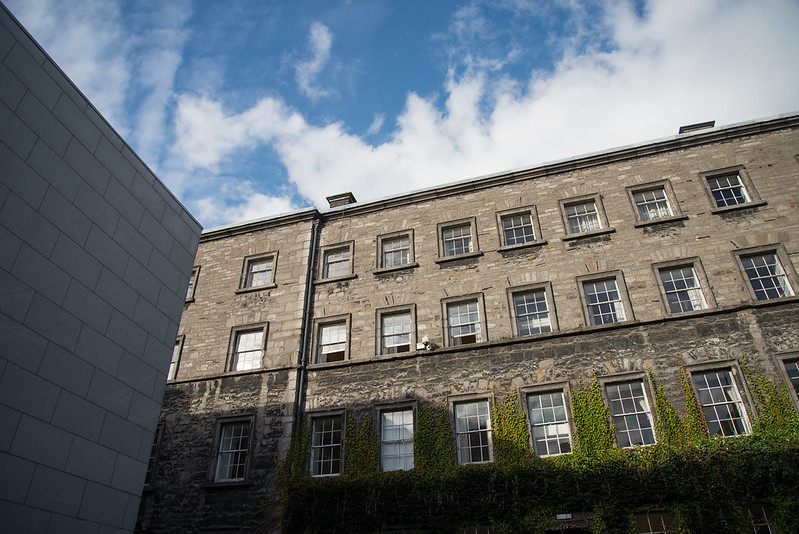 Trinity has reacted angrily to the suggestion that its decision not to make first-round accommodation offers to Scholars based in Dublin contravened the College’s statutes, saying it regretted how the Scholars had responded to the matter.

The riposte is the latest development in a fast-moving dispute between Trinity and its Scholars, which erupted on Wednesday when more than 160 Scholars publicly opposed a move by the College not to allocate rooms to those living in Co Dublin in the first round.

In a letter to Provost Patrick Prendergast, the Scholars argued that Trinity’s decision – which College says was taken due to the “public health crisis” – put Trinity in conflict with its own statutes.

But in an email statement to The University Times tonight, media relations officer Catherine O’Mahony wrote that the decision “in no way challenges the Scholars entitlements” under the statutes.

She said Trinity made the decision “in light of the public health crisis”, and added: “The fact is that no Dublin-based Scholar will be denied rooms this year.”

O’Mahony said that “as of Wednesday evening, 15 of the Scholars – every one that has written to us in the past 24 hours – have already been granted exemptions and will have rooms”.

But Trinity’s insistence that the decision did not breach the statutes was further called into question this evening by Eoin O’Dell, an associate professor in the Law School who chaired the four-year period of revision by the Statutes Review Working Party.

“In my view, the Scholars’ interpretation is a more than reasonable one, and any challenge to the Visitors stands a very good chance of success”, O’Dell told The University Times, referring to the way in which the decision could be brought before the Visitors, who hear internal appeals against decisions of the Board and other bodies in College.

In their letter to Prendergast, the Scholars said they oppose the measures “in the interests of fairness and legality”.

“The College Statutes clearly indicate that all Scholars are entitled to campus accommodation over the course of term, and it is not within the Provost’s jurisdiction to remove such privileges”, the letter said.

Trinity’s statutes, which are available online, state that Scholars are “entitled to reside in College free of rent for such period of no longer than nine months in each academic year”.

As well as the statutory issue, a key sticking point in the dispute centres around the extent to which Felix Frank, the secretary to the Scholars, was consulted on the decision not to offer first-round accommodation to Dublin-based Scholars.

The Scholars criticised Trinity for implying the decision had Frank’s “blessing”, adding: “This not only made the Scholars feel like the Secretary to the Scholars unilaterally made a decision beyond his remit, but it is also a gross misrepresentation of the reality.”

Frank tonight told The University Times that he was only told about the decision after it had been taken, and was not consulted as part of the process.

By the time of publication, Frank had not responded to a request for comment over Trinity’s response.