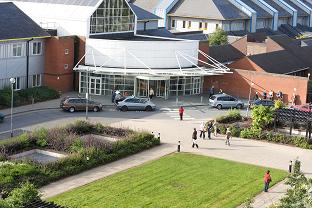 Student nurses who are currently on internships will not receive pay cuts when they graduate, the HSE has said.

Student nurses have faced uncertainty in recent weeks over whether interns would be subject to pay cuts when they completed their internships, as the starting pay for a graduate nurse is less than that of a healthcare assistant (HCA).

Pay rates for fourth-year nursing students working as interns were increased in April to the rate of a HCA, or €13.82 per hour.

Graduate nurses receive “preregistration” pay rates before they are accredited with the Nursing and Midwifery Board of Ireland.

Other nursing students whose placements were cancelled due to the pandemic will “resume as expected” when their enhanced pay rates expire on August 31st.

In an email statement to The University Times, HSE press officer Amanda Kenny said: “Student nurses and midwives on internship will continue to be paid as HCA’s until registration with the NMBI/ uptake of staff nurse position.”

First, second and third-year nursing students whose placements were cancelled due to the pandemic were also entitled to apply to work as HCAs. This work would count towards their clinical placement hours.

Speaking to The University Times, Michael Pidgeon, the head of communications in the Irish Nurses and Midwives Organisation (INMO) said that final-year nurses on internships “would already need to be paid for their internship, but that got upgraded to the HCA payscale – that was so they wouldn’t be paid less than students – and we negotiated that, but then there was the issue of what happens once they graduate.”

“Normally”, he said, “what they’d do is they go on a different pay scale which is called preregistration until they’re fully accredited by the regulator. But obviously that would have been a bad idea because it would have meant a pay cut even though they just got more qualifications, which would have been ridiculous.”

“Normally it kind of makes sense to be on a low internship salary then this medium prereg thing and then you’re fully registered and you jump up to the full salary in the system. But obviously the ordering of it didn’t make sense once we got a pay rise for the interns, so that was the argument we used with the HSE.”

Kenny said: “The scheme for recruitment of 1st-3rd year student nurses and midwives in response to COVID-19 is a temporary scheme, based on the expected return to undergraduate programmes and supernumerary clinical practice placement. The scheme for 1st-3rd years, based on the sanction by the Department of Health ends on 31st August.”

“Student Nurses and Midwives’ supernumerary clinical practice placements will resume as expected based on the requirement for undergraduate nursing and midwifery programmes. Student nurses and midwives on internship (which is paid clinical placement as is the norm) will continue until completion of the internship period, which upon successful completion, precedes registration with the NMBI.”